THE GALLOWS (6-Point Noose) AKA Shiva the Jank Destroyer

If you'd tired of watching our NEH overlords jerk themselves off to completion before you can get your umbrella open, then you're going to have to roll up your sleeves and start playing dirty. Conventional wisdom says you need a fast deck that can trash assets almost as fast as they come out. Whizzard Faustcakes is a respectable strategy - it's fast, it's reliable, it's probably what you should take to your store championship.

But sometimes you aren't playing to win. Sometimes you aren't even playing to have fun. Sometimes you just want to find something beautiful and destroy it. I won't ask why you're doing this and I won't judge - we all have our reasons. Maybe you fancy yourself some kind of cyber paladin, and you think God put you on this earth to punish netdeckers (your holy aura makes you immune to irony). Or maybe today you're going to be the person who teaches Billy not to play Argus in the "competitive" room. However you justify it, we both know you're a terrible person, so dig out your Blackmails and Incubators from whatever hole your threw them in. We're about to do something stupid.

This deck is inspired by many that came before it, but for me it all started with control decks like Congress Kate, which I liked to imagine as a noose that was exactly 6 agenda points long. You let the corp diddle themselves while you set up your rig, and then right on the cusp of your defeat, you suddenly freeze the game state with Clot recursion and unrelenting remote server pressure, and watch as their victory slips away, point by point.

Today I'm doing something slightly different. Valencia can accomplish a similar lock, but she doesn't need to build an entire shaper rig to pressure the remotes, she just needs a single Blackmail. Less reliable, but much faster. Just what the doctor ordered.

First, let's get the ridiculous, over-exaggerated boasting out of the way. Here's what you can expect:

Rather than firing off Blackmails at everything in sight (or to slowly build up Medium counters, gross), just install The Source as your little snitch, and don't bother Blackmailing anything that's not advanced. Save money on breakers, save time and money on the ludicrous amount of recursion some of the other Blackmail spam decks need to pack.

Yes, your buddy Faust is still here, but this is not just another Faust/Wyld Cakes deck. Think of him as a nicotine patch - when I say you're not relying on him, I really mean it. You'll go 20 games without using him once - he just sits there as a comforting presence (and an unnerving one for your opponent). But if shit hits the fan (ABT, EBC, OAI), you might have to break your sobriety streak.

With Film Critic, Fall Guy, and New Angeles City Hall, your Sources will be nearly impossible to kill, making it a much more resilient soft-counter to fast advance than Clot recursion.

Do not give the corp the satisfaction of halting your jank with bad pub removal. Government sponsored "terrorists" will reignite that fire under their asses.

Cook Up a Yolo Bomb

If you want the corp to know how your toilet feels after you've eaten a Denny's Grand Slamwich, 4 cups of coffee, an overstuffed Chipotle pork carnitas burrito, and an extra large diet coke, then you should play the Incubator/Medium combo. There's generally not a pressing reason to move the virus counters early, so just hold it in until you're about to lose, or when your bladder is about as big as R&D is, and then Blackmail for the win. Yeah, it gets slapped down by an inconvenient Cyberdex Virus Suite, but it's a secondary win con (for a mere 3 cards), so shut up.

How Do I Pilot this Heap?

It's not especially difficult, the main thing is not to panic, and not to blow your load before you really need to. Let the corp hang themselves on that rope - there's only a handful of fairly situational cards that will let them off this ride.

The hardest decisions you'll make are when to let them get away with scoring, and when to rush a bit and allow your first The Source to get trashed (although with 2 Fall Guy/ 2 Film Critic, you've got a solid shot at keeping it alive).

The deck has an absurd amount draw to give you the best shot possible of setting up your rig before you lose. If you don't have a lock yet, do not stop drawing until you're back in control. Discard any pieces that aren't essential, including econ. Levy is not here for Faust - it's here so you can overdraw carelessly.

Against scorch decks do NOT run until you have your New Angeles City Hall, I've Had Worse, or a sizable credit lead. Kill decks usually have much weaker scoring contingencies, so you can generally afford to let them score a good 5 or 6 points before you start sweating. 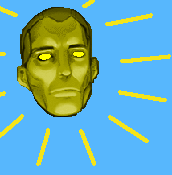 SUCCESS RATING: You Forgot to Tech For Valencia/10

Winnable, but not on autopilot. If you get Blackmail before The Source, consider using it if you sniff an agenda rush - an early ABT can be rough to come back from. Pray that your opponent is playing a post-MWL version without Caprice. Sometimes they still fit one in though, and toss in on their scoring remote. Try for it as many times as you can afford, but get your Medium fallback plan ready (try to only pop a single Incubator at a time, since EtF always packs at least one Cyberdex). Ash is much more manageable - just Blackmail the server twice. Don't get caught off guard by a lategame Biotic Labor.

SUCCESS RATING: Sure, they can win in 8 turns, but you can always just cheat, right?

Even though this deck was very much built with NEH in mind, I'm not going to pretend it doesn't lose half the time anyway. This is a brutal topdeck duel. Find The Source as soon as humanly possible. It will turn off their 1st layer of fast advance, but remember they have 3 potential layers (SanSan, Biotic, Astro). This means you still need to keep SanSans trashed, and if they nab an Astro, you need to try to Turntable it away from them. You have no counter to Biotic Labor, so if they hit 5 points, you need to check every remote and constantly keep up the pressure. An early Medium bomb can really catch them off guard - even with only a few counters. Strongly consider Blackmailing R&D repeatedly until they purge it.

SOMEONE decided to unearth the Prepaid Kate Slayer - you've got a worse matchup here against this wimpy vegan variety than you do against the strong, manly kill decks. Oversight AI is a bit annoying, but it doesn't do what they want it to anymore. To use it effectively against you, they must become mere mortals and not pick up the ice (this makes many Blue Sun players physically uncomfortable). Their absolute best play is to rush as fast as possible behind an OAI'd something. You've got ONE D4v1d and ONE Faust, so dig like a madman. Lizzy Mills can turn off the Blackmails - find Activist Support+New Angeles City Hall when she pops. If they want to play with 2 for the rest of the game (reinstalling her every turn), then pressure their remotes with Faust and get the Yolo Bomb online. Executive Boot Camp is the real terror here - Fire absolutely everything you have to kill it, or fold and prepare your "Just Wait Until Councilman Comes Out" concession speech (I have mine written up on handy notecards).

SUCCESS RATING: Your divorce lawyer, Feedback Filterstein, will find a way to invalidate Jinteki's prenup and negotiate a laughably small settlement in your favor. His legal fees are pretty steep though.

Don't run until you have Feedback Filter or Infiltration, or you're desperate (in the latter case, use The Source to force advancement tokens, and then make sure you can survive a trap). Win. Win hard.

SUCCESS RATING: Caprice Nisei will get custody of the children, and take 75% of your assets in alimony. You'll fire Filterstein and ask for new representation, but the judge will deny your request.

Win before they can get a Caprice on their scoring remote and R&D, or fold and deliver your "Just Wait Until Councilman Comes Out" concession speech.

SUCCESS RATING: Crack your knuckles menacingly and prepare to show them why Haarp will never be a top tier deck.

Collect what you need to survive a kill - I've Had Worse will be sufficient until they've scored a Breaking News, then you'll want your New Angeles City Hall or a second IHW to survive the 24/7-Traffic-Scorch combo. After that, just install Film Critics and...run the remotes while giving them your best "Was that really your entire plan?" face. It's obvious that this deck isn't fun to play against, but it's also not that much fun to pilot, unless you're some kind of sadist. To me, this deck should exist as a constant threat to the meta, rather than something that's actually played.

The current competitive corp meta seems to be "fast advance or bust", which is unfortunately one of the easiest ways to "tech" against Valencia without really intending to. While this doesn't shut the game plan down completely, it allows them to bluff/never-advance again, which means I'm no longer strictly in control. You can prepare for this to an extent by slotting in cards like Infiltration to save Blackmails, more recursion so you can literally spam the Blackmails, or anti-asset cards like Scrubber or Imp so that you can keep SanSan down more comfortably.

Ironically, though I set out to beat down NEH, this deck really just makes every other corp weaker by forcing them to waste deckspace preparing for it. EtF trying to get away with using Battys instead of Caprice? Slap on the wrist. Blue Sun trying to not run Mills/EBC so they can use cards that actually advance their strategy? Slap on the wrist. The further you stray from Astrobiotics, the more brutally it punishes you.