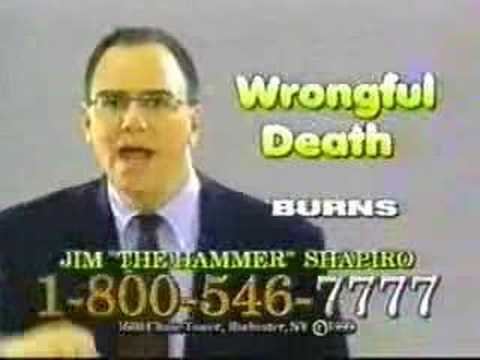 Eddie Kim is a simple man. He likes two things: smashing bioroids, and reminding his friends about how he lost his hand and his job. The latter get's pretty stale pretty quickly, but the former is fun ALL Day. This here is my take on a blunt force anarch deck for the brave new world in which we find ourselves.

BASIC GAMEPLAN: Inject, Take Beatings, and Franticly Code your way to a Magnum Opus, while dumping conspiracy breakers in the bin. Then pressure the hell out of remotes, installing run-supporting econ and trashing useful Ops (and getting extra R&D accesses) along the way thanks to your handy Hammer of Justice.

The big strength of this deck is consistency of setup. The number of hands that start with either Frantic Coding, Magnum Opus, or draw is quite high. Once you have Opus, you can apply pressure while also gradually building incremental econ advantage and/or central pressure tools. It rewards reading the corp and figuring out when to gather strength and when to swing the hammer, but I have had pretty good success (and more importantly, fun!) with it so far.

Paperclip: It's the best.

Black Orchestra and MKUltra: Not very efficient, but the heap install is just too good in this deck.

I run a full set of each to make sure we are "set up" with copies in the heap as soon as possible. Also has an ancillary benefit against that most hateful of IDs: SkorpCorp.

Magnum Opus: Needs no introduction. It is the core engine of the deck, and as powerful as ever. Conspiracy breakers are credit hungry, so this is the most consistent economy we can find (and we don't need most other restricted cards). Full set for consistency.

Sure Gamble: Love a sure thing.

Daily Casts: Magnum is click intensive, so having some supplemental clickless money is good. Also can be re-troped AND keeps the "permanent" count up for Street Peddler.

Mining Accident: Yes, "Accident". I love what this card does AND the morally uncomfortable flavor. Bad pub is always powerful, but it is especially good in a deck that wants to run a lot and uses conspiracy breakers (you can use it for the install). Ideally you land it when they are below 5.

Spinal Modem: I have always had a soft spot for this console and I think I have finally found a home for it, right in Mr. Kim's muscular spinal column. I would love , and considered Maw, but 2, is really helpful econ, and 4 is less of a tempo hit than 6 in a click heavy economy like MOpus.

Ice Carver: The conspiracy breakers are all about break-points, and having Carver out will increase the number of ice which require only a single pump from Black Orchestra and MKUltra.

Datasucker: The lack of a console means I'm often trashing this later, but it can be useful early on to reach break-points as with Ice Carver. Certain high Str, high sub ice can be really nasty with MKUltra or Black Orchestra (looking at YOU Fairchild 3.0 and DNA Tracker).

Draw. Draw is important in a deck that wants to toss its breakers in the bin.

Frantic Coding: This card. Modded+SMC+Diesel in a single card. Using this to find Magnum Opus is actually preferable to having Opus in your starting hand. The discount lines up perfectly, you are very likely to hit at least 1 Opus, and as a benefit, you usually drop one or more breakers in the bin. Oh, and gives you a 2 credit discount. Just absurd. Once you have opus, it can still be good to use this to grab paperclip, since that is the most expensive install.

I've Had Worse: You have to run this in Kim for flavor reasons. Also because it is a great card. Once you're set up later and don't really need to find things, it sits in your hand as insurance.

Inject: I would have the full 3 based on its absurd synergy with the conspiracy breakers, but I also don't like accidentally dumping other programs in the bin. Though Trope can get something back if we REALLY need it. Still useful.

Street Peddler: This is really draw AND econ, but I'll put it here. The deck is 2/3 "permanents" so the chances of a total whiff are quite low. Also has great synergy with the conspiracy breakers, since you can install the thing you want and it will dump any breakers that were under it in the bin for immediate use mid-run.

The Turning Wheel: This deck runs a lot on centrals. That's where Kim get's to smash stuff. If they can't tag you, this basically let's you win eventually if they don't score out.

Equivocation: One of my favorite cards of the last year or two. This goes well with.. well, everything, but in this case with Kim's Hammer, which renders more of R&D "soft". Also stacks with The Turning Wheel.

HQ Interface: I am as glad this was spared rotation as I am the R&D Interface was not. HQ is a magical land full of agendas these days, thanks to the departure of Mr. Howard. And runs on HQ are rarely wasted with Kim, since Ice is the only card type you can't wreck or steal when you get in. Surprise Peddling this after getting in is fun.

Trope. Sometimes you get really unlucky with your Frantic Coding and need to grab something key back for a long game. Or you just want to shuffle back in your Gambles and Casts. Since this goes away when you use it, it isn't as much a memory problem.

I have found this deck to be better than I thought it would be. The key is reading when you should build up money and when to run. Once you have a "cushion" of credits, you should try to pressure at least 1 central a turn, where you can be quite disruptive. But you can also remote camp with Magnum, depending on what they are doing. The setup is messy, fun anarch style, but the gameplay as you go through the game feels like classic Netrunner, which I really enjoy. Almost as much as those Jim Shapiro ads from the 90s. I hope you do to!