Give It All Away 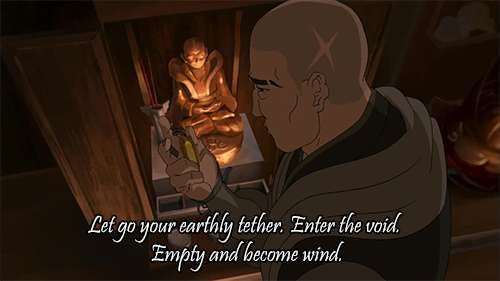 I've always wanted to build the empty mind deck, so when Reign and Reverie came along I was obviously very excited that the pack would have support for the strategy. The most interesting thing to me about this deck is that this is really a new way to play Netrunner, and I haven’t felt that for a long time.

At the core of this deck is the concept that everything you have, in your hand or installed, can and should be trashed if the time is right. Let’s break it down.

The elephant in the room: Damage Prevention

The obvious problem with the empty mind strategy is damage prevention. You’re vulnerable to everything from Snare to BOOM and you need a way to get around that. In comes Heartbeat. It’s a cheap, powerful little console and it solves a lot of problems. I will say it’s sad that we can’t also play Patchwork because this deck would love it, but my meta is full of very painful Jinteki decks with Kakugo and Obokata Protocol so Heartbeat it is.

Gnat’s economy is powerful as it is, if you manage to keep your hand at 2 cards or less you’re in a strong place. Guinea Pig is obviously also very good for Gnat but what’s most important about this deck is the Aesop’s Conspiracy engine - it ties everything together. As you can always reinstall breakers, the core of the economy setup is to use Aesop’s to continually trash one of the Conspiracy breakers and then reinstall it by running. This works exceptionally well, especially with CybSoft MacroDrive and Technical Writer to speed things along. Cache and other cheap cards do a good job of powering this system too.

The cherry on the top of this deck is District 99. Once it’s on the board you should always be generating a token somehow. The value of this is not in mass recursion but in selectively returning powerful cards back to hand in order to get value. Once you’ve emptied your grip (and mind) you should be gaining a click a turn off of Emptied Mind, you don’t want to keep cards so you don’t want to hard draw your deck. Instead of drawing District 99 allows you to get the tool for the job when you need it, strong picks are Divide and Conquer to finish up the game, Guinea Pig for lots of money, The Noble Path to run that possible Junebug and Wanton Destruction to smash HQ.

There’s a lot more that could be said about this deck but I think it comes out in actually playing it. It definitely needs more testing and refinement but it’s already daring and refreshing!

"One who has nothing to lose has strength beyond imagining."