This one’s for you, Craig!

Anyone who knows me know about my passionate distaste for asset spam, and I find the best way to learn how to beat it is to play it. And also a wise player once said ”…its the corp I'm the most nervous about sitting in front of as any runner so it's what I'm playing as corp.” So I decided to try and build some Prison-ish deck, mainly because Fetal is back.

I went with RP over IG because I don’t want to trash any of my stuff, and I like the idea that they need to “waste” a click and credits to deal with some ice.
I think the game plan is quite self-explanatory, though - don’t touch my stuff, and everything hurts and/or costs to steal. Funny thing is, I wasn’t even sure it had a viable win-con since I had hardly play tested it at all. Sad thing is, it took about 50-60 minutes to finish a game if the runner was fairly cautious.

Agendas: Heeeey, Fetal is back \o/. Sting! is an awful.. err, I mean, awesome agenda, and Philotic is just a given. And out of available 5/3’s I guess TFP is the best choice, because if you get stuck with it in HQ it could be very taxing for the runner to try and steal it, and possibly even lethal.
ICE: Architect is an amazing piece of ice, and even more so when it fires. It has happened maybe twice since I started playing back in 2015, but this weekend it fired at least 4 times, it was glorious. And needless to say it’s great against ice destruction (looking at you Stabby MaxX). An Anansi that cannot be, or at least hurts a bit to, trash feels great to have protecting HQ if you get stuck with that TFP after all. And Crick, well, I just like it.
The rest: The rest I guess is pretty standard asset spam tools, draw and credits, and lots of it. Archived to bring back Hostiles or Bio-Ethics.

MVP (or at least a pleasant surprise) turned out to be Boot Camp, and here are some favorite moments;
- Rezzing ice to avoid Leela-shenanigans.
- Adding a Snare! to HQ before successful run with Legwork.
- Finding Hostiles or Bio-Ethics to speed things up.
- Shuffling away TFP from an unprotected R&D before the second successful run.


Quote of the day
“I got to rez you, you fired, and you won me the game” 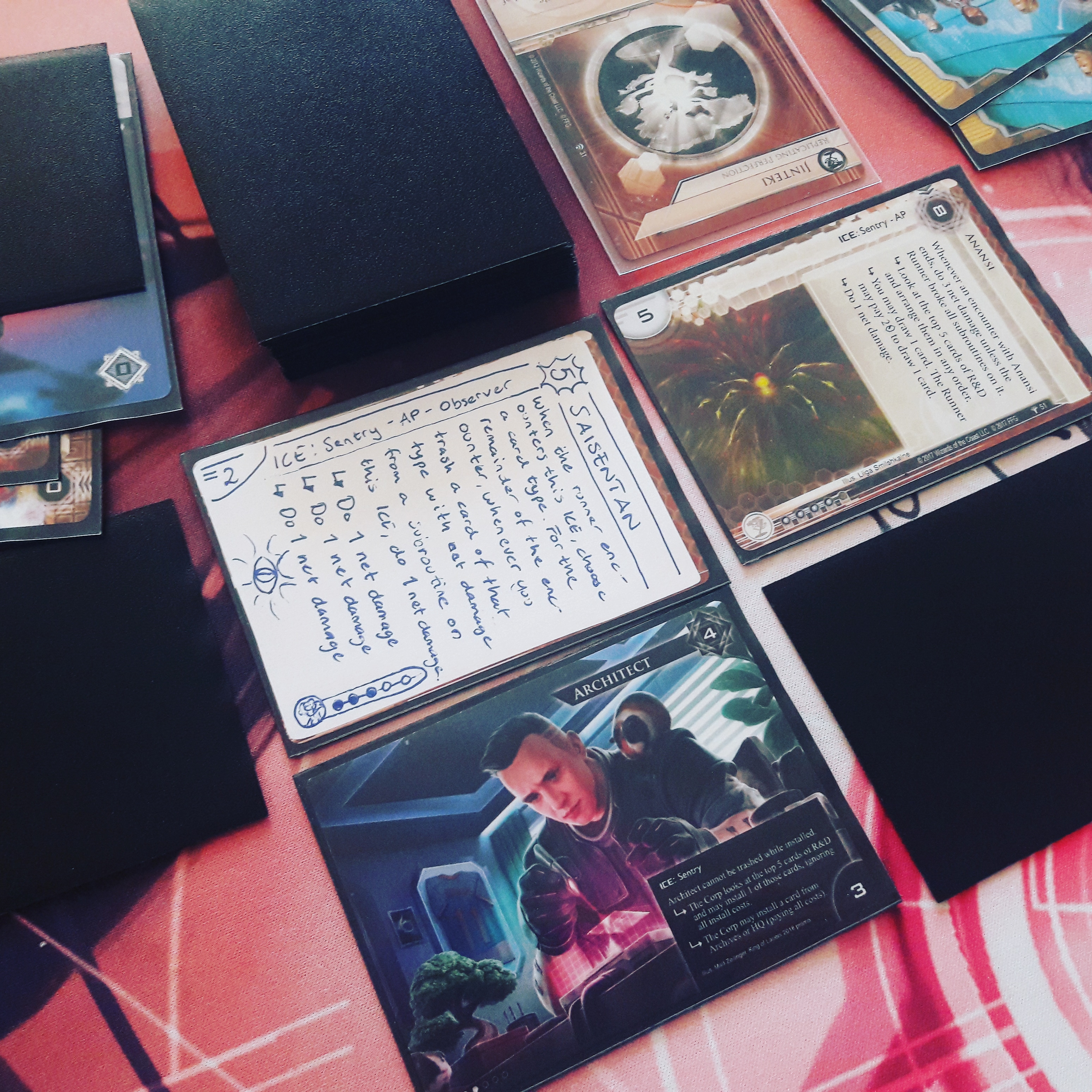 (With my unbelievably beautiful Saisentan proxy as a bonus)