In the Grim Darkness of 2019 There is Only #WarhammerWednesday 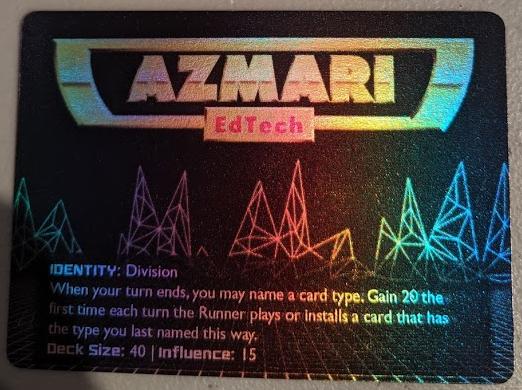 After Worlds I began to think about UK Nats and what decks I might bring to it.

Then I did no practice and so decided the day before that I would just play my Worlds decks again and hope that the jig wasn't completely up on kill Azmari.

I made one change to my worlds list which was swapping the one-off IPO that I played only a couple of times for a Psychographics to use vs Liza without going full Self-growth tech.

I didn't use the psycho at all but with two consulting visits the theory is sound I think. You can usually try for an early score if Liza is expecting kill and controlling tags until the dummybox and paparazzi show up and echo chamber often goes unchecked.

The EOI lists and the scarcity version of the kill list both may be better vs Liza.

The deck did me proud on the day, only dropping one game. My runner was again Mixtape for the Street Sweepers as Hayley is getting massively changed by rotation and I wanted one last ride with the classic cards.

Gnat was a classic case of trying to work out what the deck's plan was and then rapidly icing up HQ. I managed to score out without getting milled.

Chronos was a bit of a worry as I had decided that I had no need for the costly Feedback Filter just the night before and the early turns involved several mushined cards. I ran what I thought was correct, getting Fetal's both times on a first click which let me draw up after and keep me safer from complete image. Stargate eventually found me a winning Obokata.

I knew that Chris was aware of my deck and that the jig was up so I unhid my alt art and proceeded to go for my 'try to score 4 points quickly plan'. Fortunately for me despite him getting 3 paparazzi early he was unable to find a dummy box and I was going for the winning agenda when he made a counter-surveillance dig for just 3 cards which fortunately missed.

Hayley gave me none of the cards I really wanted to see vs Asa - no Astrolabe, no Paricia and no Aesop's. Chris quickly scored an Effcom from the table and scored out in fairly short order.

Another Liza and run by a friend from the Edinburgh meta so once again... the jig was up. The game progressed with me again trying for early score before Ronan got set up to start accumulating tags but then he made a misplay ending a turn with dummy box but no paparazzi and 3 tags so I was able to consulting-Boom.

Round 4 - vs Andrew Wright (Blue Sun and Valencia) LW

Seeing Valencia I immediately suspected Apoc and then proceeded to not play to my usual apoc plan. Prisecs went in the remote instead of on archives (Stargate and Wanton for zero clicks both can stop them on the centrals) and I lost a big chunk of my ice to the first Apoc. Never managed to stabilise and then slowly bled points - runner didn’t ever go poor enough to be vulnerable to Econ Warfare HHN.

Blue Sun was a hefty game, lots of big ice that slowly ate through my resources. I got to 5 points with the corp on 3 and then he install double advanced just before time was called. I checked the remote and established I wouldn't get in through the Border Controls and so took a run at R&D where I top decked the winning SDS.

Round 5 - vs Filip (Outfit and Leela) LW

This game was on stream so I got to show off my lovely banana shirt and my mascot Sportshopper. I kept what I thought was a pretty good opener with Tech Writers to get me started economically but Filip was able to get two City Works scored using dedication ceremony and the threat of punitive to keep me away from them. I got Stargate set up but then didn't also progress my rig enough and I wasn't able to challenge the winning SSL in a double Border Control plus Bulwark remote.

In the return game I got set up with low credits and put an NGO in my remote with a prisec after Filip Special Ordered for Engolo. The following turn was install Engolo, Doof through IP Block then last click run the remote and I was able to take NGO credits and fire Prisec. My following turn was trash a Kati, Econ Warfare and HHN then the next turn after two tags were cleared I install double advanced another NGO. Filip left it suspecting a QPM and cleared down to two tags and I got the Consulting-Boom.

Final round I felt reasonably confident with a decent starting money hand for Argus but lacking tutors. After Ben scored a two counter Atlas I started to panic and play a bit too loosely and I eventually ran an unadvanced Oaktown click 3 through a Data Raven and took that plus a Prisec tag then 2 meat. I cleared one tag but 2 cards in hand meant double HPT finished me.

419 went similarly to the previous round vs Leela. Ben took a cautious start then got set up with a Paragon and Pad Tap. A run on archives left him with 7 credits and I fired a Rashida to trigger Pad Tap and then double Econ Warfare HHN and followed up with the Boom.

All in all a very fun weekend of Netrunner and the classiques matches on Sunday were also a blast despite me going 0-4 before dropping for some Chaos in the Old World which can be summed up with the following image: 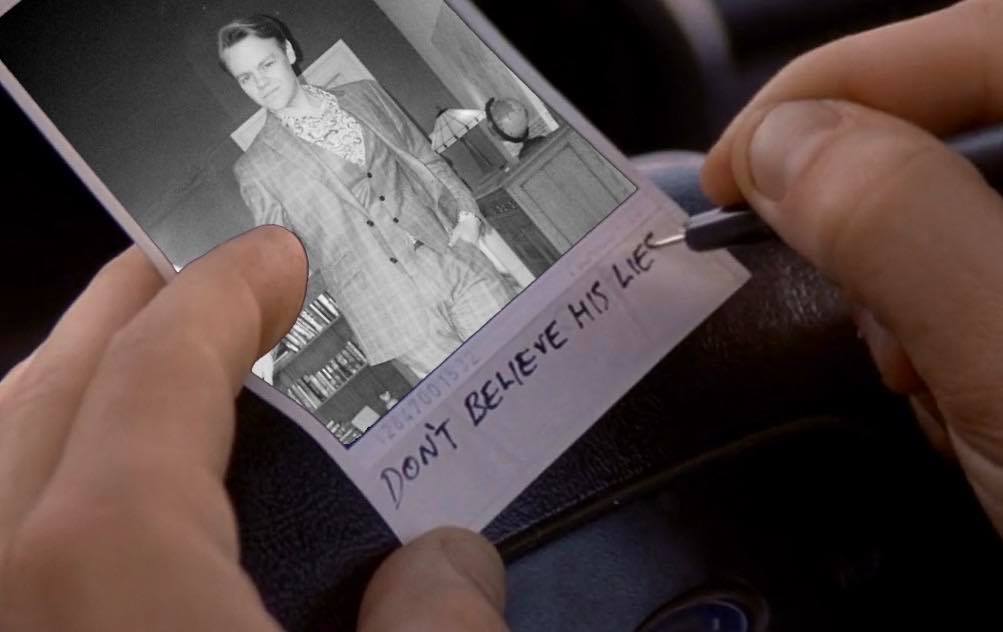 Thanks to all my opponents who were lovely and to everyone who came and made the event such good times!