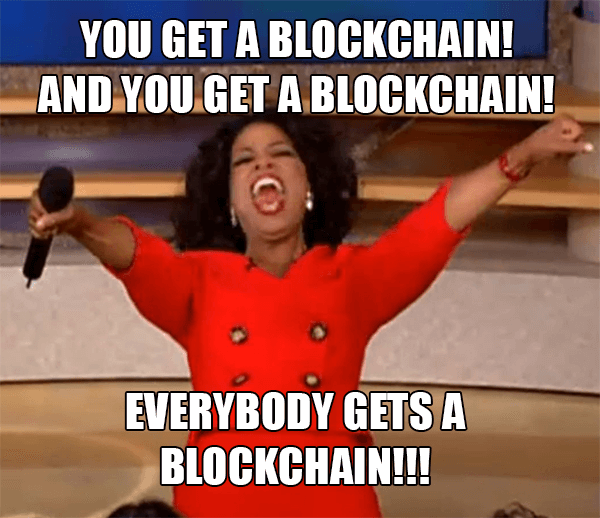 UPDATE : Thimblerig will give you more options than Slot Machine. You can exchange Blue Level Clearance for Lateral Growth, if you think about using Wall To Wall more than I do.

There is 19 transactions (all operations are transactions). It will quickly give Blockchain 8 subs and more, making it as expensive to break as Chiyashi.

Do no wait to get 6+ advancements on 6+ different ices to use Mass Commercialization. With 1 advancements, it equal Beanstalk Royalties. With 2, it is like IPO. With 3, wooohooo, yeah! Just use them as soon as you can. Each transaction used make Blockchain stronger.

Hortum give you the possibility to block AI, if it is the wincon of the deck (I see you Maven list).

And Border Control is the best agenda protection in Weyland. Having to pass again on Surveyor or Blockchain really sting.