SPRINTING WORKS UP A SWEAT!

Hello! This is the follow up to my Meat Sweats Deck that had a little bit of popularity once upon a time. I'm a big fan of BoN and every so often I try to make something work. I think this iteration may work slightly better than the first version! It's Meatier! It's more efficient! It's faster! Get some!

The first version had one goal: flatline the runner. It accomplished that through tags and damage. But that kill package takes up a lot of card slots which makes everything else difficult to fit in. This version has trimmed the fat and focused on the lean meat! We've tossed Hard-Hitting News, BOOM!, High-Profile Target, and its support, in favour of the timeless Punitive Counterstrike.

In the early game you'll want to get some quick ICE on centrals and hopefully set up a single remote. Almost all the ICE is advanceable and the plan is to have one advancement on each server so that we get our Weyland Consortium: Builder of Nations ability up and running as quickly as possible. A pitfall of previous BoN decks is what to do if the runner just sits back and waits for their time to strike. Subliminal Messaging aims to coax the runner into running or letting us get an econ lead for our eventual Counterstrike. An early Wall to Wall can help accelerate the setup.

Once we've established some initial defense, the focus shifts to trying to set the runner up for their downfall. Sprint and Rashida Jaheem really move our plan forward to get a Punitive or two in hand, and one of our 3 point agendas installed as bait. The draw of Sprint and Rashida has a notable speed in a 44 card deck. 3 cards and Mandatory Draw is 10+% of your deck if you consider that R&D starts with 39 cards! Consulting Visit helps you find a Punitive in a pinch and Archived Memories helps you play Punitive twice if needed.

In the event that our main Meaty Punitive Plan doesn't work, there's a couple Gene Splicer to squeeze out a 7th point. With 6 agendas it's tough for the runner to find half of them, and even more difficult if you've scored two. The Splicer shifts that 6-6 boardstate in our favour considerably.

Akhet is great as it can add a counter to itself to trigger your ID, or to something else that helps your plan. Mausolus is taxing and Ice Wall is cheap. Pharos seems like it could be good if the game goes late as that amount of tax could grind out the runner while you dig for your final point. I'm not too sure about Colossus but occassionally the program trashing ends up being really helpful. Another sentry could easily take its place. Slot Machine is a flex spot, but if you score the triple then putting 3 advancements on ICE or City Works Project can be a big swing in your favour. I think you get advancements quickly which pushes 3 Mass Commercialization and 2 Hedge Fund but you can probably tweak the econ. I think SDS Drone Deployment is preferable to Send a Message because it's a bigger tempo hit in the early game, and there isn't that much crazy ICE for you to rez with SaM. I'd also consider Spin Doctor however I think Sprint serves the gameplan better.

Is the deck good? I think it's not bad... It has a clear plan and with the boost to draw it can get the cards it needs in hand with relative ease. The econ package is decent, Subliminal Messaging pressures the runner to make inefficient runs and interact with your ID, and the pieces seem to fit together nicely. But is it fun? Oh yeah! The plan feels good when it comes together. Sprinting into a Consulting Visit to Punitive after a City Works steal just feels like you frisbee'd a steak into the runner's face. As always, I'd love to hear your feedback and suggestions! Thanks for stopping by and hopefully you can make your opponents sweat with that constant threat of meat! 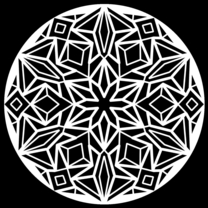