Blue Sun's Out - Blue Guns Out - 3rd at Norwich SC 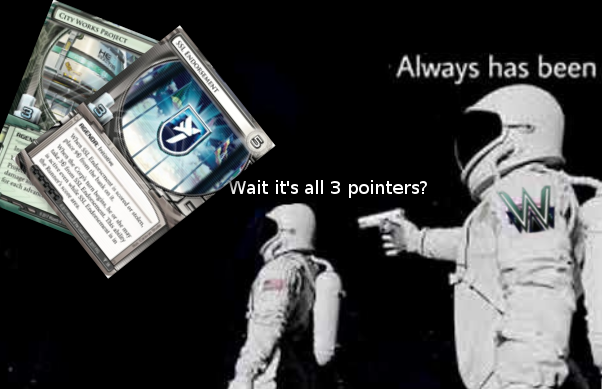 This is the deck I took to Norwich SC.

It went 3-1 in the swiss, losing to Az. It lost both it's cut games, one to a 5 agenda no ice opener and the only ice draw the whole game was surveyor, and the other to Apoc Anarch. 2 SSLs stolen at various points, both divested back, but I hit the IHW on the first punitive both times. I decided to play super lose and throw 6 points in the bin for a super cheesy win if they went to apoc, but dues wild let them draw up to also steal the 3 advanced cityworks in the remote. I'm fully aware that was due to me being loose at the end, don't play the deck like that, slow and steady wins the flatline.

The Tyr is a spicy include that's caught a few people off guard and is a nasty facecheck (and an oversight AI target if you're desperate.)

Snare! was a last second decision, which I'm still not sure on.

Overall I enjoyed the games with the deck, and thanks to Ian for running.