This is the deck that #teamuk settled on in the run up to worlds. I have the honour of posting it as the originator of the deck, which I built the same day rotation hit. It's gone through several iterations but the core of the deck has always been the same, lots of toolboxy one of events that you can recur with Fan Site + Shadow Net, Tapwrm/Saccon as the economy engine and a ton of flexible breakers to suit the situation. It's a perfect Shaper nonsense deck, my favourite kind of runner!

I shared the list with my testing group (Dave Hoyland, Mark Mottram and Seamus Macleod) and Dave/Mark quickly began testing it to destruction. The verdict was that it was favoured in almost all likely matchups due to its versatility. When Mark played it at a GNK, Tim "blabbermouth" Fowler got wind of it and within 2 days all of the UK was on it.

Seamus held out on Strike Smoke, but when all of UK jumped ship from Smoke to this, Seamus saw the light the night before the tournament. Good thing too as he was our best placed brit in at 6th place.

Last minute changes included the ditching or Artist Colony due to lack of use and the addition of Da Vinci to massively improve the Brain Rewiring CI combo matchup, by using Da Vinci and clone chip to cheat two Saccons into play during the combo turn when they can't be best defensed. We caught at least four Rewirers out with this trick. Some players also switched out Interdiction for Feedback Filter when the news about all the PU in the tournament broke. We also added in Polop for problematic assets and upgrades like MCA Austerity, Sandburg, Ash and so on.

(Side note, when me, Tris and Tagore called Chris Dyer for an emergency conference call with Ben Ni to explain the Da Vinci play, Chris leaned back in his chair and said "fuck me" - the dawning realisation that he was going to have to play Da Vinci was priceless.)

The list is favoured against most flavours of Glacier and Fast Advance. It can get rushed out by the likes of CTM, but with correct play (as demonstrated by Seamus's perfect piloting vs TheBigBoy in the double elim) it can maintain pace. It really does not like spikey PU and turn 1 Scarcity but aside from those it always has a game, a line and an angle from which it can win.

The deck was heavily featured in CodeMarvelous's stream of the event, in which several new memes were born when David Swiftie Etherington played Tom Holliday. Most notably the UK now has Senor Tapps (and his long lost brothers, Mister Tapps and Fu Man Tapps). Apparently we Brits flew a long way just to face each other in match after match. 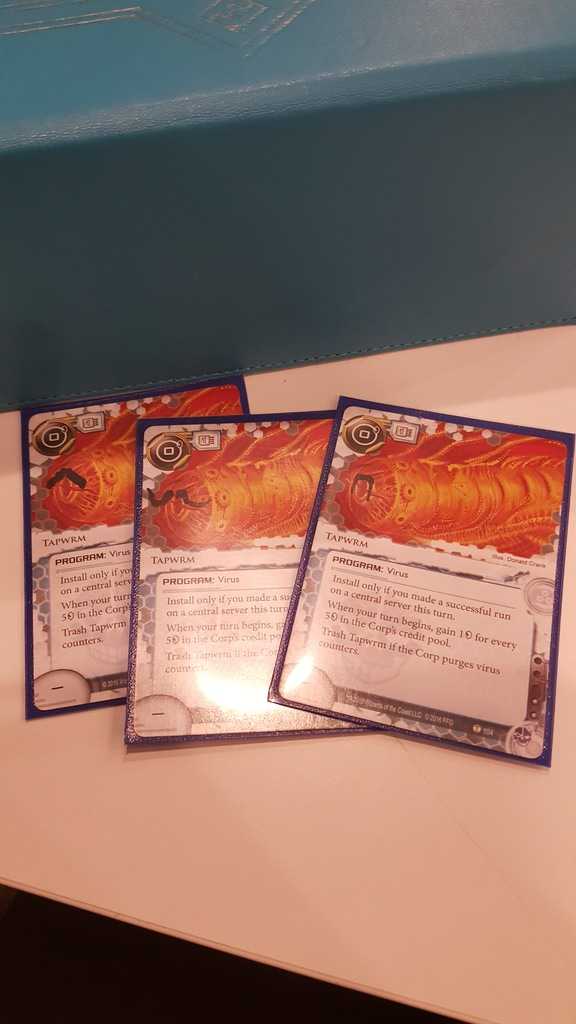