"It's not a prison deck, it's aggressive tempo with a kill wincon" - VinegaryMink 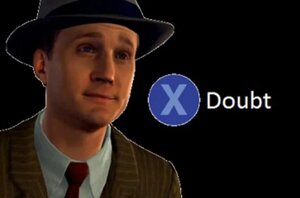 This is the Reality Plus list that almost everyone in the process/snarebears* played at UK nats. Unlike runner the decision to play r+ was reasonably easy (barring a few temporary diversions into PE grinder, Cryptocrash and Ob Rush). It seemed like it was so obviously the best deck, and while we did eventually end up with runners with good matchups against it, it cast such a long warping shadow that the only reasonable conclusion was that it was the best corp and we should just hope that not everyone had gone so deep down the tech rabbit hole.

Enough has been said about the archetype as a whole that it isn't worth going into too deeply here. Specifically here we tried to optimise the number of games where you draw a hand that effectively wins the game in the first five turns - especially against the anarch boat decks that did so well at worlds. The two hard hittings and two attitude adjustments both raise the odds of the ideal draw (turn one-two drago backed up by a hard hitting) and the ice suite aims for maximum annoyance if they do repeatedly attack the remote. Two booms instead of a second restore trades a little grinding power for greater odds that you can convert an early lead into a tidy, quick win without giving them a chance to rip points off r&d and makes it less vulnerable in hq. Two la costas improves your matchup against NFL decks (especially shaper) that want to ride out the dragos for a few turns while they set up for an actual fight over the remote. It also helps your bad scoring out backup plan without losing too much tempo.

This is the sort of archetype that there's never going to be a perfect list for, as the runner response evolves the correct balance of punishment and consistency pieces will constantly shift, but at this tournament I'm reasonably confident that this was the optimal build and it performed outrageously consistently for everyone on it - we had a whole bunch of intra-group matchups in rounds 5 - 7 which prevented us almost all getting into or near the cut.

In terms of approaching playing against r+, the biggest lesson from all our testing was that you shouldn't try and proactively win the game at all (unless you're on tag me) until you are completely sure that you're in control of the game. Leaving every agenda you access - in the knowledge that them drawing it means they either chuck it in the bin for a steal later, waste a spin doctor slot on it, or have to start trashing tag punishment and ice to keep it - until you're absolutely certain that you can still deal with a drago snapping into the remote gives you more time to draw into your tech and work through their deck. Once they're down to <10 cards in r&d you can think about dashing an agenda and trying to steal 7 at once to end the game on the spot.

Testing for this tournament, discussing everything with the Process and SnareBears gangs and running through dozens of runner archetypes trying to beat this monster was some of the most fun I've had playing netrunner in years. The deck might be a Negative Play Experience but the work has been an extremely positive one and I'm super grateful to everyone involved, as well as to Patriot Games and PaulyG for running the first big post pandemic event in the UK. I love you all and I hadn't realised quite how much I missed big irl netrunner events; online conts and worlds were a welcome gap filler but it really, really isn't the same.