Jack Weyland did his time on Earth, got paid, and formally requested a trade. Reluctantly, his former organization acquiesced. From Weyland's new home in the galactic North, he rained bucket after bucket on all who opposed him, until finally only he and his fearless followers were left standing.

The most he talked was on the hard court, and Kawhi was not afraid to let you know that you weren't going to score on him, that you couldn't get past him or that he would score on you. Every time the ball went through the net, he just said, "Bucket. Bucket." That was it.

This deck gets buckets. 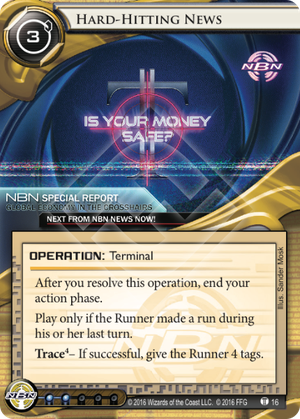 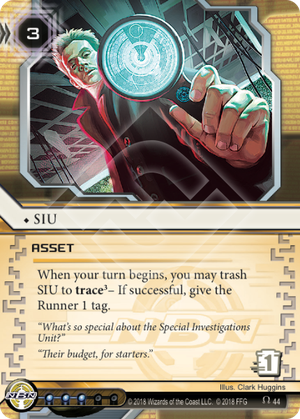 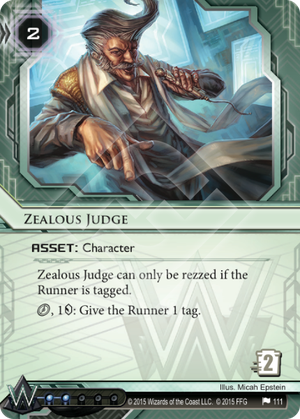 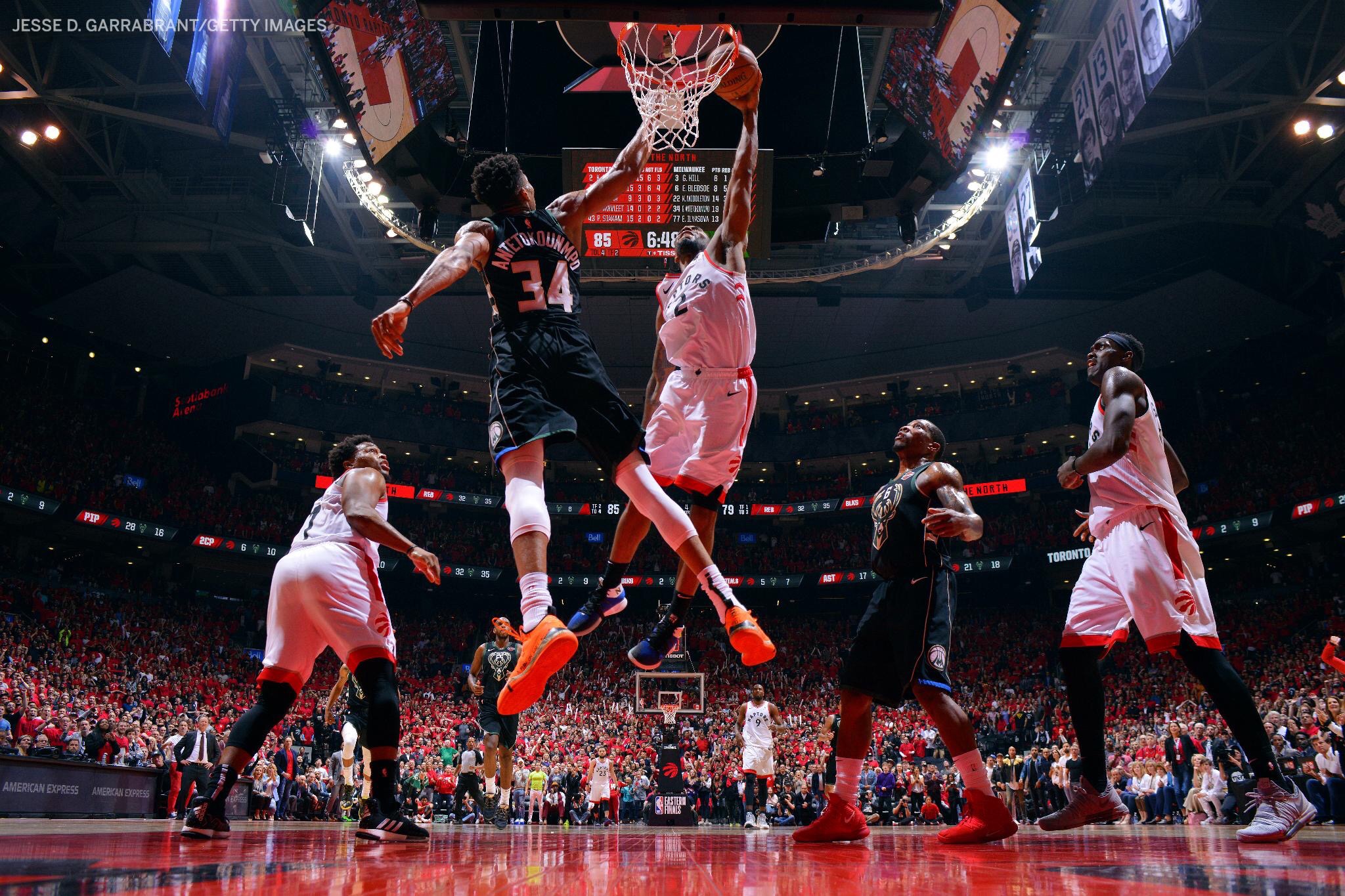 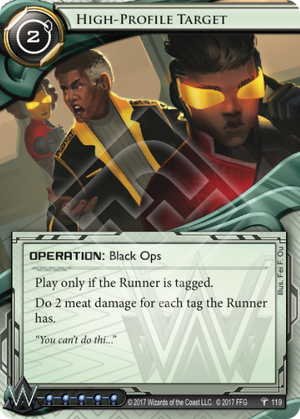 Jack Weyland put in the work, and got paid.

You couldn't score on him, so that's what he would say: "Nope, nope, nope."

If you join The Board, you'll get paid. 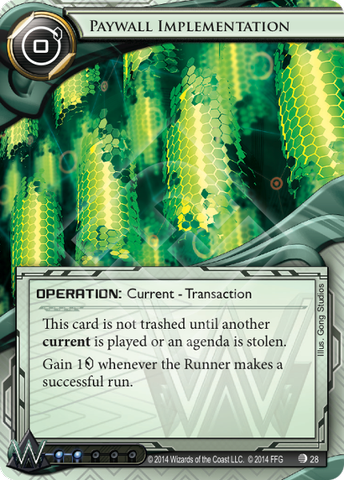 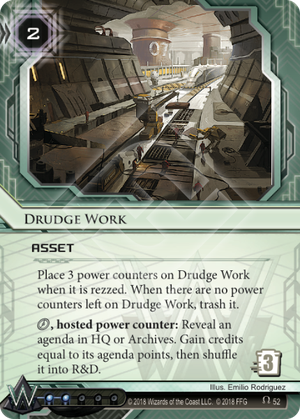 (Coach Fisher) would always say, "Kawhi paid the bills." Kawhi rebounded. Kawhi was the best defender on the floor. Kawhi ran the hardest in transition. Kawhi always did all the little things that helped your team win.

Board man gets paid.

Since winning the OtG SC with Rude Deck, I'd been toying around with various Fully Operational builds that mostly got wrecked by Crowdfunding Anarchs. For this Regional, I thought I'd need something different to handle the increased prevalence of Hayley / Wu builds, and @theBigBoy obliged by tweeting this.

Some friends expressed interest in the lists, so I asked Abram if he'd share. As usual, all he wanted was credit for his list after the fact. I shared them with interested parties, and tried out the Gagarin. It seemed pretty gross but quite effective, and much less durdly than the other Gagarin builds that were floating around at the time.

It was so effective in limited testing that almost everyone I shared the lists with played one or the other at the tournament. I chose my runner deck accordingly.

Given that the field featured eight former Worlds top 16 competitors plus the reigning champ, I decided to turn in my bye to get a leg up. After a tricky runner game in the second round, I drew the absolute nuts with this deck and stuck HHN on turn two despite Gamble + Laundry from my opponent. Judge swiftly followed, and HPT was not far behind.

That put me into ID territory for rounds 3-5 and into the cut as the 2nd seed. Netrunner tournament structure is hard -- 4-5 rounds with a cut to top 4 would just have everyone doing 241s in earlier rounds to try and get a leg up, but cutting to T8 in that number means it's easy to ID if you get a bye and then sweep round 2, which does seem like a little too much of a reward for having a bye. It's tricky.

Going in as the 2nd seed, I chose to play this deck in the cut against @leburgan's Rube Goldberg Hayley. Despite a marginal chicken keep and a significant misplay in not using an available Drudge immediately, I managed to make enough money to stick tags and drop the hammer for the win. RNG determined that I would also corp in the second round of the cut against @spags, where after first turn installs of Rashida and SIU, he gave me an opening by going a touch low on money to install Liberated and Earthrise. I rezzed both, got the tag, and used my last few credits to trash both. He got a Wanton off, but couldn't recover economically before I stuck a few more tags and landed the game-winning bucket.

That left me with nice breaks to collect myself in between the two runner games it took to actually win the tournament.

This deck may be problematic. It throws up threats faster than most runners can deal with, and it's very consistent. In fact, I haven't dropped a single game with it either in testing or at the tournament. I know other players had some success, since obviously some of the other Gagarin pilots were eliminated, but I'm not sure the solutions are great for the game.

Some players like double Tech Startup over the singleton EBC and Mumba Temple. I see the appeal of Tech Startup: rez SIU + Startup, get Judge, click Judge twice into HPT is a Kawhi dunk against most runners... but the flexibility of EBC, particularly against Apocalypse, goes a long way for me. And when games so often turn on whether you have a 1-2 credit margin for the HHN trace or to click Judge one more time, saving that little bit with Temple if you happen to draw it is pretty decent. That said, maybe Abram's original list with one Startup and one EBC is right. I'm not sure how much it matters, since even with corps down in the meta, this deck should probably be dealt with -- its only natural predator is Wu Revoir.

As I said in my runner writeup, I got many kind comments, fist bumps, and DMs after the tournament. Thanks to everyone who reached out or said nice things, you know who you are. :)

Lastly, the Toronto Raptors are your 2019 NBA Champions.