Click the image for memes or here for my runner :) 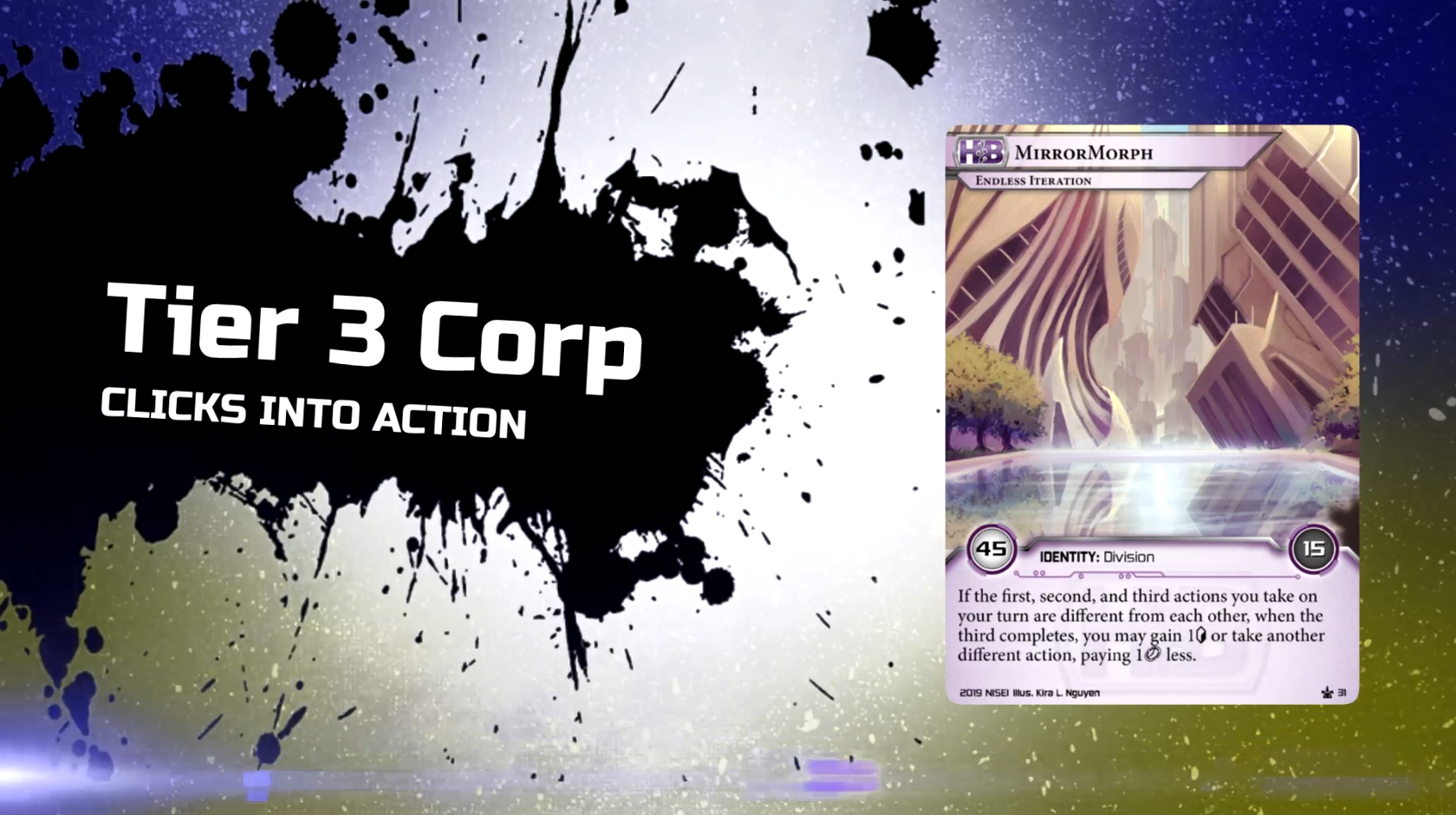 "You're playing Mirrormorph? Cool! It's a solid tier 3 deck."

You know about all these Criminals and Anarch trying to run HQ every turn, trying to charge The Turning Wheel and all that, dropping all the Pad Taps, right? Don't they annoy you even a little bit? Don't you wanna watch them suffer? Don't worry, I've got the corp for you! You'll have a chance to tax out everyone's favorite decoders while chilling, taking your time and eventually closing out the game without sweating too much.

The core of the deck is similar to a PD at home: we have the strong remote cards and the bait, together with the tempo positive agendas. We even play 8, just like PD, though we're on 49 cards and the runner doesn't need to play Mad Dash. They'll need clicks though, something that's gonna be sorely missing. We even have the discount ID ability, Restore. This is one of the best cards of the deck, allowing you to recur pretty much anything you might need to piss off the runner. Be it econ, speed, MCAs, defensive upgrades or Spinnys (used pretty much only to shuffle other Restores back), I can guarantee you the runner's gonna hate you.

The ice suite has been completely revisited, and our gem qvm's Yellow AgMarine deck helped me out quite a bit. "Tax" is the name of the game here. You wanna watch the runner go through your taxing ice over and over again, dealing with Skunk and MCA until you just Restore them back or jam and score. Against Crims specifically, you might wanna stack sentries on the remote, forcing Bukh to break your ice like the weakling he really is. FC2 is also an amazing piece of ice these days considering basically all Aminas have disappeared. It'll almost always cost 4/5, even taxing Boomerangs for 2. Gold Farmer feels anyone?

Don't forget Submarine Messaging, which helps you drip a ton every turn the runner isn't running. You can do stuff like -> Click MCA, Click for , SubMsg , ID , click for . Pretty poggers if you ask me. Ofc there's more tricks but hey, you can't expect me to just spill all the beans.

Huge thanks to the SaT team for the testing and suggestions all around, you're the best. Big shoutouts to @guiot and @wowarlok for losing a lot with both Big Maxx and Cambridge vs this during testing. :P

I'll link the streamed games once I'm done cutting them and all that.