"Everyone has a plan until they get punched in the mouth." This deck is tired of boats sailing free over our servers. I'm here to tell you that even the unsinkable can be sunk. Because wilder things in history have happened than a few goons taking down a seaworthy vessel miles off of dry land; for one there was that time French cavalry captured a Dutch fleet at sea: 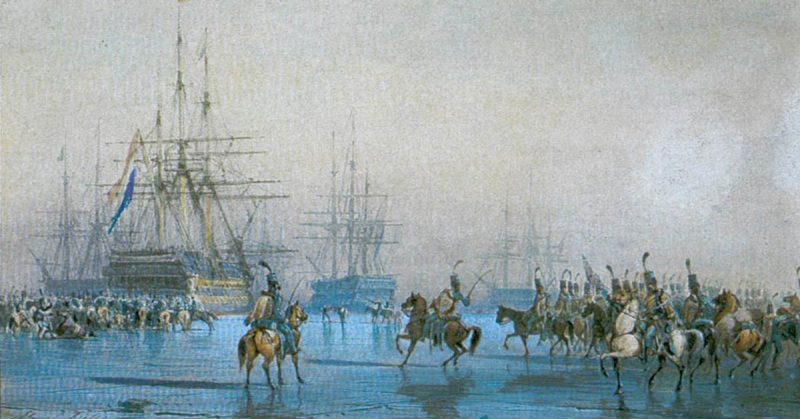 The game plan is simple. Get some economy going, set up a hefty server for Drago to chill in, and start knocking the runner's teeth in, one icebreaker at a time. The goal is to leave the runner in jail, with no form of interaction with your board state.

Once all their breakers and recursion are trashed, they are in solitary and you can begin scoring out at your leisure.

This deck runs 12 ETR ICE across all 3 types, as well as 3x gold farmer as super-value taxing ICE to help you reach that unbreakable endgame. Rototurret is amazing for being an ETR sentry AND it trashes programs. Smart runners will hesitate to run without a killer, and bold runners may find themselves doing your job for you with a bad face-check. The downside, 0 str, is compensated by the fact we are actively destroying their killer at any chance we get. Tollbooth could be Mestichestvo if you want to run cheaper (once all decoders are gone, an ETR is an ETR all the same), but I think the money is there, and Tollbooth is extra taxing in the midgame to help keep runners out of Drago servers.

Daily Quest and Marilyn are the economy, and ideally I start turn 1 with one of these behind an ICE in server 1. Agendas be damned, getting the economy going is the most important thing. Since every agenda steal is a tempo swing in your favor, getting one nabbed early can even be in your favor.

The rig-shooting is pretty straightforward. Once you have some money and enough ICE, put Drago in a server (ideally behind 2+ ETR ICE of different types). If he sticks, tag the runner and start trashing, If not, get another (with Archived Memories if need be). Ping on the Drago server can be especially good for ensuring you get a Retribution off. If you do turn1: install advance advance tag, then the runner needs to clear the Drago tag, run Drago, and clear the Ping tag from the run to prevent Retribution. In many games, this taxes the runners clicks and economy and breaker suite too much. Once one or two Retributions land, you can usually keep them in jail for a good long while. Build up a nice credit pool and double/triple ICE both the Drago server and the money server (which will become scoring server) if you can. Once you have ground the runner into dust, and are confidently rich, begin scoring out. Some games will require tough choices, like only having one well-ICEd server, and replacing Drago with an agenda. This can work, depending on how many breakers the runner has left and how rich they are; the goal is to create a multi-turn scoring window.

What to trash? Obviously icebreakers. Occasionally other programs, but often not. Rarely consoles/hardware - Marrow is an exception because you can severely limit Esa's core damage this way. However, the boat is often a lesser target than icebreakers. You expect 3x boat, but a boat with no breakers is not a big threat. In this runner economy (no startup Rezeki ban smh), taxing the runner 8 credits with a boat trash is often not enough. It is important to play around the boat, as well as Pinhole Threading. This means leaving no un-ICEd servers. ICE archives (eventually), and don't play naked Marilyns. Leave no weakness for them to escape your prison! 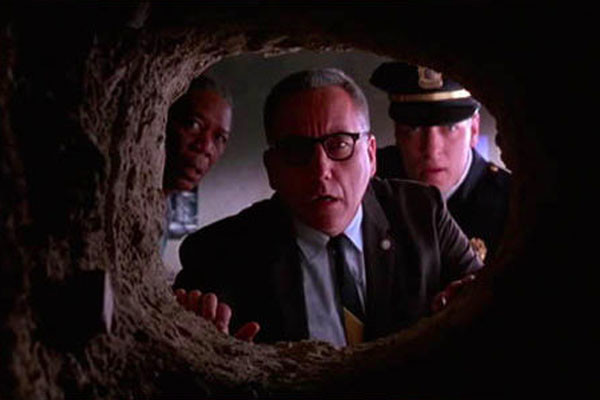 Subliminal is here for money (lots of no-run turns) and as sabotage fodder. One could be cut, for Predictive Plannogram or something. I tried using Funhouse, and it's a great R&D deterrent, but it's a bit expensive and totally useless at locking the runner out. I could see including one, no more. I didn't slot any extra heavy tag punishment (Psychographics, Bachroom Machinations). Retribution is such a threat that tag-me doesn't work vs this deck. The win-con is usually such that Backroom Machinations is only useful in board states you have already otherwise won, but I could see a 1-of. The issue is that it probably just sits around in your hand, which is already super crowded. I also experimented with Snare! and Seamless Launch, but I think the influence is better spent with max recursion, good econ, and Rototurret.

Have fun locking up runners with illegal boats, and may Nisei introduce a startup ban list!