"You wanted to know who the best is? That's him. Iceman. He flies ice-cold. No mistakes. Wears you down. You get bored, do something stupid, and he's got you." (Top Gun)

Continuing in the recent tradition set by my Canadian comrade Eric Kielback (also famously known for his culinary-related naïveté as Whiteblade111 on Slack) of Nucks poaching the National tournaments of other countries, this is the corp deck I used to win New Zealand's Nationals on February 29th, 2020 in the city of Dunedin.

At least I have a New Zealand driver's license. (Thanks to Gareth Harrison for this interpolation).

There's a Don Caballero song I like called "Details on How to Get ICEMAN on Your License Plate," and I think I'll be looking into this as a possibility for my car, I love this deck so much.

With the sheer efficiency of the latest Shaper package of Euler, Cybertrooper Talut, Pelangi, Simulchip, and Aesops, glacier is in a bit of a tough spot right now. Not to mention the ubiquity of Apocalypse and Stargate in the current meta as corps have started to go more lateral in response, so I thought that CTM had the best inherent chance of winning at the moment, with its trace 4 on the first ICE/asset trash, and the absurdity of having ARES in your score area to further punish the Stargate trash effect and Apocalypses.

Bellona is an amazing agenda that's brutal for the runner to steal against this deck, as the goal here is to grind their economy into a dust-resembling substance, and then cripple them with HHN and either Boom!, Exchange, or Psycho out for the win. It frees up a restricted slot where GFI used to be, so Mumba Temple gets to shine here, rezzing all your cards on the cheap (or usually free), and acting like a crazy cash battery, allowing you to not need much actual money in your credit pool, hence the conspicuous absence of Hedge Funds in this deck.

I played about 100 games with iterations of this on JNet in the six weeks leading up to Nationals (fulfilling the Damon marathon), and won a small GNK with it a few weeks before this tournament, so had a pretty good handle on how the deck plays. The synergies between Jeeves, Lady Liberty, and Roughneck Repair Squad (great against Val!) are amazing, not to mention Jeeves allowing you to score a non-advanced Bellona off the table if you have it in a server with a Calibration Testing. In testing, a high percentage of my wins with this deck were from Boom!, but I did not flatline one runner with it on the day of the tournament, scoring out each game.

The ICE suite really just cares about draining the runner's econ, allowing surgical accesses, but making them costly, with Goldfarmer being the MVP for this, costing four credits with Corroder, Aumakua, and even two with Boomerang. If they have no credits to lose after the second sub gets broken, you have them where you want them, hence the name and epigraph of this deck (to be clear, the deck is ICEMAN, not me). Virtual Tour is probably the real game-changer on this front, usually acting as the swing point where the runner gets hosed, especially if you have one or more ARES scored.

Games were against Hayley, Ken Tenma, Leela, Hayley, Jesminder, and Leela (rematch) in the grand finals. There was a lot of Shaper at this tournament, so Misdirection was to be feared, but most were not on Clot, so scoring out was the best path to victory. Against Leela, rez everything you can on the table before she makes a blind access in R&D, or if you have an agenda in hand (or bluff as if you do by rezzing everything anyway) when she runs HQ or you're about to score and get Gang Signed.

The grand finals game against defending champion Ben Wilson was probably the hardest fought, interesting, and at times most despairing game of my life, in that he Turntabled a top-decked single-access Quantum Predictive Model for a Bellona I'd previously scored (which I knew when I did it was a major risk), swinging the game from 4-1 to 2-4 for him. He then Stargated me a few times but whiffed before I could shore up R&D to keep him mostly off that plan for a while. I had to jam garbage in a Virtual Tour remote for many turns in a row (never keeping more than one card in HQ in hand due to Gang Signs and HQI's) just to try and bait runs and dip his huge credit pool into HHN range.

The turning point came when I double-advanced a Bellona, then scored it off a Calibration Testing on the next turn, leaving me with one click to HHN him when he finally got low on money. He Boomerang'd IP Block on R&D while on 6 points for one more top-deck access (the most heart-attack inducing run of my Netrunner career), but missed an agenda, and I Exchanged the Bellona he'd previously Turntabled back for the QPM, closing out the game. Easily the most memorable game I've ever had, regardless of the stakes, and Ben is an amazing player and overall awesome guy who was a pleasure to play three games with on the day.

Together with my Hoshiko deck, which only saw four games to CTM's six (as I played this twice in the two-game cut), my record was 9-1 on the day.

Special thanks to my Canadian friend Trevor Godley (meta4) for his invaluable input on my decks, talking for hours on end in the weeks preceding the tournament about card slots, meta-calls, and doing practice games on Jnet, so a huge shout-out to him here. ⁣⁣

Many thanks to my friend Gareth Harrison for organizing an incredible tournament, with some of the most bonkers prize support I've ever seen at one, and to Lead Developer of NISEI, David Withington, for being a great judge on the day. The folks from Christchurch, Auckland, and Wellington were a pleasure to play and hang out with over the weekend, so thanks to them too for being super rad. 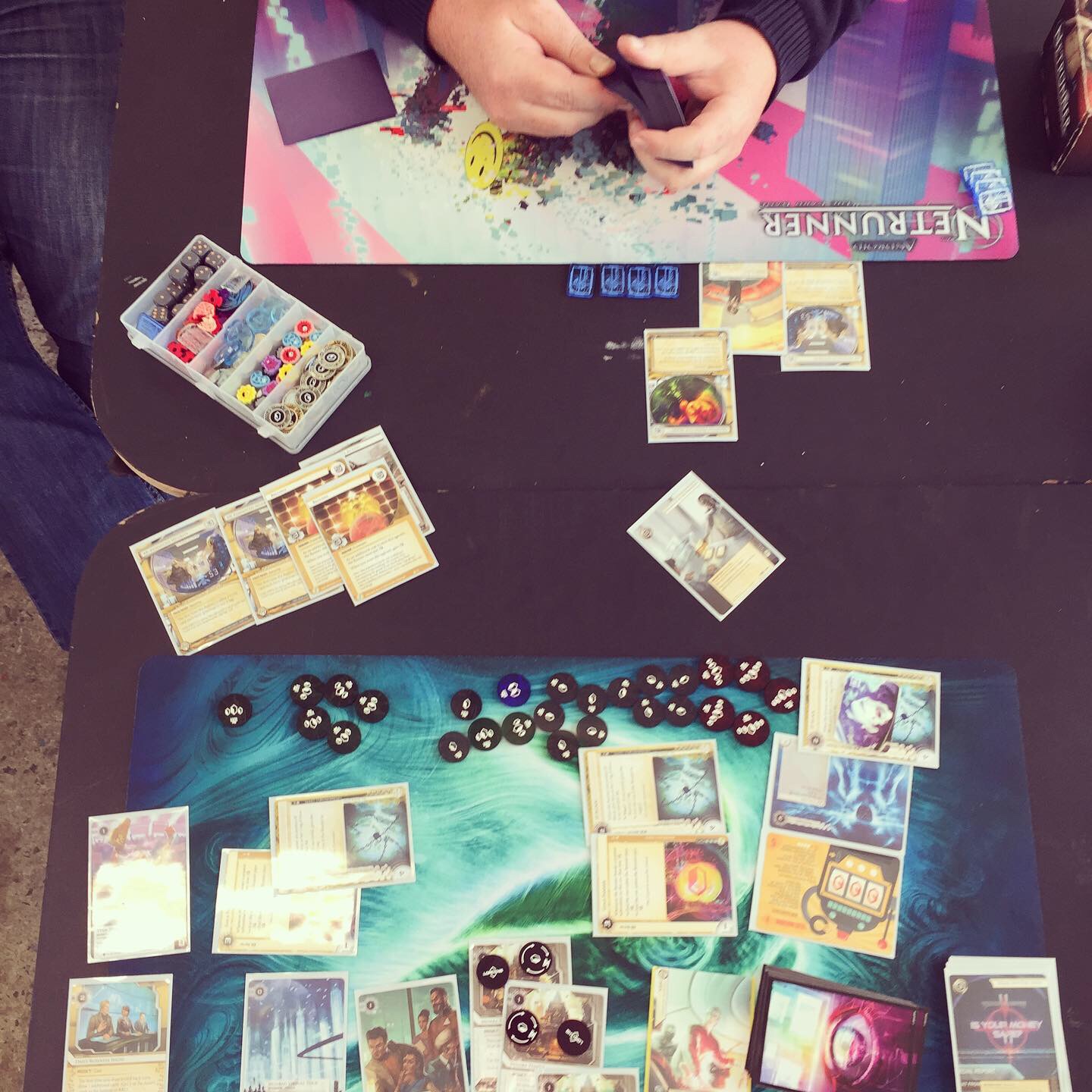