I highly recommend watching the final game with this deck between myself and @osclate, the winner of this regionals. In the meantime, see if you can spot the win. 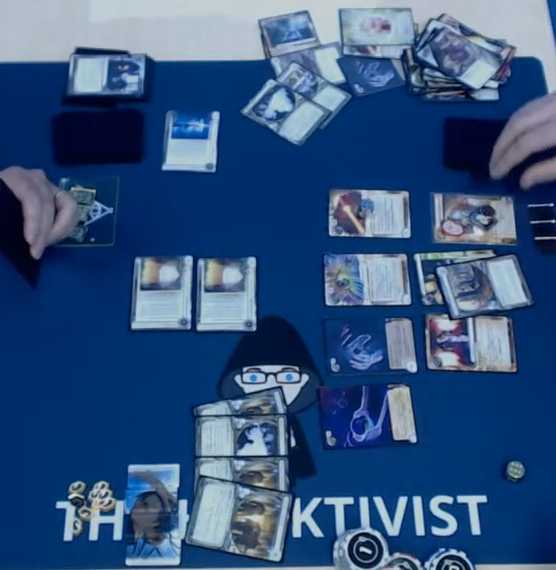 (time of picture above)

It did very well, facing @osclate's Argus three times, going 1-2 with a clear path to victory in the final cut game. It also won versus Hyobu, @TheHacktivist's Blue Sun, The Outfit, and @TheKid's IG.

The deck has a lot of pieces, but the crux of the deck is to keep an economic advantage and pressure centrals. One of the biggest differences between this and Combination Lock Freedom (a very good Euro/UK Freedom deck) is the console. Knobkierie is great and allows you to establish a dominant endgame lock, refueling Imps, Consumes, and Pelangis. Turntable is very much a midgame console, allowing you to stem the tide from an early 5/3 agenda score. @nemaniah described both Freedom decks accurately and succinctly:

"...all the individual pieces are impactful and useful in their own right, so you're not just trying to assemble a combo that does nothing until it's all in place."

In regards to card choices:

-Friday Chip is glue, often acting as another Yusuf. I was tempted to add Virus Breeding Grounds at first, but prefer Friday Chip because it allows you to load Pelangi without any counter on it.

-Corroder -- it could be Paperclip! However, I want to lean on Yusuf and D4v1d to break barriers. Corroder is cheaper and is about as efficient as Paperclip in terms of lock-out protection after a purge.

-Self-modifying Code means that you have an effective copy of every extra breaker. Useful for reducing gearchecks.

Thanks for reading/watching! Full shoutouts available in my corp decklist, Internet NEH. And with that, I present Your Moment of Zen: 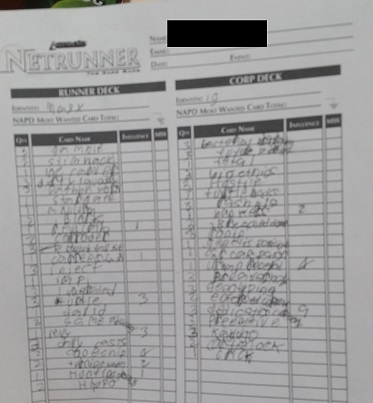