This deck went 3-2 overall at APAC, winning it's only game in the cut, and winning two games during swiss against Jemison and another sportsmetal.

In the cut I won against sportsmetal.

I lost against Jemison and PD in the swiss.

During the Jemison game I won, my opponent landed not one, not two, but three booms. All for value. Obelus is a real enabler of a card. 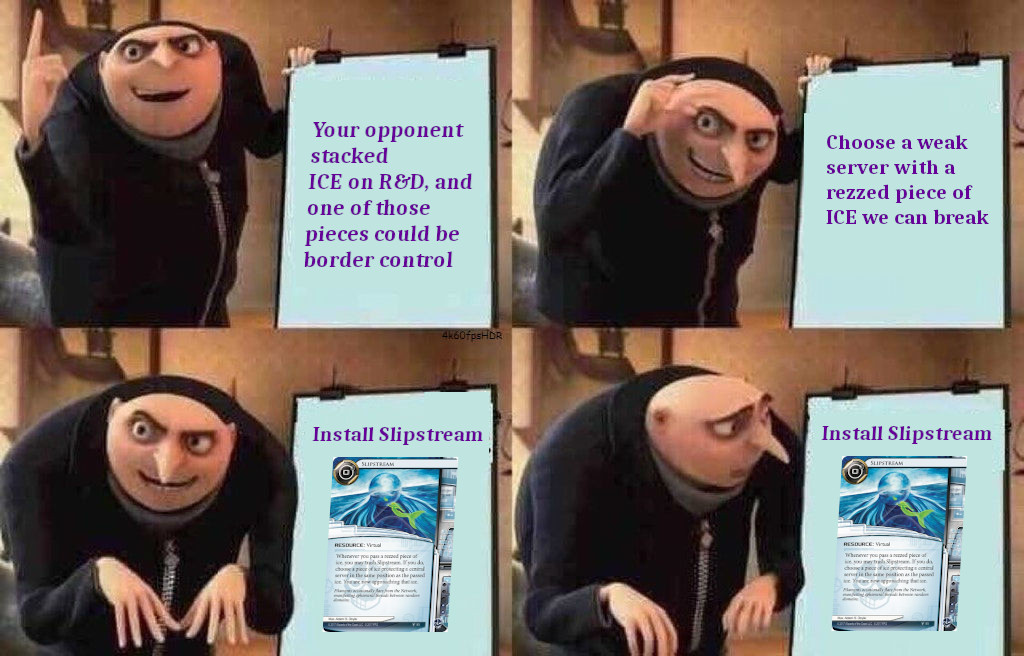 If your opponent knows what you're doing, and they've stacked a server high, and you can sniff a border control a mile away, don't panic

First, you choose a token piece of ICE (there should be one on archives or a remote) that is rezzed. Then you install Slipstream.

Then you install counter-surveillance, boomerang whichever of innermost-R&D or token that you can't break, and cast counter surveillance on the remote.

Slipstream will let you jump to the innermost on R&D, which you can safely break to gain access with Counter Surveillance.

This won me a game in the previous antarctic continentals vs. Click Thief Mirrormorph, but I didn't have a chance to use it today (no good victims). If that's too much jank, cut exactly those two cards to get to a 40 card deck.