Yes I know ciabatta is spelled differently, but I feel a strong need to make some kind of bad Aryabhata pun. Netrunner players love themselves bad puns, stupid gifs (don’t worry, I’ll have those for you as well) and in general nonsense. We also enjoy other things, but I’ll get back to that later. 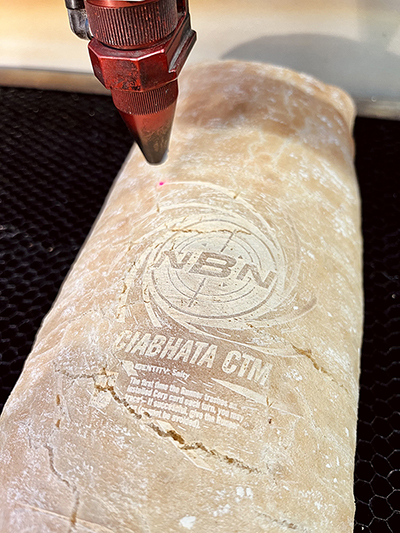 A personal CtM list, that I’ve been enjoying for the past few months and that was instrumental in helping me take the trophy at BCom 2022. This list definitely carried me into the top cut.

The list aims to heavily pressure runner clicks, slowing down their plans, whilst accelerating ours. The namesake card of the deck isn't even key to it, but makes it an unknown factor and lets us pressure the the runner economically in unexpected ways.

As quite usual for me it’s a horizontal list and somewhat of a dark horse list. I greatly enjoy playing strong Corp lists that look like a certain thing, but that subvert expectations by making it my own version. This tends to do quite well in Swiss, as people don’t know what’s going on. Even when they figure out what's going on, a lack of experience of playing against the list leads to mistakes to capitalize on. This advantage obviously drops in the cop cut when decklists are revealed to both players, but even then the lack of familiarity is helpful to an extent. 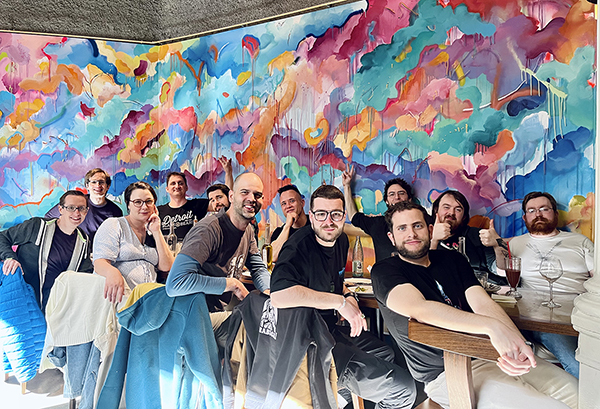 To quickly get back to things we Netrunner players love: One of the main things is the community itself. How warm and welcoming it is, how fun and relaxed the games can be, especially in big fields of players and even in the top cut. Community events like BCom are instrumental in fostering and harboring this feeling. It’s amazing to fly into a foreign city, especially one as beautiful as Barcelona, meet up with people you sometimes haven’t seen in years and immediately bond again with an obscure card game as the basis. 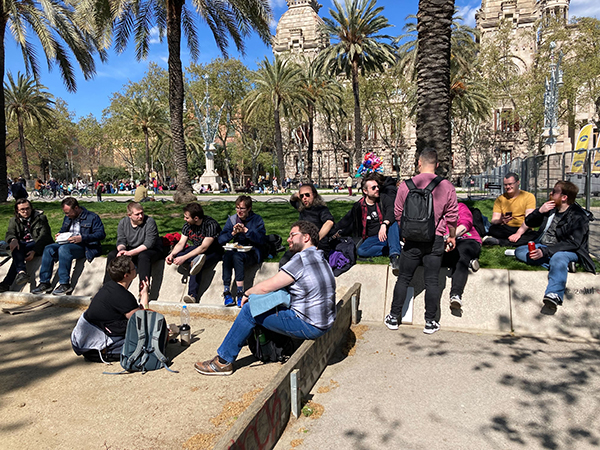 My belief in and resolve to play the list were strengthened in testing games with Percomis where it had good game and upon slamming into his second Macrophage (first on remote, second on R&D) he uttered the lovely “I regret all my life choices”. If a list of mine gets one of the most consistent and strongest players on the planet in that state, I’ll consider it very seriously for a tournament.

If by now you’re still wondering what the hell is up with that deck name, I’ll copy a gif and a short bit of text from one of my other favorite builds from the before times for you.

It's become somewhat of a habit of mine to name decks after weirdly sounding, unpronounceable Dutch bakewares. In this case the bad pun is enough of a reason to detour to Italian shores and go with a foreign bakeware. If you truly want the name to make sense; here's another GIF referring to how you’ll (hopefully) make the runner feel:

If by now you’re still with me, but also wondering about specific card choices, stop your scrolling, I’m about to take care of you. I’ll go into most of the relevant cards, but in general the list just feels strong and synergistic to wield with all the different parts slotting nicely together.

Aryabhata Tech: The miniature elephant in the room. Not deemed good by many, needs to be trashed upon sight, a beast once (surprise) rezzed in the right situation. Keep these unrezzed until needed, especially if you manage to get multiples on the table. Not as key to the list as the name would lead you to believe, that honor goes to the next two cards.

MCA Austerity Policy: Our strongest win condition. This lets us pressure the runner in a very real way, eating away their clicks, slowing down their plan and accelerating us towards scores. Combines very nicely with Hard Hitting News and Jeeves.

Jeeves: Our other win condition. Our butler friend lets us do so many broken things and has synergies all across the board. He lets us NA agendas of the board, gives us clicks during MCA scores, lets us purge for 4 into HHN once we have a Cyberbox scored, etc.

Mumba Temple, Marilyn Campaign, Rashida: Our econ. It’s tight, but the list runs lean and gets away with it. Once you have a Cyberbox scores things pivot and these become far less important.

Amani Senai: We want to see her early to midgame, as we want to get setup first. Allows us to punish runners who just sit back, presents the runner with another must trash asset, combines very nicely with our agenda suite and does horrible things once there are also Aryabhata’s online.

Agenda suite: Most of the agendas are tempo neutral, which lets you run lean. Cyberbox is easily your most important agenda, as with one scored both Macrophage and Jeeves become very problematic for the runner. Bellona does Bellona things, 15 Minutes lets us FA or Exchange for the win, Tomorrow’s Headlight can lead to blowouts if scored with clicks to spare, Beale is easily your worst agenda to score, but does give you the Psycho line.

Our ICE is small and very cheap. We only run 9 pieces and all of it is porous, so correct placement is a crucial part of the deck. All of it becomes extra painful to facecheck if you happen to have Aryabata online.

Macrophage: Your weakest piece of ICE in the early game, your strongest in the mid to late game. In a vacuum at best a mediocre piece, but once you have a Cyberbox scored arguably the best piece of ICE in the game if we look purely at rez vs cost to break ratio. Horrible things happen to the unprepared runner who slams into one when you have Aryabata online.

Resistor: Do not cut this. This little free friend does much for us. Extra punishment for runners who decide to go tagme too early, an unexpected EtR for 0 rez cost, and Arya's second best friend.

IP Block, Turnpike: The usual. Extra spiky with Aryabata. Single sentry to force them to find their killer. Porous without it, but hugely taxing in that situation.

Thanks on the deck side go out to Felix (Jackmade) for the baseline “Und Nutzen” version of the list, from which I brewed this personal version. Thanks also go out to Asger and PaulyG who helped lock in some last minute meta dependent changes.

Thanks to my opponents who gave me some truly fun and good games. It was so good to play in person again. Shoutouts to Anna, CaptainMark, Ataraxis, Oggbonaian, Chris aka. Extrac, but most of all Craig, aka Mr Teatime who gave me some of the best Netrunner I’ve ever had in the finals, but also in our games leading up to it.

On the event side of things thanks go out to Mar, Peter and Vesper for organizing a beauty of event and welcoming me (back) to Barcelona in the bestest and warmest of ways. Also thanks to the rest of the Spanish community who were just lovely. 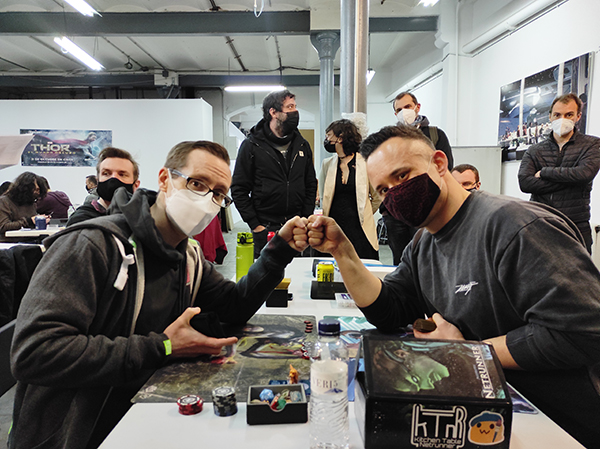