"She contemplates with evil glee, every soul she'll personally thank. For keeping her imprisoned so long, drained of all her power. To those who wronged her, she'll in turn do wrong, her rage grows by the hour." 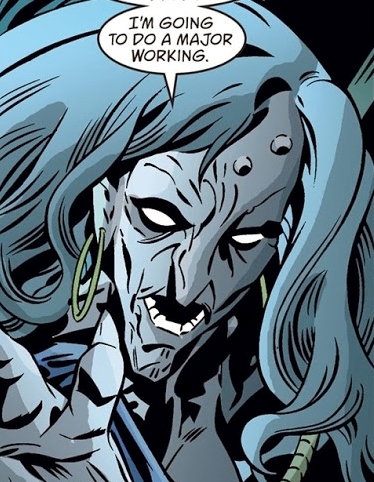 My first place Runner deck at the 15-player Petrie's Family Games Store Championship in Colorado Springs, Colorado on February 4th, 2017. I lost three games on the day, twice in Swiss and once in the first double-elimination game, all to the same player. I proceeded to win out through the lower bracket and beat that player twice in the grand finals to take home my second plaque this season.

This deck went 4-2 throughout Swiss and Double-Elim, beating two different Potential Unleashed prison decks, an ETF deck, and an NEH 24/7 combo deck (I suppose my KoS 2015 label never stuck and this is most commonly known as Railgun these days ;) ). I also intentionally drew against one of the Potential Unleashed decks in Swiss before swinging a timed win against it in double-elim rounds. Both losses were to the same NEH Railgun deck, though I did beat the deck on my third attempt, conveniently in game two of the grand finals at the end of the day.

I believe the Baba Yaga icebreaker suite here is one of the most efficient in the game. Unfortunately, it is also one of the slowest to set-up, but Leela's ability often provides windows against Corps that try to rush agendas out. The oversized breaker and program suite from Endless Waltz, as well as many of that deck's events, have been cast aside for a connection-centric resource suite. It is very slow, but it is also quite flexible and allows you to adapt to a wide variety of Corp decks.

I specifically threw this together with the Gagarin asset spam match in mind. I didn't see that in this tournament, though I did see two similar decks from the prison archetype out of Potential Unleashed. Had I considered that matchup, a Feedback Filter likely would have made the list.

The playstyle is fairly simple, apply pressure where you can while setting up, and then run roughshod over the Corp once all your pieces are on the board. The slow starts can be frustrating, but not nearly as frustrating as the feeling you get sitting across the table from this once it is set up. The second place player's Runner list was four cards off of mine (-1 Baba Yaga, -1 Passport, +1 Yog.0, +1 Faerie) and the source of my Corp's only loss.