"I warned you about Apoc, Peter" - Chris Dyer

@Tugtetgut gave me this deck (every successful Netrunner player needs a @Tugtetgut in their life) and I took it to 4th place at Euros 2019, but my biggest accomplishment with it was defeating @Uraken's Apoc Val in the top 8. The deck was a meta call against non-Apoc decks, but then Apoc Val was getting popular and I was in a pickle as I've been practicing with this deck for the past few weeks. The thing is, every corp now has at least one awful matchup, so I think you pick your poison based on what you enjoy, know how to play and what meta you are expecting.

Also I have an awesome, lasered NEH from @Jakuza that I wanted to use, so what can I do, right?

The deck is the same old NEH tempo spam we all know and love, with HHN as threat and Psychographics as tag punishment.

Cards worth pointing out

Also I would like to share a Little Engine moment with you where it stopped 2016 World Champion, 2018 Magnum Opus finalist, 2019 Euros finalist Chris Dyer: 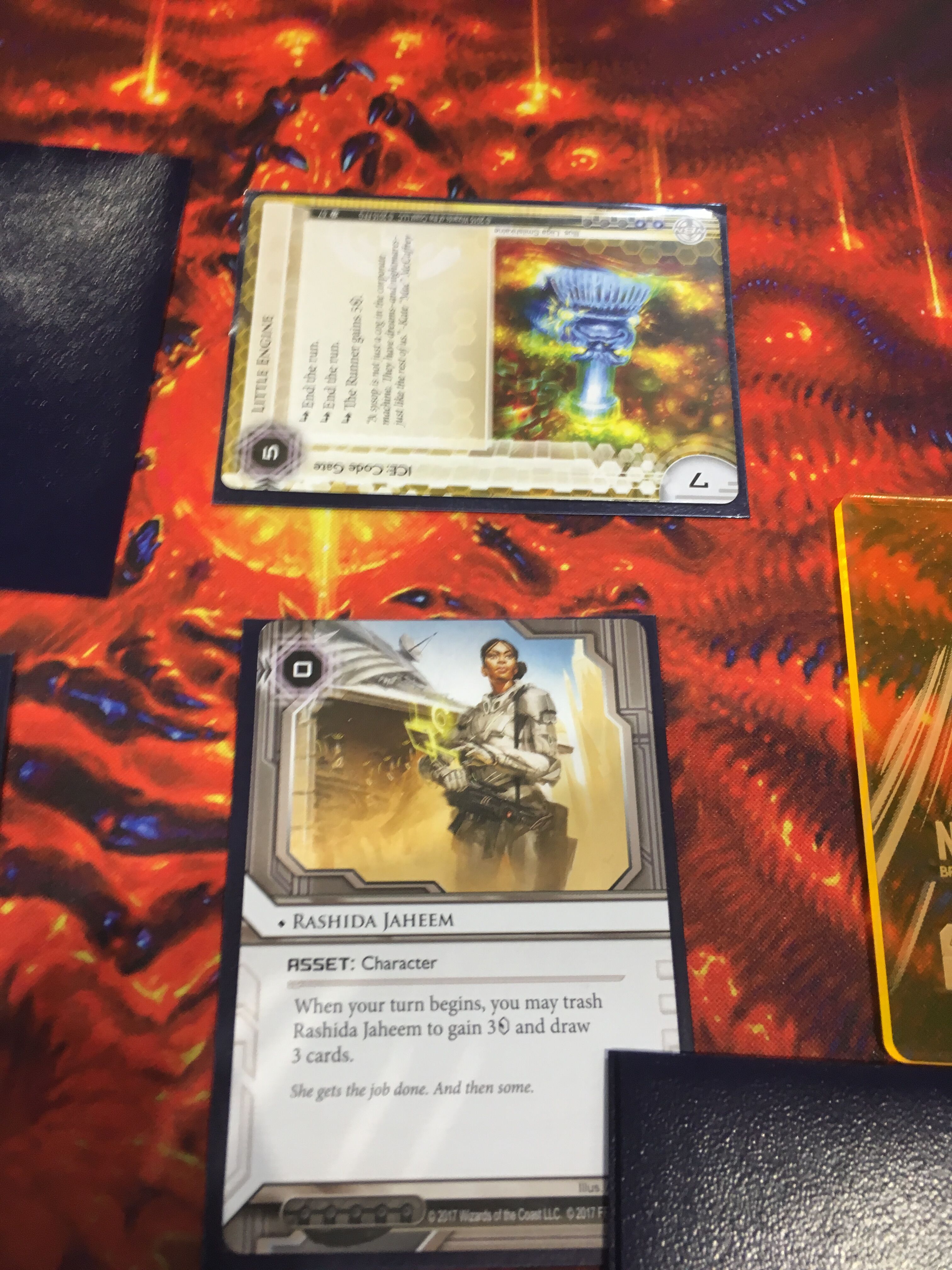 (Yeah, the image probably should have included Chris.)

I think Engolo was in Archives with Black Orchestra at this point, so if that Rashida was a Blacklist, Little Engine could have won me the game. I would choo-choo-choose it again if I had to.

How to play around..

Less worse than Apocalypse, but still dreadful if it sticks around. If you're playing against Anarch it's a good idea to mulligan for:

If Hacktivist doesn't come in the first 2-3 turns, you should be generally fine anyway. Also try pre-rezzing important assets as the less facedown assets you have, the less likely the runner might play out Hacktivist instead of doing something else and that can help the board spiral out of control.

The bogeyman for this deck. There are steps you can take to help not lose, but this is one really awful, uphill battle for the deck.

The way I've beaten Ola's Apoc Val was that I followed the steps above and went up to 6 points (I kept 15 minutes to clear a Hacktivist I expected to come, then with pre-rezzing econ I had an active Lady Liberty that got me 5 more points) before the eventual Apoc struck. He had to break Tour Guide with MKultra for 12 + install + trash on Blacklist, so I could HHN him after. I still got Apoced, but then I won the topdecking for the agenda war with Psycho in hand. The win was lucky because I could have lost to:

The point is that it's not unwinnable, but really, really difficult to win.

Run based econ hurts the most as you usually win by spamming out assets faster than they can make money and find the clicks to trash them. A fistful of Dirty Laundries and Crowdfundings will make you sad.

It is an odd thing to do, but try ICEing more important assets (Mumba Temple or Turtlebacks to get money, Team Sponsorship to get back cards) to force them to find breakers. I did this against Alex White's Maxx deck (with Blacklist support I think?) and my board looked quite funny because 3-4 assets and all centrals were ICEd. I wished I had Fully Operational in the deck.