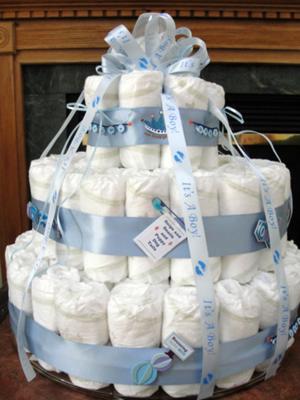 I have never played a Dyper deck before. I have, to be honest, never really played a combo deck either. Going to my first ANR tournament in a very long time, the obvious choice was to bring a runner deck that 1. doesn't have a good answer to CtM, and 2. I don't know how to play. Lo and behold, CrimsonWraith's Trompe-l'œil gets a few changes and takes me to 2nd place at Prisfyndet Store Champs in Uppsala, Sweden. My placing was, to be perfectly clear, not on account of my superb Dyper Driving but on my wins with the more familiar Prison-style corp deck.

Me and has-been Warpstoned haven't played much of ANR for the past six months, but decided to make our grand comeback this Saturday in Uppsala, Sweden (pre-Quorum tournament) together with a new guy. None of us was very interested in winning so none of us took Whizzard/CtM/Andy, instead opting for Shaper (Warpstoned on CT, Jonathan on Smoke) and Jinteki/Weyland (me on Potential Unleashed, them on Blue Sun and Argus, respectively).

Changes from the original

Read CrimsonWraith's write-up for the deck as a whole. I went with 2x Clone Chips and no TTW, instead opting for a Rumor Mill which I didn't use all tourney. I added a single Atman which I also didn't use.

"Left for dead. Burning for revenge."

I ended up coming in 8th in swiss, making it to the top 8 cut (which probably should have been a top 4 cut), and then staying alive for longer than I had any place doing. The deck went during the day, and was paired with this PU prison deck. Here's the report as I remember it (sorry if I got anything wrong).

Round 1, timed win: Rasmus (laxen of Nashibushi fame), Potential Unleashed Prison
I really didn't have a good answer to this, and should really not have won. My corp game went on a bit long, making the runner game go to time with me on 2 AP and laxen on 1.

Round 2, win: new guy on SYNC
He really didn't expect what was coming, and got a bit salty (I don't blame the guy). I told him I usually don't play combo decks like this, and he just asked "so why did you?" with a salty voice. Point taken.

Round 3, win: Josefine (dez), CtM
Again a player who wasn't expecting what was to come, and let me build up for a full combo. A great sport about it though.

Round 4, loss: Magnus (ilza), SYNC
After probably not playing optimally the whole game, I tried to go for a a-bit-too-early combo after deciding he was probably winning next turn, and managed to Keyhole no less than two NAPD's which I didn't afford stealing (he had one Breaking News left in the deck which would have won me the game). Fun and close game.

Top 8 Winners Finals, runner loss best-dressed-at-Worlds Yoshi, Bankers CtM
Playing a very good player who is on to what I am up to makes for a difficult matchup. He got to sneak out two Beale before I started doing Netrunner-things (running servers, anyone?). An easy win for him.

Top 8 Losers Finals, runner win Rasmus (laxen), Potential Unleashed Prison
Remember that timed win the first round of Swiss? Well, this was a repeat of this. He didn't find his Bio-ethics the whole game, scored a HoK while I managed to steal a Fetal AI before judge called time. Again not a very deserving win, but a win nonetheless.

Top 8 Grand Finals game 2, runner loss Yoshi, Bankers CtM
Pretty much a repeat of our last game, this time with me stealing an early Astro. Misplays on my part probably sealed my loss earlier than I had to, but it was most certainly his game from the start.

I joked that I didn't want to play more than four rounds, but it was of course super fun being able to keep my own against good players and with decks I didn't really have a good grasp on.