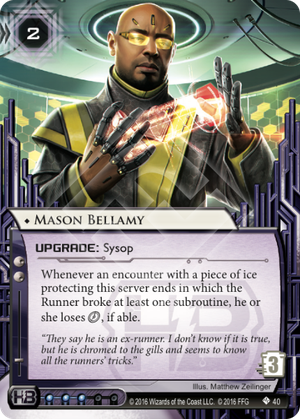 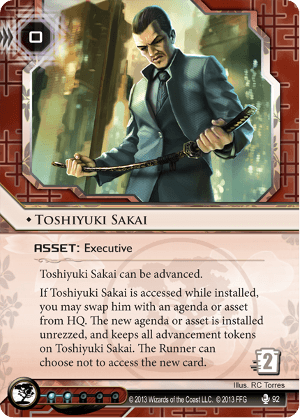 Can anyone explain if there is any point to this card except for being a "tutor" for traps which you might not have had in-hand when you originally installed Toshiyuki? I can't really think of any point except to ensure that the runner has a chance to acccess a Snare! whether he runs your HQ or your remote. If the runner thought you only had non-advanceable traps, then maybe you could use Toshiyuki to make them think it's an agenda. But there are plenty of advanceable traps in the game (several in Jinteki), so I can't imagine any runner definitely thinking for sure that since this card has advancement tokens on it it's an agenda.