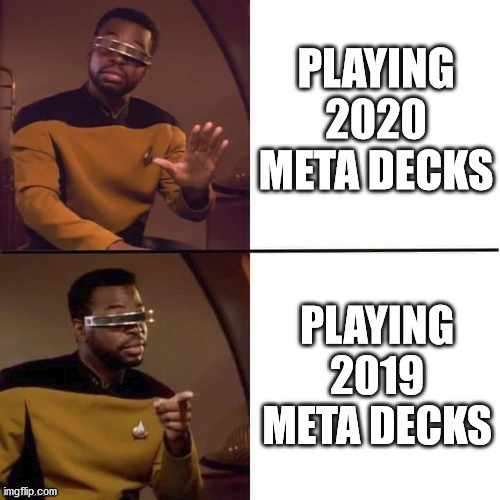 I spent a lot of effort last year learning Pinsel & Co's Combo Asa list, and with 3 swaps made it to Top 8 and PaxU in Winter 2019.

With Uprising release Efficiency Committee rotated, which "killed" the list. Without Eff Comm there was no reliable ability to score 5 points in a single turn. But Project Vacheron seemed better than Global Food Initiative (and I didn't like any of the other decks) so I decided to try and build the list anyway, and just use the tempo generated by the ID to get 1 extra score in. I've basically only been playing this all year (though I haven't played that much), and still think the list is solid.

The scoring pattern will almost always be 1 Vitrivius for 2-3 counters, either a second Vitruvius or Cyberdex Sandbox, and then score a Vacheron from hand. The more Vitruvius counters you get, the higher your win percentage. If you can, you want to get 3 Vitruvius counters, because then you just need 1 combo piece in hand to score from 4 points.

Jeeves and Lakshmi are more support cards. Jeeves does allow you to draw click 1 and still combo if you're looking for pieces, and combos with Biotic so you can get a counter or score Sandbox from hand. Lakshmi is mostly there because you are vulnerable to HQ multiaccess, but is a back-up win con if everything else gets trashed. In retrospect, cutting 1 Jeeves for a 3rd Cybernetics Court likely would have been better, as it would have made it easier to play the Violet Levels.

My runner deck was also a 2019 meta deck from Pinsel and co.