I’d like to start by thanking all of the Comrades (Yoshi, Josh, Kenny, Abram, Dan, Dien, Eric, and Ran, Alex) for dutifully testing against this deck. It was not fun for them to play against, but they played many games against it anyways, helping refine it to where it is now. I’d also like to thank DC players, Kevin and Jeff in particular, for helping test in person to get a feel for the time constraints that the deck faced.

This deck was piloted by many notable players. It propelled Dan to the Top 4, Josh and myself to the Top 16 cut, and Dien to Day 2. Brandon H, a non-Comrade but all-around nice guy, also made Day 2 with it. It went 6 and 0 in Day 1 for me, propelling me to the cut with two IDs in Day 2. In the cut, it lost to Dan’s Comrade Anarch, where he was able to completely demolish it with Rebirth Omar and Film Critic. I tried to convince Comrades to cut a Critic from Val for another Aumakua or Career Fair to shore up their other matchups, but they didn’t believe my lies. I also played a slightly suboptimal build of this, playing a third IPO instead of a Voter Intimidation. I know that Dien was playing one, I’m not sure what other players chose to do. But yeah, you don't need econ cards as much, you definitely need outs to tech cards like Film Critic and Turning Wheel. 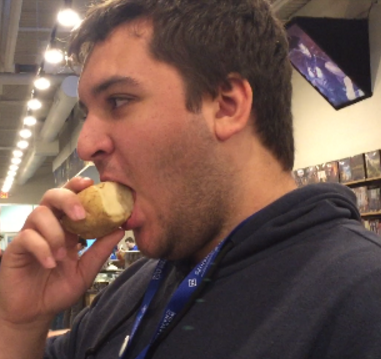 Absorbing the power of the potato

The general gameplan of this deck is to exhaust the supply of cards in the Runner’s deck to a point where they can’t steal Obokata Protocol, and then score one or two of those agendas to win. Securing centrals is the biggest plan early, using taxing and punishing ICE as well traps that fire from centrals to slow the runner down early. You’ll be clicking for credits a lot, as you’ll need to pay for psi games, traps, and value neurals that are actually valuable. Because running opens the Runner up to incidental damage, they’ll start the game looking for breakers to not get blown out by Komainu or Aiki. While they’re setting up (and sometimes, even when they are set up), they’ll have turns where they don’t make a successful run. This allows you to never-advance or Shipment from Tennin a House of Knives (or possibly a Philotic Entanglement), which allows you to remove an easily stolen agenda from your deck, as well as providing a source of net damage. Ark Lockdown allows you to remove a valuable icebreaker or Levy from the heap. Whampoa allows you to recycle damage and protect agendas -- but more on that in a bit.

The strengths of this deck are numerous. It can beat almost any deck that isn’t packing hate cards, and can even win through hate some of the time. It’s more important to go over what this deck loses to. Some of the strongest cards against this deck are: Feedback Filter, Caldera, Film Critic, and Rebirth (to Omar) out of Valencia. The first three shouldn’t need much explaining -- they prevent damage, or make it so that stealing a 5/3 isn’t a huge ordeal. Rebirth to Omar is very important because it makes Potatoes commit an ice to archives in which they would normally just use Breached Domes to protect. It also loses to something that almost scared me off of the deck -- slow play. To combat this, you need to be prepared to play quickly. Fortunately, turns are simple enough: take 3, take 2 install, and install advance shipment are 95% of what you’ll be doing. You do need to try to keep your opponent moving at a reasonable speed in order to not run out the clock (something that neither you nor your opponent want to do).

This deck has many subtle tricks available to it, and I’d like to go over a few of them. First are the tricks with Whampoa. Because you trash a card from HQ to bottom a card from Archives, this makes both of those servers much, much safer. While with this rezzed, remember your mantra: “Commit to access?”. Once they do, not only can you rez Hokusai Grids, but you can also bottom an agenda from your HQ and make them more likely to hit a trap in your hand. Similarly, if a runner is checking archives (which they seldom do, especially with Whampoa up), you can trash a Breached Dome you’ve been saving in your hand, and bury an agenda you’ve been saving in archives to keep HQ agenda density low. Furthermore, if you’re looking for a card (for instance, one piece of the Shipment + House of Knives combo), you can take turns of take 3, bottom a card from hand to stall until you find what you’re looking for.

Another set of tricks is all about getting the Runner to the end of their deck as quickly as possible. If they’ve installed Beth, you try to stay at 10 to 14 credits for as long as possible to force them to draw a card. If they let an Aiki psi game fire, you sometimes bid 1 to force them to draw cards. Occasionally it even makes sense to create new servers versus an Astrolabe.

Often times, Runners will be reticent to look at non-advanced cards in remote servers. You can also use this to your advantage by installing a 5/3 and waiting until they don’t make a successful run to never-advance it with two Shipments.

SECTION FOUR: FOR YOUR RUNS

To combat this deck as runner, start by including a few of the tech cards listed above. While it doesn’t guarantee that you’ll win, it will make your life a lot easier. Also important is to run smart -- always be thinking what ice you’re going to hit, and what you need to deal with it. If you’re contesting a remote make sure you have enough cards and money to deal with whatever the ICE is, plus whatever you think you’re contesting. You also want to draw smart. While drawing through your deck faster can be good, every draw event played is also one HP that you’ll never get back. If you’re digging for a tech card or important breaker, it’s still probably okay, but don’t just play Diesel blindly. Also, try to avoid the tricks listed above (don’t install Beth, only let Aiki fire when it would be beneficial for you, etc.).

SECTION FIVE: WHERE I APOLOGIZE TO JNET FOR THE NEXT WEEK

Give this deck a spin for a few games. While it’s not a traditional fun game of netrunner, it’ll give you a lot of first-hand experience into why “prison” decks work. Don’t play it on Jnet too much though, I don’t want that on my hands. =D