May You Be So Lucky [SOCR2][Cache Refresh] 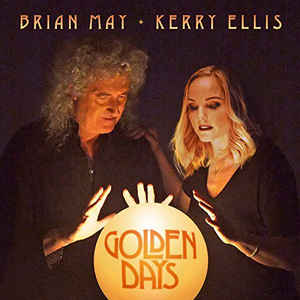 This is the final version of my Oracle May Noise deck that I played in fightingwalloon's online Cache Refresh tournament. It won an entire game, which vastly exceeded my expectations.

How does one end up playing Oracle May Noise, you might ask. It's a simple 4 step process:

I am touched by everyone who asked me what the rationale for playing Oracle May Noise was, as if there was sound logic to it. As if it might actually be good. Your faith in my judgement was touching, and I am sorry to have let you down yet again.

Here's a brief rundown of my tournament:

Round 3: I decide to mix things up and build a deck with Oracle May, mostly resources, and another extremely interesting Honor and Profit card: Calling in Favors.

Naturally, my opponent scores out a Paper Trail, destroying ten connections. Even though Paper Trail is a Security agenda, The Archivist can't give the corp a bad pub if he is dead.

In other words, I get thoroughly stomped. (0-3)

Round 4: My opponent has computer trouble and has to drop out of the tournament. I'll take it! (1-3)

Round 5: I get paired against my friend. I tell him my deck is barely functional and the only way I'm going to be able to win against him is if I steal his Government Takeover. I tell him he should take it out. But alas, the temptation of Red Planet Couriers-ing for 6 points must have been too strong.

The final turn of the game goes something like this:

Now that the tournament is over, I have the following conclusions:

I finished the tournament in 17th place with 18 prestige. The rest of my friends, by contrast, finished with an average of 14.25 prestige.

Push Your Luck is a better econ card than Account Siphon

I gained zero credits from Account Siphon over the course of the entire tournament. I gained net three credits with Push Your Luck. Also it's less influence, which is neat.

My friend thought he could disincentivize running with the threat of Builder of Nations knocking good cards in my hand.

But you can't knock good cards out of someone's hand if they don't have any good cards.

Oracle May in Anarch is really stupid but also sort of a coherent idea?

Oracle May is sort of neat with the Conspiracy breakers, don't you think?

EDIT: I neglected to notice that one other player was on Noise who placed well above me in the tournament. I think we can safely write off this performance as a statistical anomaly though, and continue to conclude that Honor and Profit Noise is best.