A similar shell to many other Jinteki glacier decks, with big, taxing ICE, lots of money, & defensive upgrades. I've played the UK Hydra build, which is great, but I like the changeup that this list provides. It's less likely to win via lockout but a bit less fragile too. Stinson & Susanoo-no-Mikoto are super fun twists that most runners don't see coming.

Notable cards: NGO Front is great in single remote decks. It never won a game outright by dragging runners through remotes but was a necessary source of rebound economy. Aginf remotes are very taxing so Bryan Stinson is often active, he won me two games in Swiss, including a Hedge-Stinson-Stinson the Hedge turn one into a second Hedge-Stinson Hedge turn two against a Hayley lock deck. Crisium Grid is extremely taxing for decks reliant on run event win cons (Apoc, Indexing). Restore is amazing & should see more play, hands down won me the finals match.

Cuttable: Tithonium is a lot of influence for something that's only semi-taxing (but it's a great Batty target), Macrophage was never relevant, Celebrity Gift might be the worst econ card.

R2 vs. @joseki post-MWL Hayley - this was the turn one Stinson opener. Both of our decks had great draws & were filthy rich by the midgame. I constructed a 3-ICE remote & scored 2 Obokata out of it. Luckily, the third & final agenda I drew was the last Obokata when Hayley had no deck left, so I could score it out easily. I was extremely lucky this match but it was impressive that by the end the remote was so taxing (Tithonium - Komainu - Excalibur - DNA Tracker) all Hayley's money had evaporated. If John had Tapwrm instead of obeying the (not yet enforced) MWL, I would've certainly lost.

R4 & grand finals vs. Jordan on Cold Ones Hayley - R4 was a friendly game because we ID'd but it's notable that Aginfusion beat Cold Ones with two totally different methods. R4 I kept an aggressive Wraparound, Nisei, Obo, Fast Track, Celeb Gift opener, using the Wrap on HQ to prevent an easy Apocalypse & rapidly scored 2 Niseis behind the first ETR ICE I drew. Hayley tried to go off but couldn't afford to break Wrap three times with Eater. In the rematch, I never scored an agenda, stuffing huge ICE on all my centrals, using Aginf ability to force multiple runs, & recurring Batty with Restore. I never even drew Crisium Grid, which would've won the game on the spot, Hayley just couldn't make enough money to get into all three centrals & conceded. 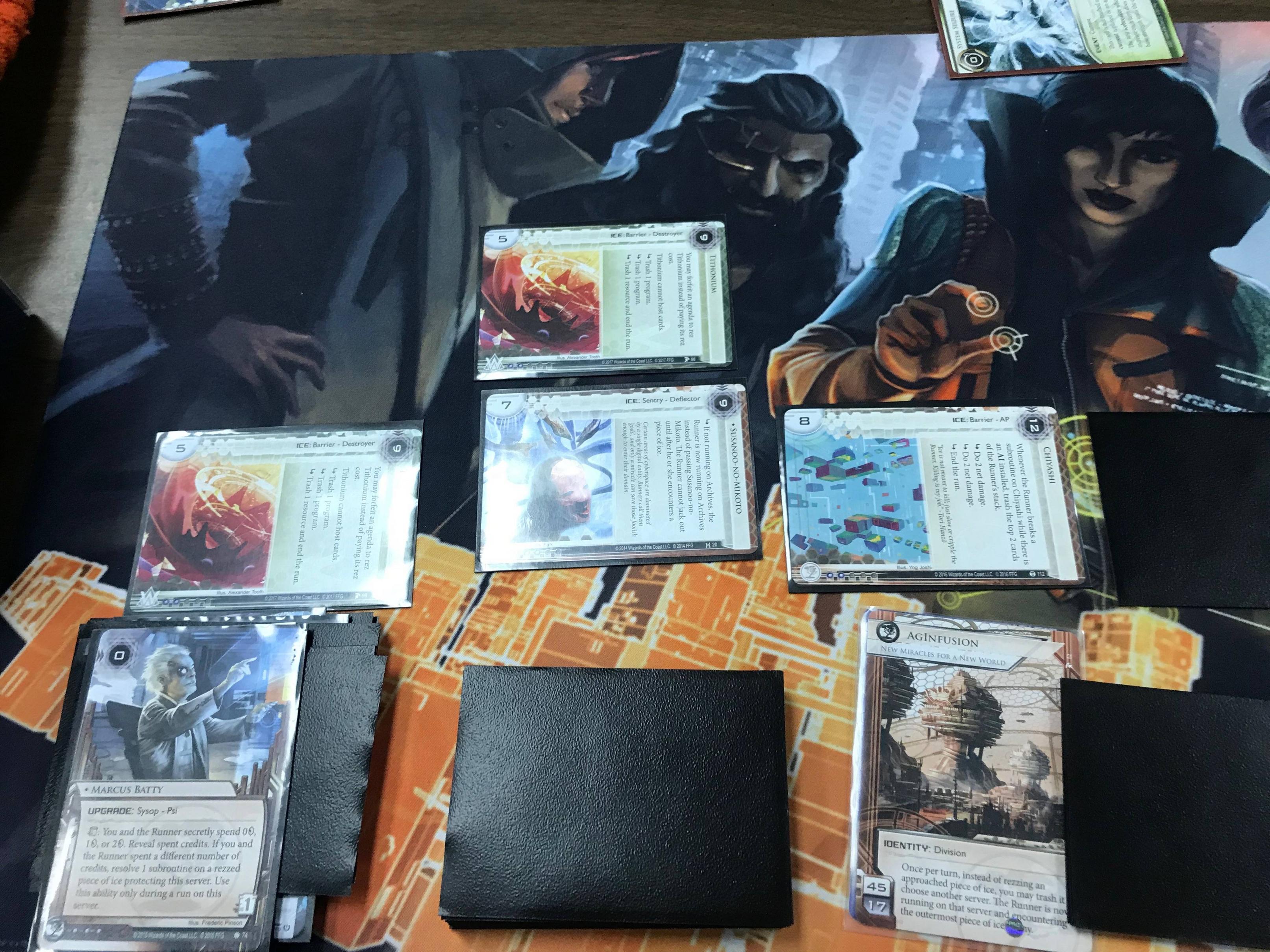