Do you wanna play shaper but only got a mouse pad sized game mat for your installable?

Do you want to make a 'Bad Card' incredibly relevant?

Do you want one of the most explosive starts in the Current Meta?

If you answered yes to one or more of the above I have an invitation for you - and invitation to: 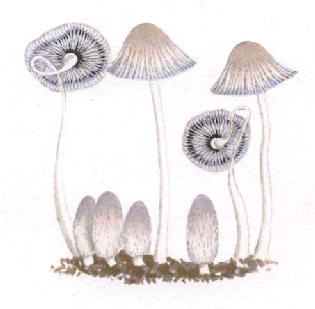 Cordyceps lets you swap around ice - So, you say, it's like Inversificator?? Yes, I answer - just a whole lot worse!

Lets look at what needs to happen to make Cordyceps work.

So in most shaper decks this is pretty much useless as the corp just ices up The Scoring Server and R&D and you end up swapping between the 2 and having very little effect.

So what makes it work in this deck?

This deck is gonna hit all the corps central servers early - Hot pursuit on HQ, Indexing on R&D, Dirty laundry into archives - potentially with a Datasucker down for Parasite, plus any scoring server the corp is trying to build meaning you can swap the least relevant ice to HQ for easy Hot Pursuiting or R&D to enable multiple runs for indexing.

You're breaker suite leans on Engolo, with Lady for multiple barriers, Pelangi for support, Parasite to deal with Tour guide/next silver/endless Eula/spiderweb which could otherwise be a problem for lady and Na'not'k which goes in the bin to be installed with simulchip if the game goes long enough to need it.

Mu is tight but enough so don't install stuff you don't need - you can face-check everything with Engolo.

Hot pursuit, Lucky find, Sure gamble and even dirty laundry becomes great income once they are down.

Harmony AR Therapy targets should always be an Indexing, then any combo of Compile, Gamble, Hot pursuit (depending on HQ ice) Lucky find, Stimhack and Simulchip being the most common options.

A couple of notes on card choices

It can be used to pressure a remote early especially in combo with a Lady or Pelangi down already but in general you want to wait until the corp has rezzed some ice to be sure to get it's full effect rather than it just being a 'green inside job'.

Another very flexible card - but particularly notable for its expose effect - very useful to find out what the R&D or HQ ice is before moving it somewhere far less appropriate with cordyceps!

Daily Casts has been removed in favour of Modded - You want to run almost every turn with this deck and in a meta where losing the economic advantage by 3 credits can lose you the game thanks to Sea Scorched I often felt uncomfortable putting Daily casts down. Also modded gives you a little more consistency of playing an event every turn for Aniccam draw.

Final words on a 'Meta Choice'

Having been tuning this deck since Salvaged Memories came out I can honestly say that Jes is a pretty decent meta call right now! Lot of corps looking to make a single tag stick so seeing plenty of Data Ravens and tag based ice, AR Enhanced Security, Prisecs etc. which makes playing Jes feel like easy mode! Even saving yourself a credit on Mauselus or just letting it fire to take a net feels good.

I hope you have fun if you decide to try this one out - I've been having a blast with it - let me know if there's anything I should consider including (or what I can cut to get a Because I Can in here!!!)