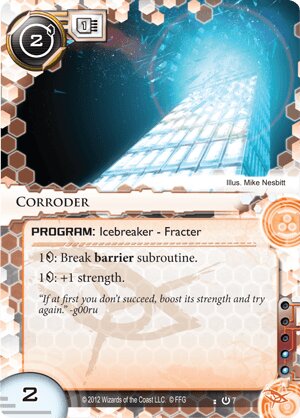 "If at first you don't succeed, boost its strength and try again." -g00ru
Illustrated by Mike Nesbitt
Decklists with this card

(All That Remains era)
EfficiencyCommittee 216
7