“46 cards? I leave Seattle and everything goes to shit” -podoboyz99 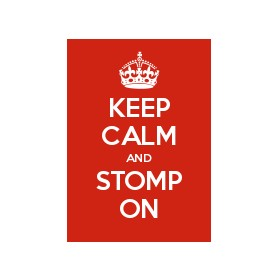 No Faust? No Medium? No problem!

Trade your cards for Corp cards!

This was the deck piloted by the Seattle crew at Worlds 2017 (ramus, checkthebox, jaredrules; theryanburke opted for a different deck but was part of testing; grogboxer, cjfm, pandapersona were also on the team but didn't go to Worlds this year).

The basic premise is to make targeted, high-impact runs on relevant servers and use Quetzal: Free Spirit to help you break rush decks. Obelus lets you draw right back up and threaten the next turn. A good turn is use DDoS to Severnius Stim Implant into R&D for several cards-- if you whiff, use the newly drawn cards to Severnius Stim Implant into HQ where the agendas likely are (or vice versa, since you're smart you should be counting Corp draws and can play percentages one way or the other). You can also use DDoS to force Corps to double ICE servers early, buying you time to set up your board. In testing it had a very strong match vs most flavors of CI, CTM, Titan FA, and is pretty good vs Tubs/NEH spam (which were the ones we worried about most). Its worst matchup is almost certainly AgInfusion (make mini digs and force them to use their ID ability when they do not want to).

PU is hard but manageable (we beat World Champ Dyer on PU with this, for example!). Take your time and dig R&D/ HQ (As long as Whampoa is Salsette Slums gone) for 2 cards with enough hit points to steal Obakata. Obelus will save you from death via Neural EMP. Get Same Old Thing on the table ASAP and Levy AR Lab Access if it hits the heap to prevent Arc Lockdown.

The genesis of the deck is the brainchild of pandapersona (Aka of 2nd place Exile: Streethawk at Seattle Regional 2016 and Seattle Hatchet Skorp fame). The team decided early on that our Runner deck needs to be both a) unfair and b) big dig.

The deck went through a lot of variations, with people pushing their pet versions. One person was pushing Laguna for draw, another thought Beth/Duggar's (yikes), a third thought just play Diesels. In the end, we opted for a more careful package of draw and economy cards and DDOS (which is effectively an econ card) that enabled several Stimplants runs instead of isolated larger runs. It has a lot of interesting plays and parts that make piloting it really fun.

There are some thoughts on the tech slots, but most of these are really specific to the Worlds meta and could be changed for your needs.

Grappling Hook/D4V1D. Grappling Hook is for Quetzal to break Ashigaru (break all with Hook, Quetzal the last one). It also breaks Loki, saves you probably 15 credits vs Tour Guide, and can break FC3+3c in a pinch. D4 is for FC3 or dumb Archers or whatver. This was @ramus spice and it turned out to work pretty well.

2 Spoofing for Rewiring or Tubs. This is the obvious cut for 45 cards depending on if your casual friends are degenerate rewiring scumbags (like, um, the Seattle team). Slums for assets, since removing Whampoa is essential to beating those decks. Against most other decks (like CTM) you can safely ignore the rest of the board and track agendas, the only exception being DBS. You can even ignore these to see fresh cards off R&D, if you think you can win fast enough.

Hunting Grounds is for the same reason tons of others had it-- Loki, Komainu, Raven, Tollbooth, etc. This used to be a Femme for breaking Mogo, but Hunting Grounds turned out to be more useful.

2 DDOS instead of 3 primarily for slots.

Test Run can also become 2x Levy, although it is a flexible card that paid off.

1x of the some cutlery is also something to try.

The best Stomps advice I can give you is to keep it flowing, think of your deck as full of The Maker's Eye and Legwork's.

On a personal note: 2017 was my first World's and I want to thank everyone I met and supported me. You were all the reason I had such an amazing time this year and it just goes to prove how amazing our community really is.

My current internet setup is not sustainable to stream, I am looking into it. Check out twitch.tv/netjogging for amazing people giving me the time of day.

Big shout out to the D.C. crew for support and testing help. Its amazing to have a group of skilled players to tell you when and how you consistently make stupid plays. Thank you from the bottom of my heart for making me feel immediately welcome after a big move.

This is why this game means so much to me peeps. I would not be here if it was not for you. 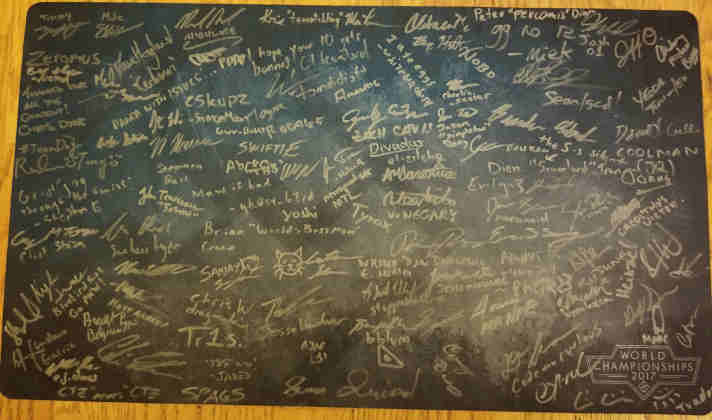