Heckin Michael Boggs taking away my heckin toys with MWL 3.0. That makes me angery! And there is only one cure for anger...

So Moon spam is good and was the clear deck to beat at Euros. But with a smattering of Sync and CI about, and the threat of Panic Palana ever present, I felt like I needed something that was a bit more robust against the meta. Dave Hoyland, Mark Mottram and I were (unsurprisingly) convinced that Siphon Whizz had legs against Moon and was well positioned given the decks that were likely to be popular at the top. Following BABW, we decided that the list HAD to contain 3 Siphons so the key question became what to do with the remaining influence. Testing against Theo's Moon deck the night before Euros convinced me that Rumor Mill was the way to go as it is not only the most important card against Moon by miles, but also shores up this deck's weakest match-up a bit: Glacier HB.

Y u take my money?

It's fast and aggressive as the Angery Anarchy Doggo was, but a lot more difficult to pilot given that you can't simply tear a server apart with Sifr Parasite or land siphons with minimal credits anymore. Your plan is still the same - lock the corp with Siphon and Keyhole them to death - but as that can be more difficult against certain match-ups (Glacier HB in particular) you also need to be smart about where you take your accesses so that you can eek out the win.

The deck went 7-2 over the ten rounds of swiss (I ID'd round 8 but given that it was against Praise the Sun Sol, it would have probably have won), losing to Theo and Alex Hilson on British Moon's (https://netrunnerdb.com/en/decklist/43222/theo-c-s-peach-emoji-4th-place-euros-2017). In both of those games I struggled to make the early pressure I put the corp under count as I was either drawing for a siphon or for a Keyhole that never materialised and they both managed to eventually get Moon up and running after breaking the Rumor Mill lock. Wins were against: Glacier ETF, 24/7 Philotic PE, Jammy HB, Palana Glacier, British Moons x2, and Sync. The highlight of the Swiss was undoubtedly landing all 8 possible Siphons against Erik's Jammy HB, despite him having fired an ABT successfully and put a Tollbooth on HQ in front of a Seidr.

After the cut I played three runner games going 2-1. It demolished Martin's Moons list by keeping hacktivist on the table and Siphoning him into the dirt for the first couple of turns, and then managed to pull off a huge scalp against Dan D'Argenio's Moon list. Early pressure resulted in sniping a Vitruvius, before he managed to get his own Vitruvius scored with a counter. A wanton destruction played out of sheer frustration throws an agenda into the bin, and a Keyhole run the following turn results in GFI going in too. I Mad Dash archives, forcing Dan to spend his counter to rescue the 3/2. A keyhole the next turn results in a whiff, but the subsequent one does and I run the archives to grab an ABT and a deeply satisfying win.

The final game was against Theo and a combination of garbage draw with no economy and some exceptional play by him means that I am slaughtered 7-0 with no board state to speak of. While a bit of an unceremonious end to the tournament, I think it was fitting to bow out in 4th and definitely fine to lose to a great friend and competitor.

It may be worth looking into swapping a Day Job for a Liberated. Day Job is important but showed up awkwardly in my hand a bit too frequently. I'd also like to find space for a one of Making an Entrance. This was something that did appear in the previous version of the build and I was normally happy to draw. Slots are tight though, so it is unclear where space can be made.

Obviously, any and all suggestions are welcome :) 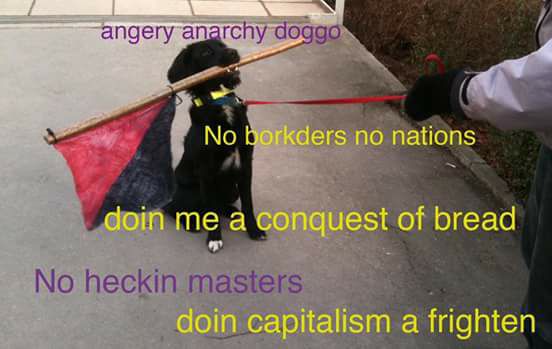