Session report of the day in two images. 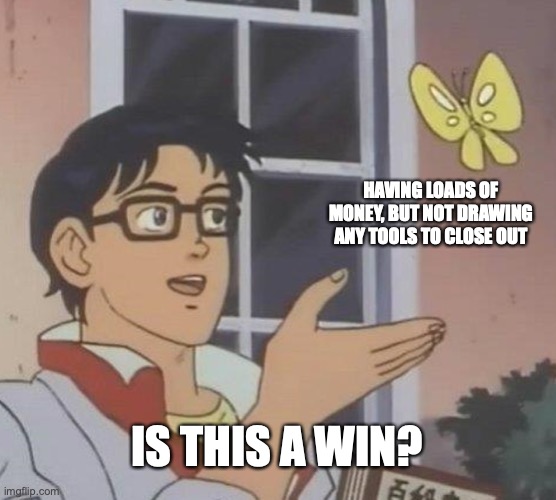 Not a lot to see here. Remote game is not easy with all the anarchy going around. And in general runners tend to win startup games if you allow them to last long. Best solution ofc is to win before that, and with somewhat rushy ID and some FA-tools to finish the job, it is usually possible.

I like the Oaktown Renovation because it gives you money right away while furthering your gameplan. Even when runner steals it, you got some money out of it, which can't be said about Offworld Office or Cyberdex Sandbox. Also, runners tend to accept that if you have the audacity to install faceup agenda, you have calculated they can't get in and might sometimes respect that. Still, bluff at your own risk/leisure.

Of course you play the cards you draw, so you probably need to mix it up a little. Just remember to make sure you have enough money and if just anyhow possible, get the atlas counter(s), you will thank me.

On the day this went 3-1 (Wins: Loup, Hoshiko, Lat. Loss: Ayla). Shaper with clot is certainly the worst matchup, if they can get a lock on the remote early enough. You just need to move quickly so they can't wait and build their rig.

Also not having anything to punish the runner could bite back with open decklists since usually Weyland as a faction tends to import tags and punish them. When lists are not known, runners tend to be a bit more careful, which helps the rush.

It was nice to have a live tournament in Helsinki in who knows how long. Thanks for everyone!