Do you remember Killer Penguins? After taking down a Regionals, our team, Club Penguin, decided to dig deeper into our vast world of weird Penguin decks. During our weird phase of testing all sorts of nonsense for Euros, we discovered Moon Relocation, a rather silly, un-refined deck with the right, fun idea. So we took it, we refined it, we figured it was fun to play and kinda good... And then we rode its coattails to a first-class finish at the European Championship. And our good friend Papa Penguin is here to teach you how to play it. 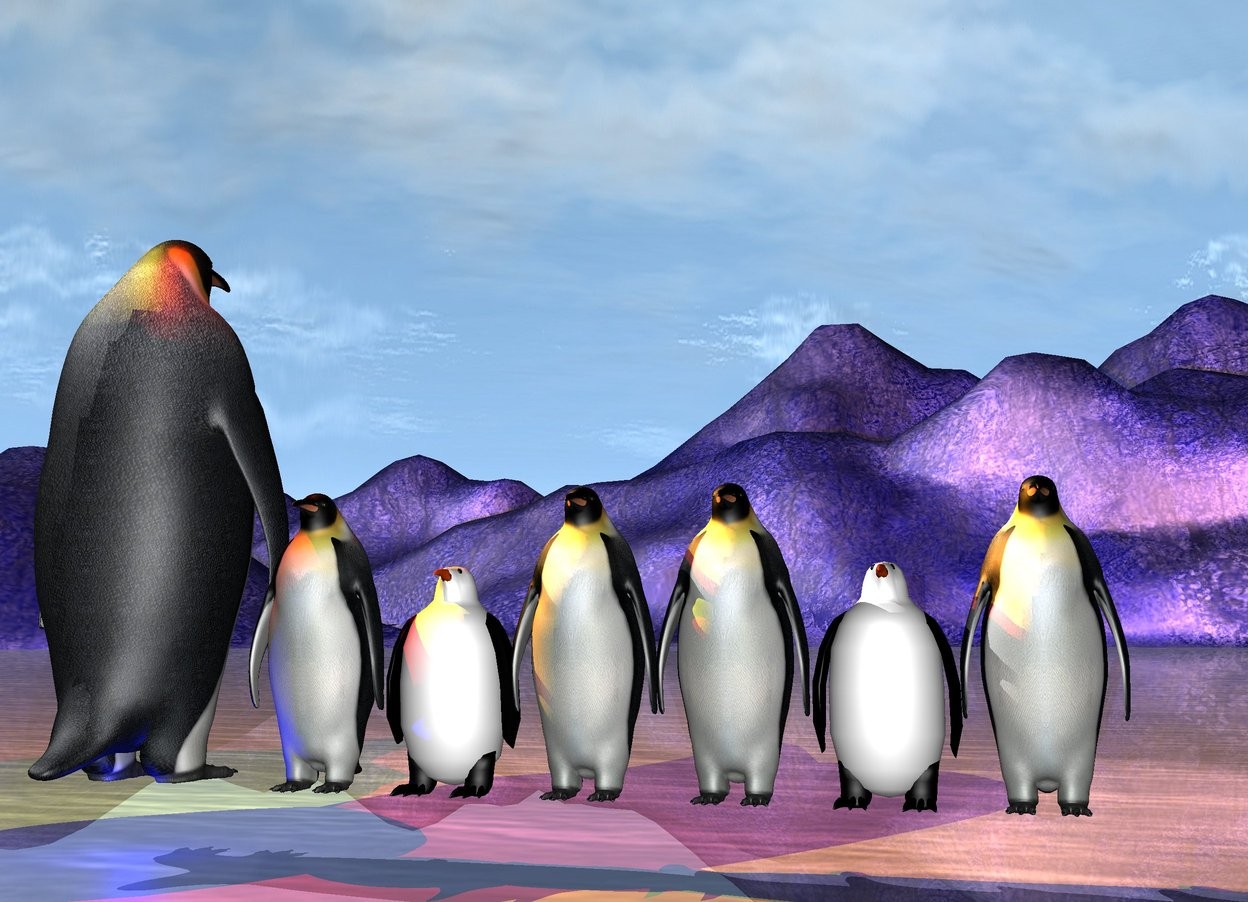 What is 7Penguins and how do I penguin seven times?

No worries, fam. First of all, you do not need to penguin seven times. That would be rough. Once is enough.

7Penguins is a Hasty Relocation combo deck that tries to score 7 points in one turn. Let's just jump right into it.

First of all, you draw plenty of cards with BLC, VLC and UVC (There's no level!). Playing BLC into VLC is just gross. On turn 5-ish, you should have plenty of cards in hand. Look for Estelle Moon, Succesful Field Test, Hasty, Accelerated Diagnostics, Shipment from MirrorMorph, 2xShipment from SanSan and X-ish cards to install in remote servers, with X being the number of cards in R&D minus 4. Does it all add up? Great - time to win!

Those are the basics. As you can see, there's a bit of wiggle room with extra Jackson Howards, extra clicks and credits and stuff like that, which lets you get creative from time to time, or just install cards that get stuck in your hand after drawing your deck. Playing Ultraviolet Clearance with Accelerated Diagnostics after a Hasty is pretty cool. I'll let you discover that kind of stuff for your self - most of the time the basic stuff is enough.

How well did you perform at the European Championships?

At the European Championships, I figured this deck had an OK match-up against most decks, and could probably peng-win over the Whizzard deck that the UK team had put together. I was wrong. It demolishes it most of the time, really, and the decks problematic match-ups were easier to deal with than I had expected. 9 out of 10 of my opponents made it into the top 16. Notable opponents included Chris Dyer, who played a Medium turn one and ran three times, and then more or less spent 3 turns drawing cards before I scored 7 points on turn 5, as well as Dan D'Argenio, Dave Hoyland whose Siphon Whizz got a tad unlucky and could not get a Siphon off while it mattered, and plenty of other amazing opponents (and almost all of them made the top 16!). It lost to Percomis. What can 7Penguins do against such reckless hate?. The answer was: not much. Apparently. I was fairly close a couple of times, but did not have everything I needed. The deck significantly overperformed compared to our expectations.

Why does the deck have [CARD] and how can I improve this?

The answer is most likely that I was afraid of some obvious hate (like Account Siphon and Employee Strike) or that I simply added 1 Turing and 3 Blue Level Clearance to a very silly 45-card experiment and took that deck with me. The ice keeps most decks at bay for a few turns, which conveniently is just what we need to collect our cards and combo off. Targeted Marketing slows down decks with hate-cards, and if are lucky enough to combo off at turn 5, if we slow them down for one turn, we remove 25% of their game. Archived Memories usually just gets a Violet Level Clearance back to replay that, because that card is amazing. I believe the following changes would make the deck better, but testing has been limited. Attempt at your own risk. Do as you wish. * Take out: 1x Global Food Initiative, 2x Archived Memories, 2x Targeted Marketing, 1x Paper Wall * Add in: 1x Efficiency Comittee, 1x Sealed Vault, 1x Mother Godess, 1x Biotic Labor, 1x Reclamation Order, 1x Hasty Relocation

So this deck is good?

Certainly. When you get creative it gets much easier to combo off with fewer cards installed per Succesful Field Test, making you combo earlier. Decks teched for other match-ups often aren't able to do much to do your gameplan while you are winning. Runner combo decks are simply not fast enough. It does not win through incessant hate and can sometimes be blindsided by Employee Strike spam and large amounts of Account Siphons, but can combo off from 4 credits (3 if you also MirrorMorph out an Advanced Assembly Lines), and you will often want to attempt to do so if you cannot clear an Employee Strike or get Account Siphoned down to a level where you need to discard too many cards. Scoring Succesful Field Test and installing a bunch of Assets to gain a bunch of credits back with Moon is good. 2+5 still gets you to 7 in the end. Violet Level Clearance is just busted. If you get to use Hasty and Accelerated Diagnostics to play Ultraviolet Clearance and a few other cards, you just remove too many cards in R&D for your opponent to keep up with you. The main combo is very easy to perform, and you can easily add on to that to avoid tricky situations or do more advanced stuff.

Do you have any final things to say about 7Penguins?

Not really, but here are 7Penguins you can color with your crayons if you wish to do so. Preferably Blue, Violet and Ultraviolet.