Me: Aki, what Hayley deck are you running with the new Ban List?

Me: changes a couple of things in the list look what I made. 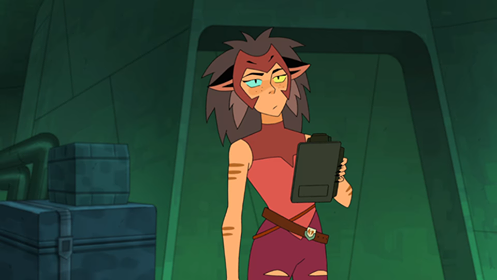 This deck is 99% Aki creation and carried me to a 4-0 win. I don’t normally do long write ups, but I found this an interesting deck, it did me well and carried me to my highest placement in a Store Championship (7th of out 21)

With Scarcity of Resources now being banned, Hayley can focus more on the low cost install (Aesop's Pawnshop fuel) while trying to be flexible on the tech. Where I think this deviates from ‘old’ MWL Hayley is the following:

1) The R+D pressure, usually from Stargate, is replaced by 3 x R&D Interface. I found the engine of the deck is much more reliable to build up with Hyperdriver (plus those lovely Hyperdriver and Professional Contacts plays) than the initial cost of RDI interface is reasonable, especially with the reward from Psych Mike (a very unrated card in my opinion). Most the games required a significant amount of ICE on R+D to mitigate against this, which weaken the scoring server and H+Q a much better target, even with single accesses.

2) Tapwrm – I found myself having lots of low cost installs, plus not having ‘nice’ Simulchip targets now I’m running Engolo instead of Euler. While the main engine is Pro Co and Aesop still, having Tapwrm does feel good. It still requires a successful central run, which with the engine doesn’t happen anytime soon, and more than often, it gets purged quickly. If it does get purged, Simulchip can be awkward. I found you have to be really careful what you Aesop, and trying to keep Harbinger out, so you can Aesop it, run a central and get Tapwrm back. If you don’t have Harbinger out, you can get another Harbinger back if they purge. Either way, it is nice for the economy. I found Tapwrm and Hyperdriver really helps keep pace with the corp.

3) Hyperdriver – Just a lovely card to have, both for setup and ‘sometimes (given the MU lightness of this deck)’ to have about for click compression Corps.

4) Heartbeat – This is a card that Aki hard sold to me, and I’m so glad I did. With Film Critic banned, there is going to be a lot of punitive windows open, which this card helps mitigate significantly. It also synergies so well with the low cost install nature of this deck.

5) ‘Tech resources’ – Hunting Grounds did a lot of work, while No One Home is such a versatile card which saved my neck a few times. It also (I felt) really help shut down HHN and Sea Source threats. Interestingly, I had to cut a Daily Cast to fit these cards in. Fan Site and Artist Colony is a must for this type of deck. Political Operative didn't do anything in this tournament, but this was here mainly for shutting down Titan FA options as this deck has no Clot.

6) Engolo replaces Euler, the efficiency of this breaker and ‘one shot’ AI is just too strong. This frees up Simulchip targets, hence the push to Tapwrm.

A huge shout out for Aki. You were kind enough to share and advocate your deck, with a Hayley player that is obsessed with Stargate! You have taught me a lot about this deck, but also how to play better as a player full stop.

For Matt (angedelo), you have always positively encouraged me, particularly when I had a little rough run with tournaments where I could have walked away. Just thank you – the games we had today were good fun.

For Graham (Quarkbutter), for organising so many online events which have become my online meta. If it wasn’t for you, I wouldn’t still be playing today.