Why use breakers? Just bypass everything and make ice nearly irrelevant. 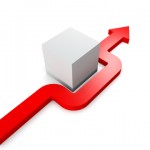 Simple thing, Botulus let you break an ice easily. If the corp trash the ice, use Simulchip to get Botulus back. Since you'll aim to do an R&D lock, Botulus will only get you so far. This where you can use Femme Fatale to bypass an ice. Then use Rejig with the corp trash that ice.

Earthrise Hotel will let you draw nearly half your deck for you. Keiko combo with Paladin Poemu to make the first install of the turn cheap. The real money will come from Liberated Account.

When needed, Boomerang will let you pass wherever you need to.

Enjoy seeing the corp struggle to keep up.