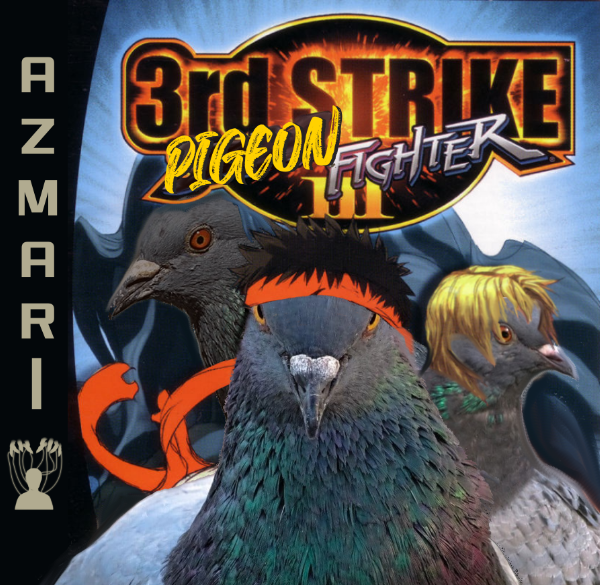 This was the deck (along with a fairly standard Hoshipko) that took me to the finals at UK Nationals, it's an evolution of the previous 6Mari Pigeon designed to be more proactive in scoring threat and have an easier time closing if the runner's credit pool isn't cooperating.

This is primarily to improve resilience to stargate mad dash, games tended to tilt in the runner's favour if they stole a SAM early and if you don't have an unrezzed hydra to cash in the swing can be extremely painful. Given that we're already running seamless including some tempo positive 4/2 agendas seemed a sensible way forward, provided we could spare the slots.

Offworld is just pure value for this deck, and an early score puts you in an extremely comfortable position for defending later agendas. Crypto tends to be a little punishing credit wise for the corp but extremely punishing for the runner as a first or second score, preventing them from running lest they suffer a hard hitting news. Sometimes it makes sense to hold off on the score and build a bit of a board state to truly set the runner back if they are offshoring so that once scored you can start streaming agendas through the remote with little hope of challenging.

With the removal of backroom machinations as a closer having a single tag on your turn became less important than the tempo play of the runners having to clear lest they lose their key pieces at an extremely inopportune time to SGP. Your first score will set the pace of the game and punishing an overly aggressive runner is extremely useful here.

Whilst the magnets are very useful for denying botulus plays, in practice being able to force repeated runs with the border controls (whilst also shoring up RND or HQ as appropriate) is more useful.

Tollbooths over Eulas, no hydras

Having a hard end the run forces the runner to get their breakers, and having big ice remotes is key for agendas 2 and 3 and is less vulnerable to the runner getting cheap EULA breaks with Cleaver. Hydra is just too expensive without the SAM discount so we swapped to tollbooth.

With Backroom gone dragos only purpose would be to SGP on demand and maybe trash a key resource or two, and given the amount of tech about for R+ Drago at the moment we concluded the remote should be used for aggressive scoring or rashidas and this was cut.

With backroom and drago gone this is your new closer. Install advance bellona with a seamless in hand and play NAPD cordon, the runner now has to get into the remote with 11 credits to steal and non remote bellonas cost 9 to take, heavily reducing RND bleed stealing the win out from under you. If you find yourself with two in hand, 6c to steal an offworld/crypto is nothing to sniff at.

UK nats AKA Worlds II was amazing, @paulyg did a great job at overall organising and the judges ran the event perfectly. Hanging out with everyone, some of whom I hadn't seen since the before pandemic times, reminded me of why this is the best game with the best community in the world :)