"Lure with bait. Strike with Chaos." 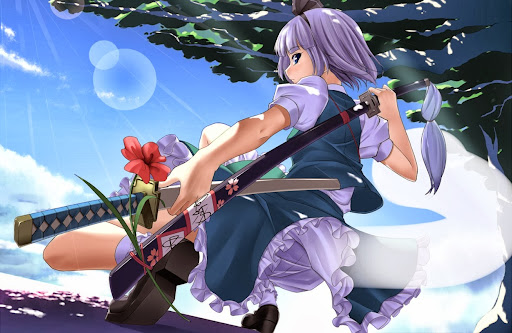 Escalation is finally here and with it come a slew of new and exciting cards. Least of which due attention has been given to Jinteki: Potential Unleashed. Thousand cuts has never been a great strategy after all. As a dedicated Blacktree player I will be the first to postulate that a good PE player builds the kill. They don't wait for it to happen over time.

However, playing JU (I refuse to call it PU because I'm too much of a child to be able to take it seriously) for the first time it feels like the thousand cuts method is a kill that can be built. Thus far I've ran this deck through a 12-0 win streak on Jinteki.net against the likes of Dumblefork and Temujin Andy. The ID works a lot faster than it might appear at first and Runners will either have to approach slowly or risk losing vital cards that can hit their tempo something fierce.

You see the key to milling is not to take out all of their cards, that will come naturally, but merely to take out the cards that matter most. Losing just one of their vital breakers can send an unprepared runner into complete disarray. And personal experience has taught me that chaos and Jinteki go very well together. So how does the deck work exactly?

Your economy is tight given your rez costs. Sundews are mostly there to bait reckless runs into dangerous ice and, being Jinteki, Siphon and Vamp are a very real danger. As such I've forgone the inclusion of Snare! for the much more humble Shock! instead. Shock! utilises the ID just as well without a four credit price tag and the goal isn't to flatline, it's to disrupt.

Standard Jinteki kill tricks are online such as the ever versatile Komainu kill and the deck boasts a more versatile damage suite thanks to the inclusion of DNA Tracker which is just as good as it appears. So much so I'm considering dumping Tsurugi for a second one.

Hostile Infrastructure is an MVP as the runner will have to make a difficult decision. Gut their own deck or allow you to make a ridiculous amount of credits. The smart ones will trash them. That's part of the plan. The more cautious ones won't. That's even better.

Finally Ark Lockdown serves as the final word in ensuring the enemy cannot recover from a devastating hit. Paperclip, Levy and other vital cards that either aid with recovery or provide a false sense of security with singleton includes can prompt opponents to concede there and then. Either grind them down to a slow and painful flatline or score behind an impenetrable server. There's a certain cruelty to scoring out the Future Perfect behind Vanilla against an Anarch whose lost all their Parasites and barrier breakers.

Jackson isn't just for agendas. Use him to recur your Ark Lockdowns and Bio-Ethics Associations. Speaking of which, don't hesitate to rez those as soon as you can. 2 cards, 2 credits and a click is well worth the investment. Especially when you can just bring them right back. Crisium of course helps keep those pesky criminals at bay, either protecting against Siphon or shutting down an ill-timed Temujin. Keyhole can be a bother against Anarch too.

Those are the basics. With that out of the way, I feel it's time to address the elephant in the room. I'm sure many of you have been thinking it and at first it seems like pure common sense - why not just play Chronos Protocol instead, right? I mean, if the goal is disruption surely the ability to pick the card you trash yourself is extremely valuable AND you have an extra 3 influence to play around with. It's just... better.

Wrong. Chronos Protocol is disruptive, true, but it is not chaotic. You might think you're the one choosing which card ends up in the bin, and occasionally it's true, but by and large, your opponent is the one who gets to choose what cards are worth risking and which aren't. They have the option to stop and play a truly vital card before making a run - the primary trigger for most net damage cards bar a select few - and they get prior notice as to what the stakes are before they make that run. Got a Levy in hand? Yeah, that's going to stay there until a Same Old Thing is on the table unless a run absolutely needs to happen.

But with JU, that's simply not the case. The opponent has no control over what gets dumped. There's no chance to mitigate or make sure a card is safe short of wasting click after click drawing for it. And, hey, guess what kind of win condition overdrawing opens up for us.

JU is for real. Don't believe the naysayers. This ID can cut a good game plan to ribbons.