Why play with only 45 cards?

The deck sacrifices some agenda density in favour of less variance and extremely consistent game starts. This is especially true in Next, which can see so many cards (and install up to 3 of them) before your first turn even begins.

That consistent game start also means you can do some dumb things very consistently. Say, install and use Stinson on Turn 1 and get a large credit lead and then surprise the runner with some very big, very silly ice right away.

(Quick shout out to the first version of this deck which had 3 Stinsons and 3 Brainstorms in it.)

All that money and draw reliably combine to give you a fantastic head start over the runner. The strongest Turn 1 possible - exactly what a rush deck wants, right?

In short, it makes a rushy ID even rushier, and makes NEXT feel slimmer than a 40-card corp.

No Brainstorms here, though. Instead of surprising the runner with very big, very silly ice, this version of the deck just wants to hide behind chunky, taxing gear checks and race.

The plan is simple. An Elective Upgrade should ideally be the first score, then its counters can win the game with FA out of HQ. Protect R&D at all costs and bait the runner with Jeeves and NGO, then fire off Stinson ops whenever they end up too poor.

The deck performed reasonably well at Euros, earning a score of 4-4 and getting me to 75th place. It won against Val, Sunny, Ken and Geist, but fell short to 419, Smoke and a pair of Adams.

I’ve been casually tinkering with a bunch of "NEXT 45" decks for almost a year now (and boy do I still miss spamming Restructures), but I’m glad I finally got a chance to see if it could actually work in a serious and lengthy tournament.

The result? Well, it worked well enough to make me the top NEXT Design player at this year's competition. You could say I’m happy with that. :)

Hive is a great piece of ice when you only need to score one 5/3 agenda behind it. Hive really earned its place in the deck but I would never have included it if I hadn’t seen this list by Kaisarfaust.

So thank you to Kaisarfaust for making my day! 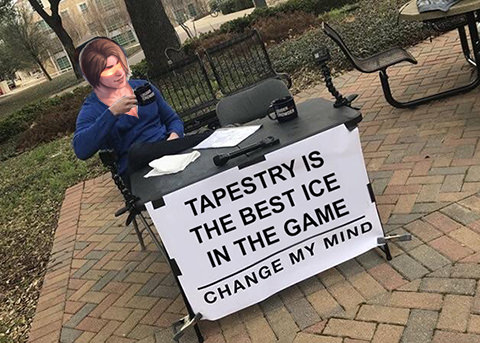