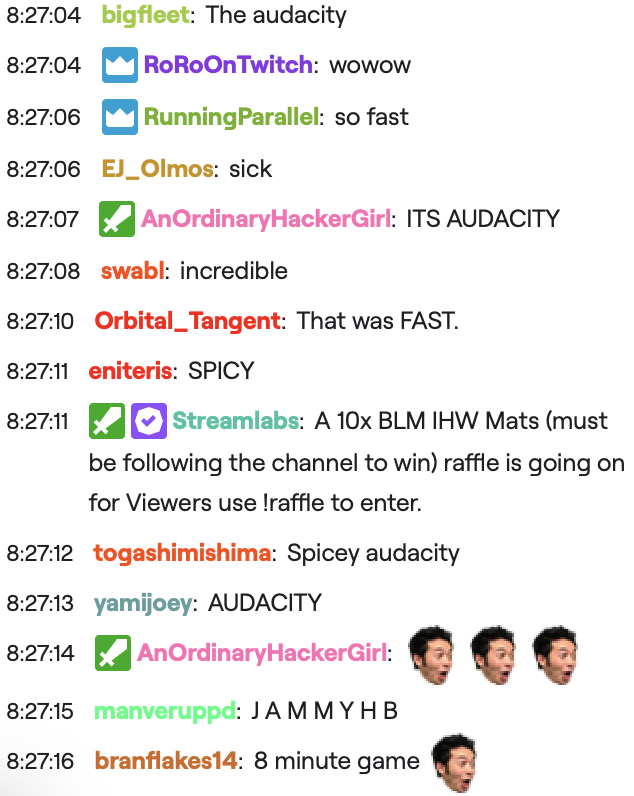 If you want to see more of a tournament report, check out my Stealth Leela writeup. Audacity Sports transcends one tournament: it's the ultimate jnet stomper; it's the deck you pick if you have to finish a game in 10 minutes and your life is on the line; and it's proof that just because gaining credits and drawing cards are basic actions doesn't mean that they're on equal footing.

The plan in the early game is simple: score agendas, slam Rashida Jaheem, and draw a million cards with Tranquility Home Grid and Violet Level Clearance. If you can overscore a Project Vitruvius or score Advanced Concept Hopper in the first three turns (often assisted by Vanilla) it's almost impossible to lose.

Keep jamming agendas until the runner can get in. It's vital that you fork them in the early game. Eventually the runner will have 20 credits and roll over all your ICE, but in the precious early turns, make them choose between getting money, getting breakers, and running R&D (which we almost always leave undefended).

You will win 90% of your games with Audacity. That's the beauty of this deck. Once you're on game point, it's only a matter of time until you get Audacity. The runner will steal Project Vacheron on turn 5 and think they have the game on lock. Little do they know you'll draw 20 cards in 3 turns and then score out. Turns out you can take any card and add "clicklessly gain 6 credits" and it would be a good card. When you do that to Biotic Labor, you have one of the best cards in the game.

We have a couple enemies:

If the runner doesn't have Clot or Stargate or a really good Anarch ID that shall remain unnamed (hint: it's one of the two that trashes Audacity), we should be heavily favored.

I think it surprises people, but we actually love facing Criminal, even Leela Patel: Trained Pragmatist. The key is that they can only keep us off 1 credit for Audacity for so long, and they have no counter-play to Vacheron, which means we'll always be able to fast advance eventually.

I will try to find room for 1 x Game Changer and 1 x Archived Memories. There were a couple games where I had money and just needed a lot of clicks. I think with Game Changer this deck could be the real deal.