The schizophrenia of Apex: you either deckbuild around your signature pressure card, or around your entire in-faction economy engine. An engine that doesn't turn unless the corp is on heartbeat fuel, you've assimilated Exodia, or you've found Mr. Mascot. With the speed that corps are going, it's becoming a big ask. So: 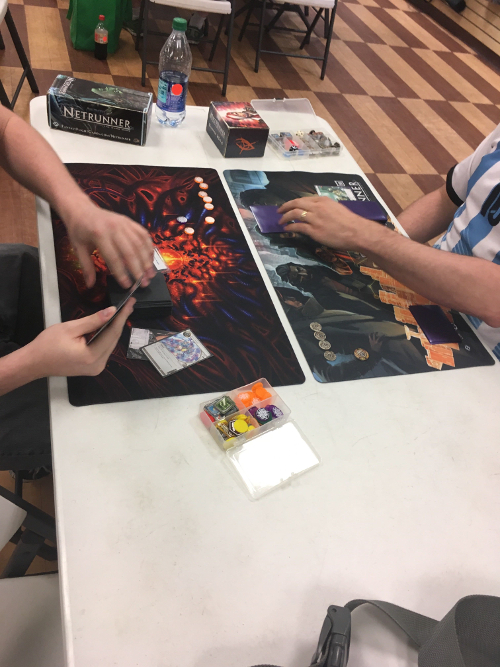 It's 2019 and this is what your semifinals table looks like.

Went 2-1-ID in swiss, then lost a close one (forcing the outfit to count to 7) in the cut before pilot error caught up with me. She plays like every other apoc deck out there, just with in-faction silver bullets for things that are hot in the meta right now.

Data Raven and Tollbooth are coming back in vogue outside of NBN, time to slot 'grounds again.

Prey has the same effect on people as Leave No Trace when they have no ice rezzed on a central. Prey into en-passant works way too often.

Assimilator+Reboot makes DDoS much less of an Important-Consumable-Resource and much more of a Gbahali-But-For-Every-Server-This-Turn. Use it if you got it.

Huge shoutout to the Austin crowd and thanks to voidreturn for putting this on.