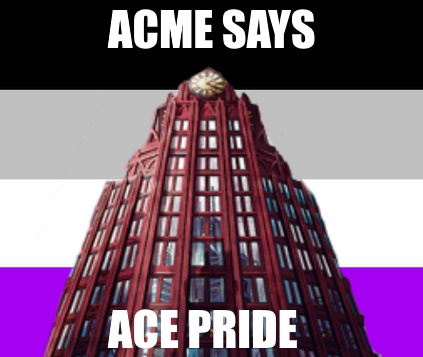 This is a deck that I first built for a special “spooky format” that we did at my university. It turns out, the week leading up to Halloween just so happened to be Ace Week, and hence ACEme was born. I have recently realised Asa (read: ACE-a) exists, which is arguably a not-terrible pun, but I prefer to play NBN anyway. Even though this deck was built for a special format, I have retooled it for standard and it has evolved from there.

Something that’s worth noting is that I haven’t updated this deck for Salvaged Memories, I’d probably have Sweeps Week in here at least and would be thinking about Scorched Earth, but I haven’t tested that yet.

The idea behind this deck is simple: get a Data Ward and score agendas behind it. We have the Cyberdex package as econ since building a remote server is a pain in the backside with this deck, we have the Economic Warfare package to make it even harder for the runner to safely break a Data Ward and access the server, and sometimes the runner just runs into Hard-Hitting News into BOOM!

I recently played this deck at a small university league where we played 1 corp and 1 runner game each week and could change the deck each week. I have previously published my runner deck, which you can find here . This deck went 3-2, which is significantly better than my runner did, but I still made a lot of mistakes and changed the deck quite a bit since I started. Here’s a brief summary of how each of the rounds went:

Round 1, Loss against Ele "Smoke" Scovak: Cynosure of the Net: This was before I decided Pachinko is bad and shouldn’t be in the deck, and I had a pachinko on R&D. She had enough stealth credits to break it for basically free by turn 6, then used The Maker's Eye and hit a Project Beale and a Bellona she had money to steal. Oof.

Round 2, Win against Ele "Smoke" Scovak: Cynosure of the Net: This was a bit of a long one, I got to 5 pretty quick with a Bellona and a Cyberdex Sandbox, and then she could break the Data Ward. In the end I played a Project Beale hoping she wouldn’t have the money to steal it and the second Beale in my hand and she didn’t run it.

Round 3, Win against Chaos Theory: Wünderkind: This was, essentially, a third smoke deck in disguise, using the extra MU for Mantle. He just didn’t have the econ to break a Data Ward, and 1 Bellona and 2 Project Beales later I had won

Round 4, Win against MaxX: Maximum Punk Rock: This was a list with 120-something cards in it. This was a good example of the fact that, sometimes, the opponent just runs into Hard-Hitting News into BOOM!

Round 5, Loss against Nathaniel "Gnat" Hall: One-of-a-Kind: I could’ve won this game by using Hard-Hitting News early even though I didn’t have the BOOM! in hand, or at least I could’ve slowed them down considerably. I also discarded an Economic Warfare when it could’ve been lethal with Hard-Hitting News and BOOM! some turns later. In the end she just kinda spewed out money and there was nothing I could do to keep her out of my servers, and I ended the game with 3 HHN in hand.

Overall, I feel like this deck is ok. I’m more excited about my runner deck even though it’s record was worse, but I still feel like I’ve learned a lot about this deck and would feel comfortable running it again.