Wait, so why don't we just.... take the Consume Freedom core and put it in a 40 card deck with an ID that says "draw"? 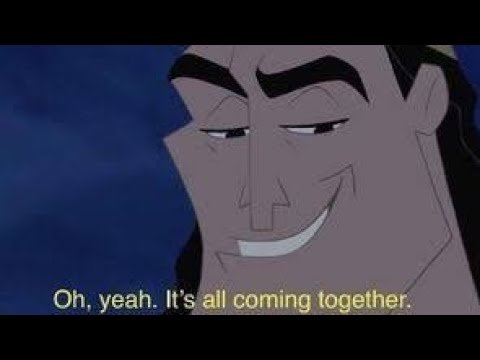 The general plan is simple, really. Get an Imp out as fast as possible, ideally in your opening hand. Then just start applying central pressure while looking for the other parts of your engine: Knobkierie and Consume.

This engine and ID was chosen as a meta call against Asa, Spombo and CTM. I felt that the only way to beat an Anoetic Void/Manegarm Skunkworks remote was to not waste time contesting it over and over and slam centrals instead. And this build does that rather well, boasting a nice speed and frankly insane disruption potential. I personally enjoy demolishing HQ then eventually shifting over to R&D since the corp will spread their ICE thin and overextend between Hippo, Botulus and Imp trashing it out of their decks and hands.

Most of the card choices are pretty straightforward with a mix of standard events, breakers and resources, and I think there are enough targets to justify the pair of Career Fairs.

The deck went 2-2 over the course of the day, beating both Asa's it met and losing to Tempo Sports and CTM. (Though I think the CTM was winnable had I made a better read on the final turn.)

3rd Botulus: After a week of testing and playing in the SC, I find myself wondering if I can make a cut for a 3rd copy (like Overclock or Laundry). This is the Boomerang that keeps on giving, getting you through any gearcheck on the remote when Engolo refuses to show up or back into HQ if you find yourself without a Hippo. This cut could also be for another Paladin Poemu or Gachapon.

Stargate: Probably not. You simply don't have the MU most times and you should be able to imp whatever you see on your R&D runs already anyway.

Simulchip: An reasonably good idea I had like... half a week after the tournament. Whoops. You could cut both Career Fairs for a Simulchip and 3rd Botulus (or other card) which would give you more answers to rush if you needed to speed up further. Also having a fallback in case of a surprise rigshooter is always nice.

Friday Chip: This is probably an interesting alternative direction, where you cut a card for a single Chip. This would allow you to set up an imp cycle, and let you swap your console to something else, like Keiko. My main issues with this was that it is a 1x hardware you would have to draw into, and would leave you more susceptible to purging in what I felt was a very Cyberdex Sandbox heavy meta.

Deuces Wild: A decent alternative to career fair. It has a lower payoff but in return it's never a dead card. The draw helps speed you up which is important in the current meta, and the expose or tag removal can come in handy at times.

The Turning Wheel: Corps these days go too fast for this to have a worthwhile impact, and imps serve a similar function. The best possible change for this is likely a single Political Operative to help crack a void/skunk remote. Other considerations include a 3rd Career Fair/Deuces, or DJ Fenris for Steve Cambridge: Master Grifter recursion since you're hammering HQ a lot anyway.

Is this runner better than Tao or 419? I don't know, and it's quite possible the answer is no. But I did have fun with it and it matched my playstyle while offering a fighting chance against a the current "power" corps showing up early in this brave new Update/Gateway meta.

Shoutouts to jamesgrey (who showed me one of his iterations of this list on jnet which kicked it off), the Salsette Slumlords (for helping me jam games, reminding me Sunny was not the call and providing moral support), and to RealityCheque for running an amazing SC (and to everyone who showed up). It was a wonderful time.

It feels good to be back after a hiatus, and until next time. Good hunting, everyone! ^w^