The idea of this deck is straightforward: what if Hoshipko had HQ pressure and could trash Tranquility Grid, Seamless Launch, NAC, and Audacity for free. This matters because the most obvious runner decks coming out of the ban shakeup are Hoshipko, Reavershop (although perhaps not one so refined as the one posted by Pinsel), and Apoc Anarch/Shaper. All these decks have great across the board matchups except struggle against Sportsmetal and Hybrid NAC/FA HB decks out of Sports or PD that split the difference between the best parts of classic Sports and classic PD (Sokka’s list and groenkaaf’s list are great examples of this style). Hoshipko, which is arguably the strongest among these, also struggles against normal NAC PDs.

UNTIL Hoshipko dropped the shackles and got BOOSTED with freedom straight into her veins. From that point on, we really struggled to beat the Freedom consistently with any corps until the Dies to Doom Blade Ag. Runners are up (at least at top tables, where they went 19-8), and in that environment Freedom beats down the divergent Corp wincons that necessarily emerge. Which is just about what happened, catapulting ⅞ of us into the top 32, 6/8 into tiebreaker rounds, and 4/8 into the cut.

This is the actual distribution of Corps at Worlds 2022: 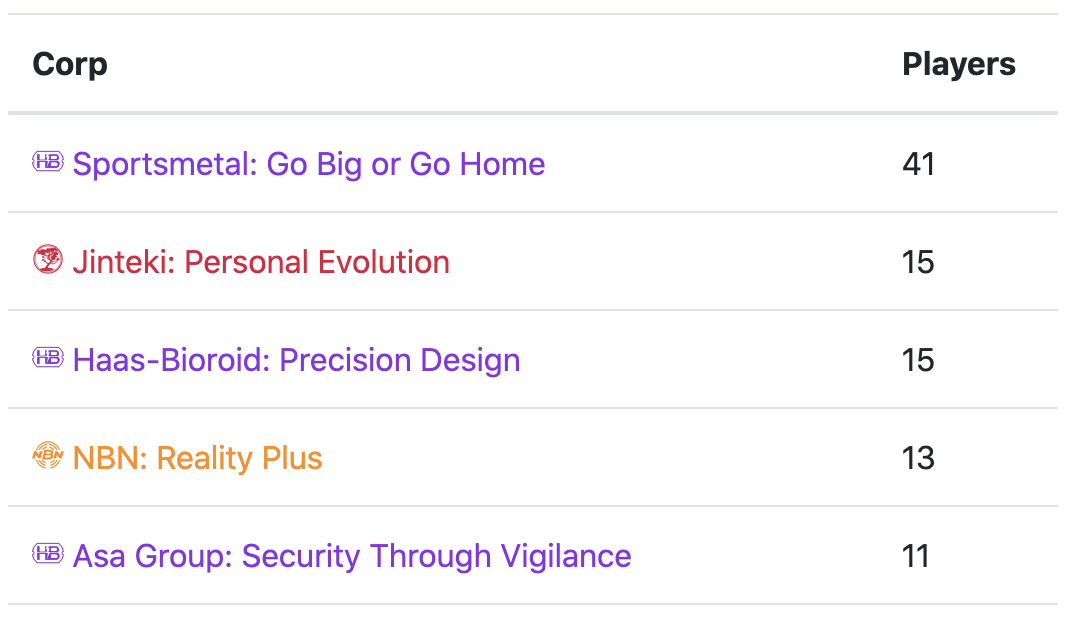 This is absolutely the distribution of Corp IDs you want to beat down with Freedom all day.

The game against bblum’s rush Ob is IMO the best game on stream to demonstrate what the deck is trying to do. Freedom pressures and disrupts HQ (liberté), forcing the corp to slow down and protect centrals equally (égalité), buying time to install and keep pressuring with Boat (humidité), buying time to disrupt more corp wincons and thus buying enough accesses on HQ and Stargate to close the game.

You need a lot of acceleration in the deck because this deck is trying to run A LOT. You can’t beat the Corp down by sitting back and chilling out. Cards like zer0 and gachapon that don’t quite make the cut in a more value-oriented deck like Hoshiko are important includes in Freedom to get your pieces fast before you start falling behind. And you DO need gas to keep up with the best Corps in this environment. With that said, the deck has less late-game econ than a traditional Hoshipko because if you are so much better at keeping Corps in that early and mid game board state. You save money by trashing important 4-costers like Tranq Grid and NAC for free and save yourself remote runs by indirectly pressuring never advance plays by trashing Seamless and Audacity from hand. 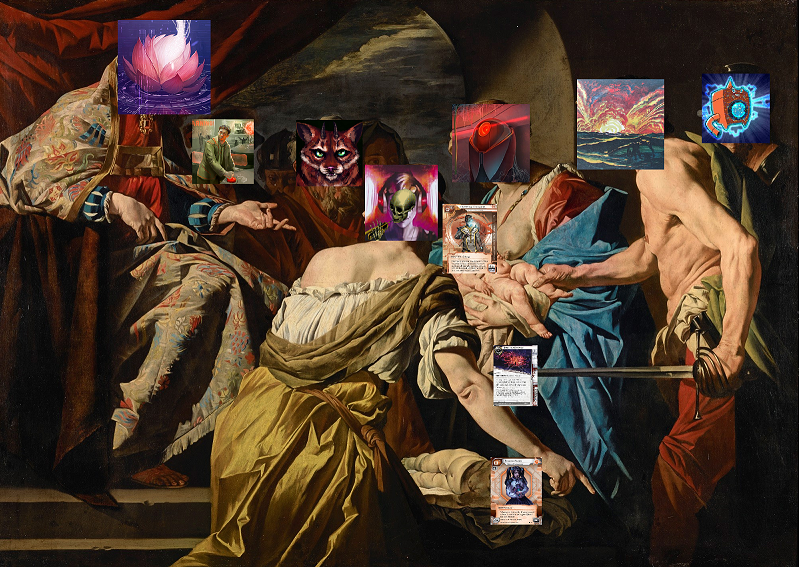 Within our group, we were settled on about 43/45 cards. I decided to go really hard on the acceleration and the Gachapon synergy packages, including playing 3 Gachapon, 1 Mystic Maemi, and 1 Dreamnet. This is HB tech, which is the matchup that puts you the most on the clock. I also played 2 Pinhole Threading, which is a great tech card that slows the game down against HB and trashes Dragos against R+.

Here are some of the other ideas that made it far in the process and in many cases were played by others in the event: 2nd Mad Dash, 2nd Botulus, 1-3 Daily Casts, 2nd Liberated Accounts, 3rd Dirty Laundry, 3rd zer0, 1-2 Labor Rights. Special shoutout to analyzechris hyping Guinea Pig which allowed him to “find” breakers hiding in hand and burst in credits to bust into some truly safe-looking NACed remotes. I wish we’d had a bit more time to test some of the more exploratory and innovative ideas.

With the final two influence: No Free Lunch and Stone Ship Chart Room. Special shoutout to groenkaaf who played a cheeky Hunting Grounds for the Ag deck (which he didn’t face all weekend).

My favorite part of Netrunner is the testing process. Figuring out the meta, refining and positioning decks, and the collaborative atmosphere are where it’s at. If you then happen to hit pretty well in the event based on that process, it’s an even better feeling. Never have I felt more rewarded for trying to figure out and position decks for a meta than I have for this event. Seeing one third Sportsmetal at worlds when I’m holding a solid gold brick of Freedom in my hands is what Netrunner is all about. This process is a truly collaborative one and the success of this deck is a success of the testing team. Finally, a shoutout to the Parisian meta and the French Netrunner community. The timing on Continentals never works out for me, and therefore Worlds is my one big event each year, so thanks a ton to NSG for running such a great event. ABR.