Santa probably not bringing me present because of this...

I am not proud of this, I am even a bit ashamed because it is neither very smart deckbuilding nor does it display very interesting play patterns, but I feel like this is a relevant meta call in this new startup meta.

I know, I know, people on jnet do not like to play against PE and most of the time they do not respect snare. It is partially true and some games were won this way but this deck is not about the opponent making a mistake it is about grinding his deck with unavoidable damage till he cannot steal anything. It is about fun denying.

I think in this format the grinding archetype is indeed very strong for several reasons :

It is true, we lost Sting wich was our savior in previous meta but they lost so so much more.

This deck is not the most fun the game has to offer... 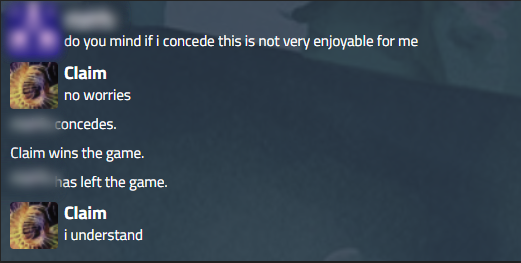 I mean, I felt bad as well while playing it but I wanted to see if it was really solid and now I feel confident enough to say that this kind of deck will be a nuisance in the format. This is most certainly not the best version, I barely tweaked it during these 17 games but the only game I lost was against a very competent player and I felt flooded with 2 pointers for the whole game with no Nightmare Archives in sight, variance. Some other games were close.

Here are a couple play patterns and ideas :

Please do not play this deck or even better : prove me it is bad and I’ve been delusional the whole time.

But i dont know... Startup runners seems so fragile these days.