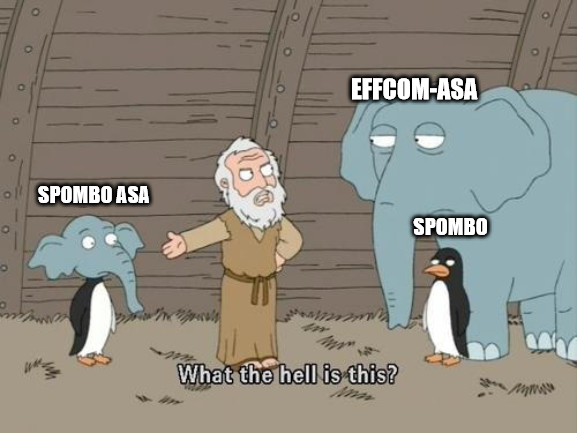 This is the continuation of Effcomm-Asa, which got hit hard by rotation. Even though it only lost Efficiency Commitee and bootcamp, both cards were crucial for the deck. Without effcomm, you would win way slower, and without bootcamp you didn't find your important cards consistently. Especially an early rashida or court for vlc were very important. However the shell itself with fully operational has proven to be very powerful.

When we finally got the new spoilers, i immediately started building new decks. I experimented with spombo, having lost sleepers, but gaining moon's grid, purple calitesting and vacheron. It was ok, but more importantly it had way more slots than spombo.

After a discussion with @jackmade, we had the idea to combine both decks, so i started building again. After an initial version was built, NWE started testing this deck to see what should be changed. We then finally arrived at this build that most of us took to german nationals.

The resulting deck is basically a tempo deck. It uses the ridiculous vlc/fully operational/rashida engine to gain more tempo that the runner can handle. With the addition of both AAL and BBG, the deck got even more click compression, BBG being clickless econ for your installables, and AAL being worth 2 installs+2 credits. Unlike spombo, which tries to give the runner agendas and protects by threating a combo, this deck has the econ engine to protect the agendas by denying access. Because you can also protect all Spombopieces with ICE too, this allows the deck to threaten scores which spiral even more out of control, while making it hard to trash arella and TS. If the runner then manages to steal some points and get somewhat setup, you can use the spombo combo to close out the game.

I also want to mention the agenda composition. Vacheron is a great agenda, lowering your easily stealable points to just 11 points. Together with megaprix and hyperloop, it is also a great enabler for gamechanger. On top of this, megaprix also has fake points for yourself, so you are effectively playing 5-6 3/2 agendas. This is also important in case you lose to many vacherons.

I think this asa is even stronger than the worlds version. It does similar things, but is more consistent, has less clunkier combos/synergies, and a better econ engine. It also doesn't lose any tempo when scoring agendas. The agenda composition is also better. having more time to score out due to vacheron, and being less reliant on one specific agenda because it has 8 3/x agendas.

I would also consider the playstyle with and against it a lot more interactive and interesting than most other playstyles. The deck gives the runner a lot of possible ways to attack it, but is also forces the runner to choose because the runner can't do everything. It also cannot reallistically be locked out, so the runner has to be proactive and try to win by winnning, not by just contesting everything installed and not losing. On the corp side, the cards are all very flexible and synergetic, giving you a lot of options. Then you have to find the way to create more threats then the runner can handle.

During the event itself, it performed very well. It even managed to come back from an horrific apocalypse that i had in mind, but did not expect to actually hit me the turn it did. On top of having good games with it, the entire tournament and weekend was great! Shoutout to all those that organised and helped make german nationals as amazing as it was. Also shoutout to the NWE crew for testing and a great weekend. And shoutout to @jackmade and @labbes for meme support.