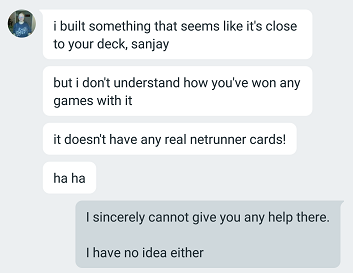 Figure 1: They can't tech against your strategy if you don't have a strategy.

Assimilator, and the promise of Apex finally making friends with Aesop and his Pawnshop, means big things for our sentient virus/dolphin brain in a jar/digital spaghetti monster friend. Add to that engine Chop Bot 3000, Reaver, and a neat decoder in Cyber-Cypher and you have a force to be reckoned with. It almost feels a bit un-Apex-y it is so functional.

But in Cache Refresh, Apex is their old non-functional self. You can only include a single Aesop's Pawnshop in your deck, none of those other cards are legal for one reason or another. Modern Apex decks have economy and real breakers. Cache Refresh Apex has Sure Gamble and and needs to think really hard about Endless Hunger.

Yet, in the most recent Stimhack Online Cache Refresh Tournament, I made the top 8 of a tournament with around 38 people.

Because I was doing well, people assumed I was on to something. The truth is, I wasn't. The deck is a rickety bag of nothing powered by flimflam and luck.

The deck went 3-2 in Swiss picking up wins vs:

Jinteki: Personal Evolution, where Heartbeat actually means that your matchup is pretty good.

Seidr Laboratories: Destiny Defined, where my opponent got Apoc'd to heck and then Ultraviolet Clearanced into no ice. What they drew instead were agendas. You can watch here.

Asa Group: Security Through Vigilance, where for the first time in the tournament my Aesop's Pawnshop economy engine and my Security Nexus + Aumakua + Endless Hunger breaker suite actually got going, and even then my opponent was able to identify clear lines of play they could have taken differently I would have lost to. You know your deck is doing well when you play two different consoles in the same game.

The deck also got demolished by Titan and lost two close games to Spark. You can watch the two Spark games here and here.

I have a few takeaways from the experience:

My corp was Tennin, and I think that deck was quite decent!

The community around the tournament is lovely. We are wrapping up the current tournament but if you keep your ear to the ground on the Stimhack forums or the #cache-refresh-tourney on Netrunner slack (or, really, anywhere where people talk about Netrunner), you should hear about the next tournament, which should be soon. Hope you join us!