In preparation for Worlds, we were testing mostly Steve and Apoc Maxx to see how they felt in the new meta. We found Steve suprisingly less stronger than 419 did in the past and Apoc Maxx for some reason was now awful against CtM. Plus both felt quite weak against the Gagarin decks we were testing. 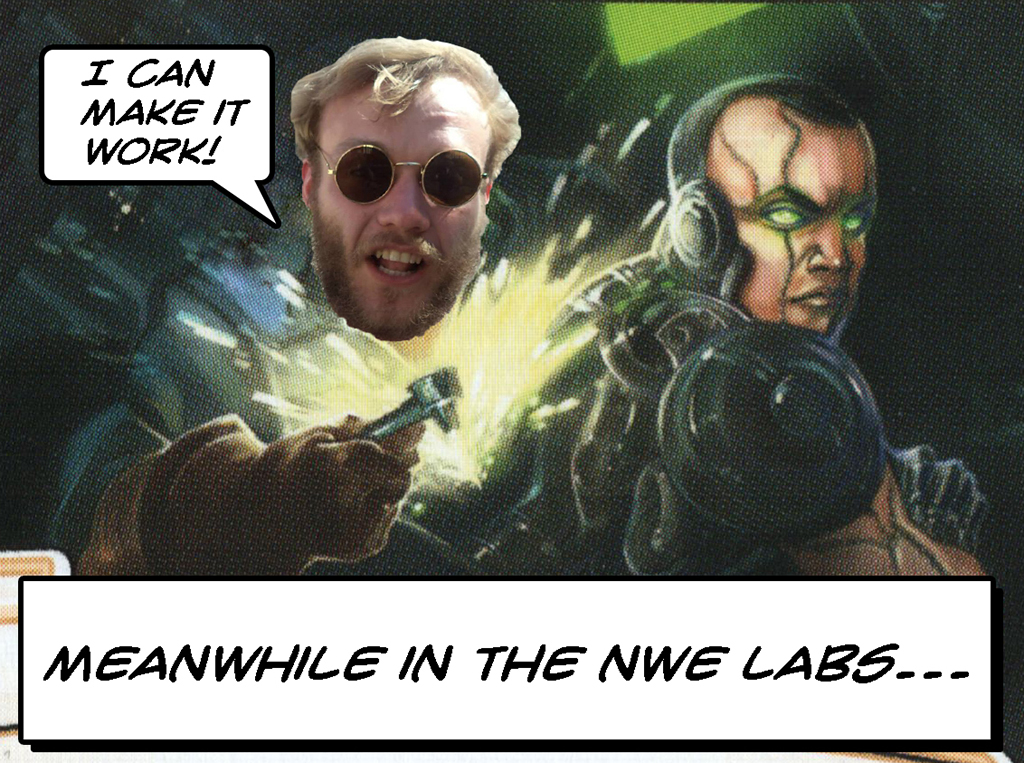 One day @Tugtetgut showed up with an Adam list he felt viable. Early iterations felt quite strong as they had some of the best cards from all the factions: 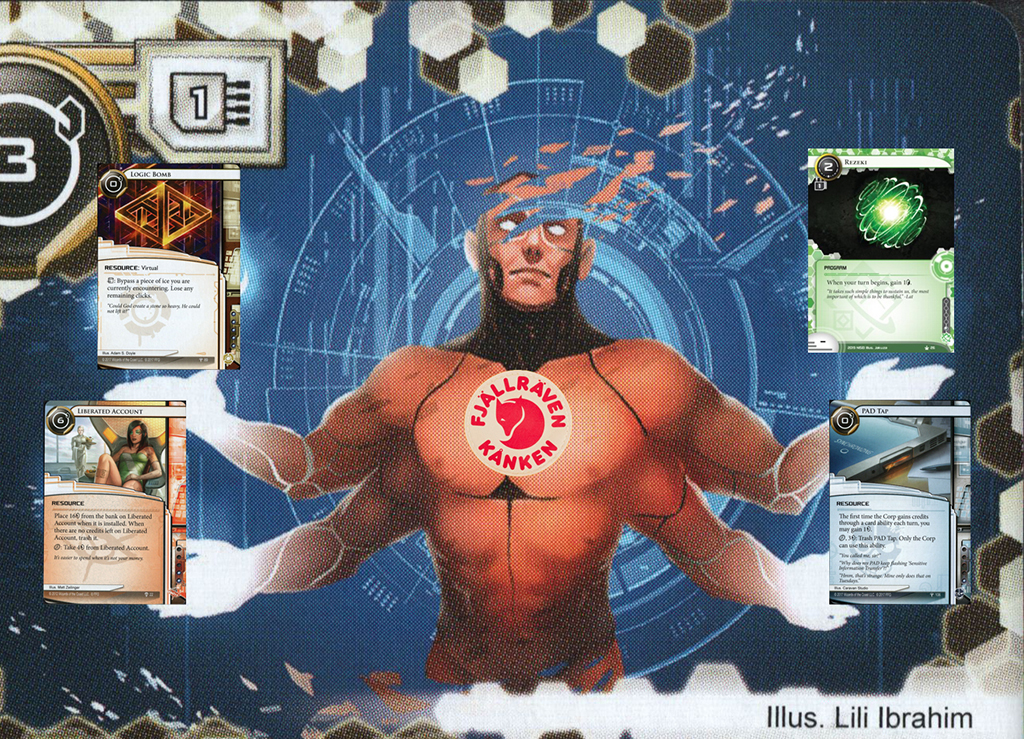 (Ironically, we tried out Multithreader and it was terrible.)

Sadly we found that Adam was also horrible against Gagarin (Urban Renewal is really dangerous with a handsize of 3), but our Danish mad scientist added a card that made perfect sense: Sports Hopper.

Helps tank the early Urbans, literally stops the whole Neurospike-Reeducation combo in its tracks, helps steal Obos behind Data Loop and can be used with Emergent Creativity to get a 3 cred discount on anything you tutor for. Funnily enough, you can also just fetch Hopper itself, for example against Neurospike. Adam still felt a bit vurnable, so he also added Citadel Sanctuary and Misdirection. While these changes were mainly against Gagarin, they gave Adam a huge advantage against the CtM decks that started to surface. 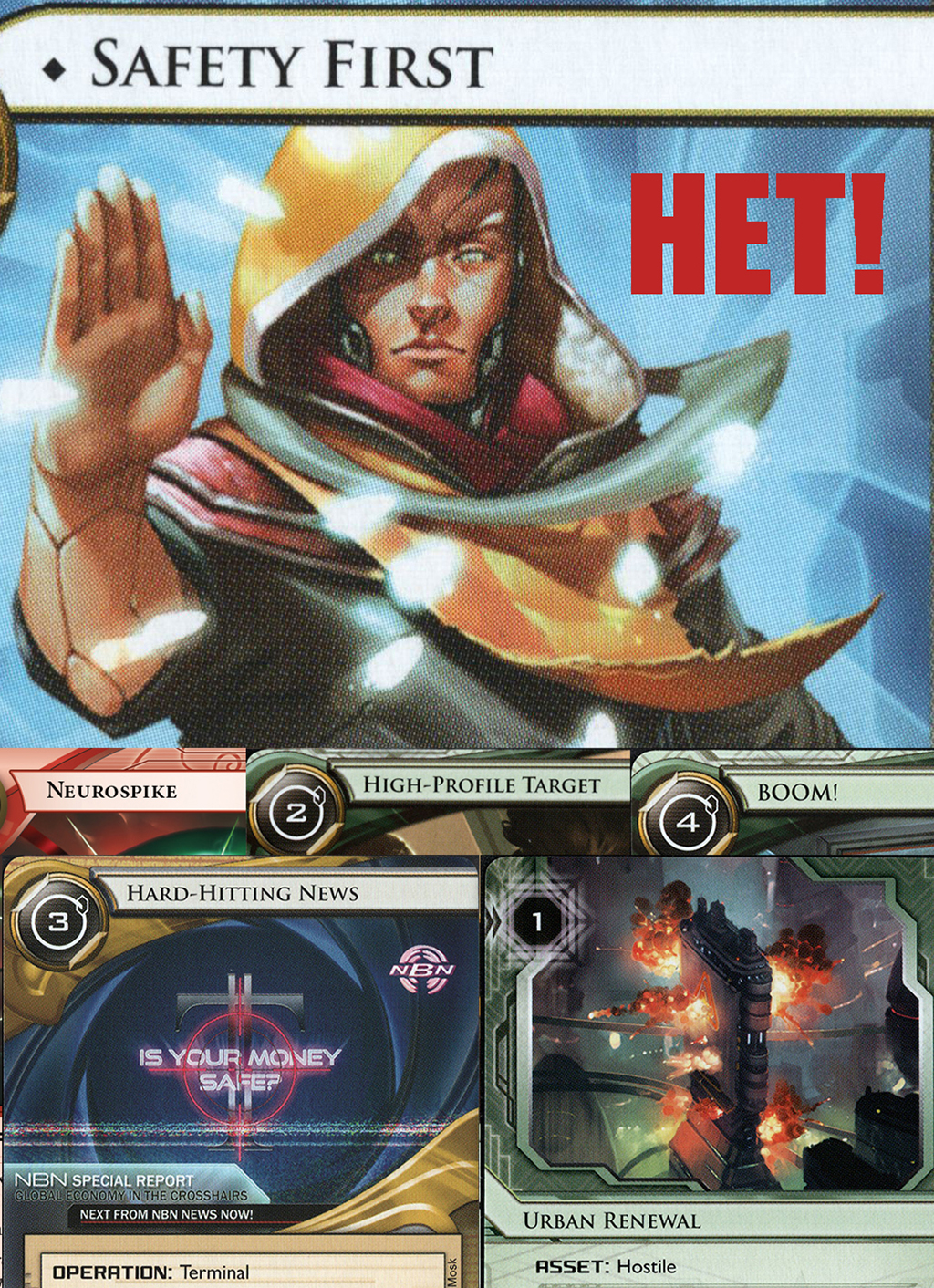 What we ended up with was a runner deck that was very, very strong against all the yellow decks (Acme, Azmari, CtM) and our Gagarin. We might have gone overboard with the Adam vs. Gagarin testing, but once both decks were in their final states (aside the usual 1-1 cards we change around) the matchup was actually fun and heavy with decisions, so we just kept playing it.

The one tradeoff is that it's usually quite terrible against PD. Most of our testing games went very similarly:

The RNG Key could potentially be a 2nd Mad Dash to maybe help, but even when we tried that it didn't feel enough, plus RNG Key sometimes helps with tempo if PD keeps one central light on ice (and does a lot in the very ice-light asset matchups). Maybe my approach during the games was incorrect and I should have put heavier focus on the remote, but then Void still usually stops Adam easily. Maybe a 2nd Plop to help with the remote. If we ever figure out that matchup, Adam will probably be the best runner.

Until that it's a really fun deck that's strong against a big portion of the currently popular corps.