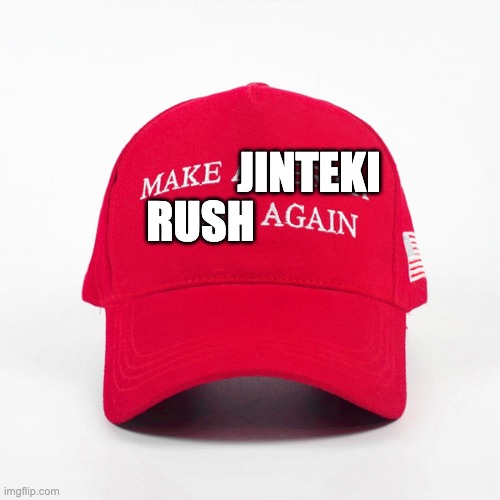 Born from the ashes of Currents are back here is my latest version of modern Jinteki rush deck.

All defender no killer

We're not trying to kill the Runner here, we just want to score and do it fast, fair, and efficient.

Unlike most Jinteki decks we have a pretty good economy also thanks to our cheap ice suite. The Runner will end up breaching servers for pennies in the mid-late game, so we must win before that happens (or have them decide not to steal our agendas, more on this later).

Saraswati Mnemonics: Endless Exploration usually screams for traps or kill gameplay: we leverage this prejudice and believe the fear of Snare! is stronger than Snare! itself.

Rush before the Runner can find solutions: Saraswati Mnemonics: Endless Exploration, Seamless Launch, and the freshly unbanned Shipment from Tennin are great click-compression cards, allowing us to potentially install an agenda every turn instead of every other turn.

We can also FA with Shipment from Tennin, especially after a turn when Argus Crackdown discouraged the Runner from checking our servers.

An early Aumakua or Engolo can be very obnoxious: against the former we have Macrophage and Cyberdex Virus Suite, while against the latter we rely on our only real trap, Neurostasis, and on stacking multiple barriers on the scoring remote.

Early aggression cards like Boomerang, Inside Job, or Botulus can stifle our rush plan as well: just don't give up after losing the fist agenda! ;)

Imps trashing our beloved operations or unstealable Obokata Protocol also are not ideal. The same goes for Maw.

Runners could also beat us in the rushing plan thanks to Deep Dive, so Ark Lockdown was included precisely to get rid of any lingering Out of the Ashes; Paperclip or Black Orchestra are great targets as well, of course.

Game 1 (Adam: Compulsive Hacker): rushed my way to victory. He couldn't find any early solutions and was also limited by the 3-cards max hand size.

Game 2 (Null: Whistleblower): he was tricked into thinking I was playing a traps deck, so when I installed Hokusai Grid on R&D he didn't run it for a long time, fearing it was Mwanza City Grid. It gave my time to score a couple of agendas and create the spiky remote server where to put Obokata Protocol for the victory.

Game 4 (MaxX: Maximum Punk Rock): very tight game where an early Aumakua was kept under control by scoring 2 Cyberdex Sandbox and putting a Cyberdex Virus Suite in Archives. I hid the winning Obokata Protocol in the scoring remote (protected by Macrophage and Kakugo) and left it there for quite some time, waiting for Seamless Launch: he thought it was a bait so he never run it. The winning move was playing Ark Lockdown on Black Orchestra: this made him run HQ with Aumakua at only 1 strength, too weak for Enigma. With no other servers to run he passed and I could play Shipment from Tennin for the win.