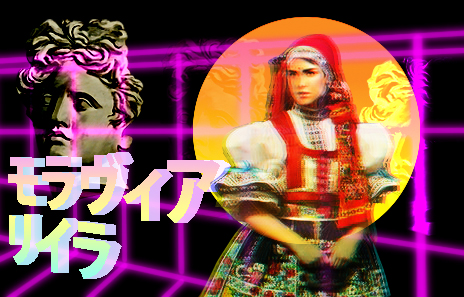 After Asia Pacific Continentals I was in two minds. Very happy to see my friend and fellow Moravian longi succeed spectacularly. At the same time I believe Titan, Mushin or similar desperate choices at top tier are a sign of an unhealthy meta.

Already regret the 15€ when I see the amount of titan. 🙄

I'd rather just complain.

Leela is not a good deck.

Don’t mind me then

Clearly, what dome_ said was struck with me so I gave longi's and qvm's decks a spin. Longi's deck won for me, so I made a few changes and presented it to him and Krasty.

The main one is the console, as admittedly longi used Paragon just out of habit and didn't really consider the other options. It pulls weight against decks taxing clicks such as Argus, RP or MCA Austerity Policy

Now the Career Fairs needed to give way to more economic run events, as you're getting more value out of them. One-off Labour Rights let's you get more value out of your whole deck. Longi was sceptical seeing me cut the economy cards, but playing his deck I felt I have too much money. His biggest horror was going down to one Special Order. Don't worry – you've got Engolo and three Boomerangs, you can probably cut it altogether.

Lastly, I swapped Kati Jones and Hernando Cortéz for what I believed would be more relevant hate cards in form of Political Operative and The Black File. And most importantly, I trimmed the card count to 45.

In my first round I played against theoneakaneo on Sportsmetal I started out big, siphoning them first turn. But then I continued sloppy, as is my habit on the first round. Turn five I steal advanced Ikawah Project and then eat a Snare!. With one click left and two cards, I stupidly remove the tag and next turn Punitive Counterstrike sends me home.

Now I'm facing off rusefus on AgInfusion. On turn three, thanks to Sneakdoor Beta, Leela's bounce follow up The Maker's Eye I sit on comfortable 4 points. Rusefus catches up on turn nine by scoring SSL Endorsement. They connect that with install double advance the very next turn. They greet me with a Tiyasi and with Engolo installed I have enough money to break exactly one subroutine. With both бухгалтер and Labor Rights in hand, I cannot afford to take too much damage because of Anansi lurking in the deck. And going further won't yield an agenda anyway, as there is still the strongest AG ICE to deal with - an unrezzed one. Turn twelve we're both on matchpoint and there is another advanced card in the チヤシ+unrezzed protected remote. With 13 credits, I know I can install the Paperclip and break it to force the AG. With two credits to play Dirty Laundry and three click left thanks to Swift I can get exactly seven credits for another Čijaši break. But Mind Game on centrals makes me encounter the remote again before I'm ready. So rusefus rushes the win in amazing fashion turn 13.

Against yodatmelia, we both play a good netrunner and while I do sometimes spend a credit to deny them five, we don't present any surprises to one another. They let me build more than twenty The Turning Wheel counter for the win.

The game against Smieszny was the first time I banked on this event being online. He's made a great showing with his glacier NBN for a good cause at BLM tourney and he was right to present his success on NRDB. With no fear of Hard-Hitting News I maintained the pressure until his deck folded.

After a tasty lunch I was very happy to make notdabees sweat for three turns under The Black File. It was an exciting and close game that I believe is captured on stream.

On round six I am facing off Cliquil's Jemison Astronautics and I have no idea what to expect. They rush out dedicated City Works Project without the help of ICE and when they try to do that for the second time, I take eight meat damage safely knowing their last three NRDB published decklists don't run Neural EMP. In the end, they conceded.

Until the very last round I keep struggling for the top cut. I needed to win this game, since ChaosIsMe refused a two for one. In the end I believe I got a bit unlucky with all the TTW unique accesses, as documented by the New Andes streamers.

All the games I played were close and I like that and think it's a sign of a good meta. I didn't play Titan once so I guess the money was well spent! :D I cannot thank enough to everyone involved in making this thing happen.