27 months of intermittent pot-stirring brings you this nightmarish pile of traps where any facedown could be a horrible faceplant, a ticking bomb, or a hatch that leads you down to the next level of hell. 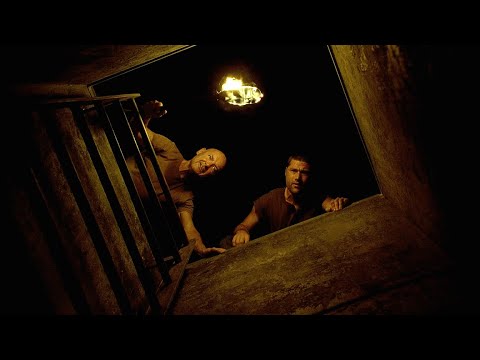 This is a real deck, not some theorycraft or meme Saraswati. However, it is solid tier 2 jank.

The soul of the deck is this: Use the ID, as much as possible. If the runner checks everything, feed them more traps. If you've broken their will, and they just stick to hitting centrals; score that Jumon, advance that Ronin. You want them to fear every possible outcome.

Strategy tips:
- Don't sweat it too much if you have to install things unprotected, but keep your money up. Try to gauge when the runner is ready to bite something spiky.
- If you're already set up and the runner isn't hitting HQ much, hang on to a Jumon until you have 2 Seamless in hand to 5-advance it the next turn.
- Mlinzi is a 7c Anansi, although you should probably try to stay well above 7c.
- Otoroshi can get you a kill if you have a hidden trap on the board. Some runners will just treat it as a tax and give you counters... you always want to have something unrezzed on the board.
- Keep track of whether the runner has seen any Ronin or not. If they have, you can try bluffing an advanceable trap as one by boosting it to 4 advancements.

Problems:
- The deck can run poor if you're not careful or get bad draws, especially against Criminal decks. If possible, mulligan for and rush out a Sandbox.
- NGO Front is clearly a nonbo with the ID. But Rashida makes less money and can't benefit from the ID at all, whereas an ID-advanced NGO in a safe-ish server can still pay out a full turn later.

Cards intentionally left out:
- La Costa / Trick of Light: too expensive and Seamless does it better.
- Anoetic / Bio Vault: these run counter to the goal of the deck. If the runner steals something, they steal it. You want them to not know whether they're getting a Jumon or an Overwriter, which means we need to let them in so they can see as many traps as possible.
- Hansei Review: Extra Hedges could be better than Celebrity Gifts, but with Review the runner has to run Archives to see the traps. Gift just lets us show them to the runner.
- Longevity Serum: This card could maybe replace another agenda to get us to 20 points, but it is frankly tempo negative in comparison to the others. Honestly I would consider Viral Weaponization in one Obokata slot except for the fact that it does nothing when stolen.

Thanks to the Seattle-area meta for suffering through two years of COVID and Saraswati testing. 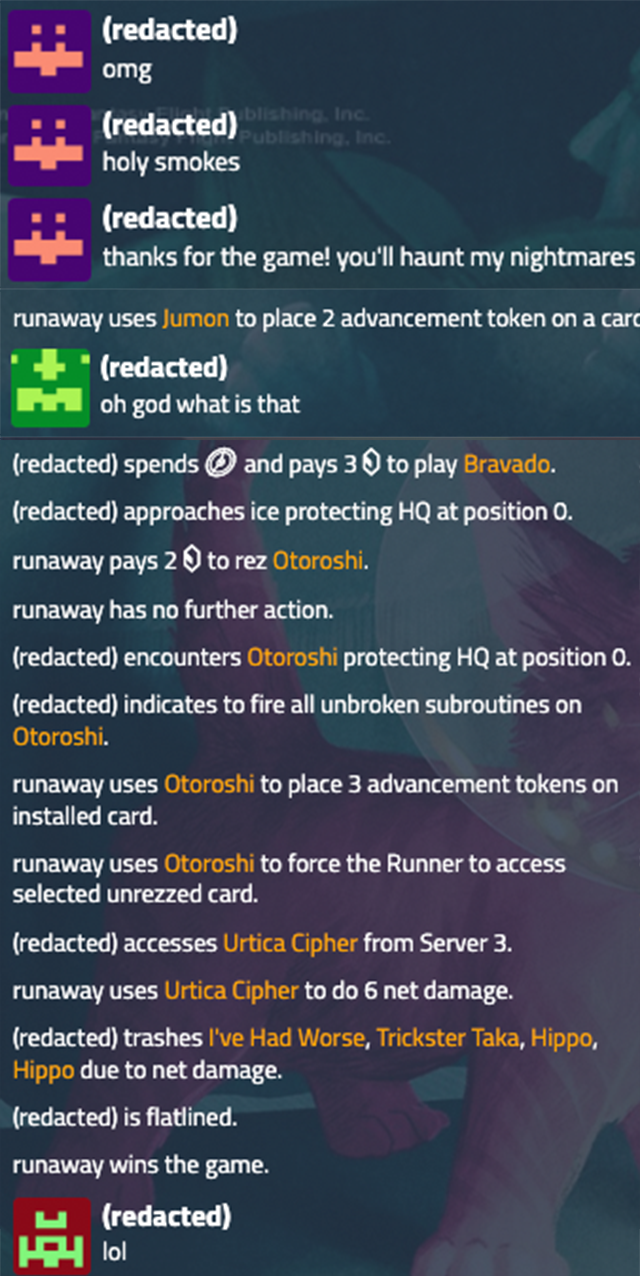