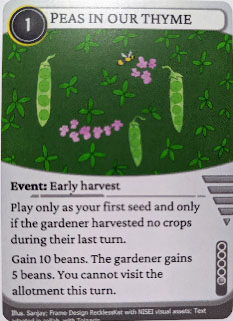 EDIT: After spending so long editing this writeup I hadn't even noticed I'd messed up the actual decklist. Should be -1 No Free Lunch, +1 Femme. I'm too tired -_-

I have almost exclusively been playing Adam ever since he came into our lives way back in 2015. I've had some ok results but never in my wildest dreams did I think I would take him into the cut in a tournament of almost 100 players. In a way it's the perfect end to my time with Adam, given this could well be the last major tournament he's legal for.

Now let me be perfectly clear, this deck is entirely kikai's creation. I took a bit of a break from Netrunner for the last couple of years, and in that time kikai brewed up this wonderful creation, taking a previous version to great success at Continentals earlier this year. I just cheekily nabbed it off him when I got back into the game a few months ago. So please send all your love and thanks his way.

All my love and thanks go to the Burliegh Arms gang for all the support and fun times, to PaulyG and everyone else who organised and ran the best UK tournament I've ever attended, and to the whole UK Netrunner community for just being so gosh darn lovely.

I'll be back at the end with a brief tournament report, but for now I'll let kikai explain the deck:

The core trick of the list is using Emergent Creativity and Femme Fatale to tutor Endurance onto the table for free. A major benefit of doing this in Adam is that Femme Fatale and Logic Bomb both neatly address two common Corp answers to boat -- NEXT Activation Command and Trieste Model Bioroids.

The deck performed well at Continentals, and assumptions of it's death to the Rezeki and PAD Tap ban proved to be premature...

We have good matchups against Sportsmetal: Go Big or Go Home because of our turn 1 central pressure (Neutralize All Threats and Find the Truth), and against HB in general because we can use Logic Bomb and Femme Fatale to ignore NEXT Activation Command.

We have a reasonable matchup against R+ Prison (as long as they are not on The All-Seeing I), because we have 2 x Mad Dash, a turn-1 Mad Dash enabler (just remember to dodge the R+ draw trigger), and lots of low cost installables (and directives) that we can sacrifice to Degree Mill. We also have HQ multiaccess to find and trash BOOM!.

We have a good matchup against Weyland rush, because we have lots of ways to be aggressive.

We have a good matchup against NBN asset spam, because we have Peace in Our Time, Tapwrm and Misdirection and can (mostly) ignore the Hard-Hitting News threat. We have a reasonable matchup against Weyland asset spam for similar reasons, but can easily die to Urban Renewal.

We have a poor matchup against Jinteki because we have no good way of dealing with Anansi.

It turns out that Tapwrm is a very strong replacement for Rezeki and PAD Tap in Adam. Here's why:

b) forcing a purge from the Corp is most valuable when our "drip" (our start of turn triggers and once per turn triggers) is greater than the Corp "drip" (e.g. Marilyn Campaign, PAD Campaign, Daily Business Show).

Adam has built in "drip" in the form of Safety First, and Find the Truth (which fires once per turn), and even more drip cards. If the Corp purges while we have an Earthrise Hotel or Daily Casts ticking down, or even if it just gives us another run to charge Endurance, that is probably enough to put us significantly ahead.

Peas in Our Thyme

Peace in Our Time was the final piece of the puzzle in making this deck sing. Originally included as a way of dealing with Bladderwort and Hard-Hitting News, it also fixes a key issue with the original list, i.e. what do we do when we can't cheat out Endurance because we drew it? With PIOT, we have the money to pay for it the normal way.

One interesting thought experiment is what we should do when we have both Peace in Our Time and Tapwrm in our opening hand. We discussed this on the day, and we feel that, given the option, it's better to install Tapwrm turn 1 and save Peace in Our Time for turn 2 (or even later). Of course, matchups and other cards in the opening hand influence this decision.

Possibly worth saying that this card is basically dead draw against Sportsmetal: Go Big or Go Home (but we are pretty strongly favoured in that matchup anyway).

Misdirection was a last minute include, because we expected lots of NBN at UK Nationals. It's a great card in Adam because we can install it turn 1 for 0 (to free up our hand for Safety First triggers), and against HB we can later sacrifice it to Fairchild 3.0 (saving us 3 credits), and against Weyland we can sacrifice it to SDS Drone Deployment. Against Jinteki it is just another hitpoint (like so many cards).

As well as being a tech card for Drago Ivanov, and a 0 cost installable that we can install turn 1, No Free Lunch is a great partner resource to Logic Bomb, for those remote runs where we are forced to take a tag (from Funhouse or similar).

There are matchups where it's useful (PE, R+, Azmari) and matchups were it isn't. Don't bother installing it against sports or rushy decks, just overdraw and discard it instead.

This could possibly be cut for a third Earthrise Hotel, although, in testing, we found that the third Earthrise could cause issues with hand management (too many cards, not enough credits to play those cards).

We need it to deal with Border Control, Endless EULA, Ping and (sometimes) IP Block. That's about it.

In testing we found that DJ Fenris was a "nice to have" in the mid and late game, but awkward and unwieldy if we see it early. It was a pretty easy cut when we wanted to free up influence for Misdirection.

Carmen was up for consideration in testing as a way of breaking Anansi, but it compromises the core of the deck (cheating out endurance) without guaranteeing us a win against Jinteki, and we don't need it in any other matchup. The recently spoiled Orca looks like a much more interesting alternative for fixing the PE matchup, and could potentially replace one of the Femme Fatale.

Stoneship Chart Room is probably better than No Free Lunch in a meta without any NBN, but that is absolutely not the meta that we are in.

Ok, it's me again, Hammers, with a brief tournament report:

I went 3-1 in the swiss and 1-1 in the cut with the deck, kikai managed 5-1 in the swiss (even managing to defeat a dreaded PE) and 0-1 in the cut. I think 9-4 is a result to be very happy with, particularly in a field full of horrid R+. Assuming the Jinteki presence in the meta stays as low as it currently is, then I think this deck should remain viable for the forseeable future. But who knows what Parhelion will bring...

I got off to a bit of a shaky start (usual start of tourney nerves). Eventually I stabalised a bit and kept up the central pressure ending up on 6 points. The game went to time and I was denied a Mad Dash point with a Border Control on R&D.

Started much better this time, nabbing 2 early Atlases from R&D. That quickly got very iced up but by that point I could just lock the remote and prevent any Fast Advance / City Works Project nonsense.

The middle of the day has all gone a bit blank so I really have no memory of this game at all. Sorry. But hey, somehow I won it!

A lack of early ice drawn meant I could capitalise with Adam's built in aggression. A constant stream of Tapwrms meant I could basically ignore the Azmari trigger and gave me the tempo and economy to close out the game with relative ease.

The fates cruelly decided there could only be one true Adam player, and thus one of kikai and myself was forced to knock out the other. I had the luck of getting to play Adam vs his Sportsmetal, and that luck continued when I had one of the most disgusting first turns I've ever played. You can watch it here (it won't take you long...)

This was it. The final boss. R+ being piloted by one of the country's best players. I didn't have high hopes, but I do think I put up a very good fight. The game started ok, an early Misdirection giving me the room to money up and get ahead by stealing a Degree Mill (ditching a fairly useless T400 Memory Diamond and half used Daily Casts). I then messed up. I forgot to track a Drago tag which had been given to me to destroy my boat (no big loss really). I went and dealt with the Drago but accidentally floated the tag, which Rotom pounced on to wreck my economy. This wasn't game ending, but set me back a good few turns while I recovered, giving Rotom the time to get up to 6 points. The game went to time with what I thought was a Bellona in the remote which I did not have the money to get. I decided my only out was to nab a Degree Mill from HQ/R&D (and I was pretty certain HQ was empty). I ran HQ anyway and saw the Degree Mill on top of R&D with Find the Truth. Assuming I had the win, I credited up and ran R&D, only to have that Bellona in the remote turn out to be a Spin Doctor, which rudely snapped up the agenda. There was still one Degree Mill left in the deck so I had about a 1 in 20 chance of hitting it, but instead I was very cruelly rewarded with an access of an unstealable Bellona.